Asbel Kiprop: Standing out a mile 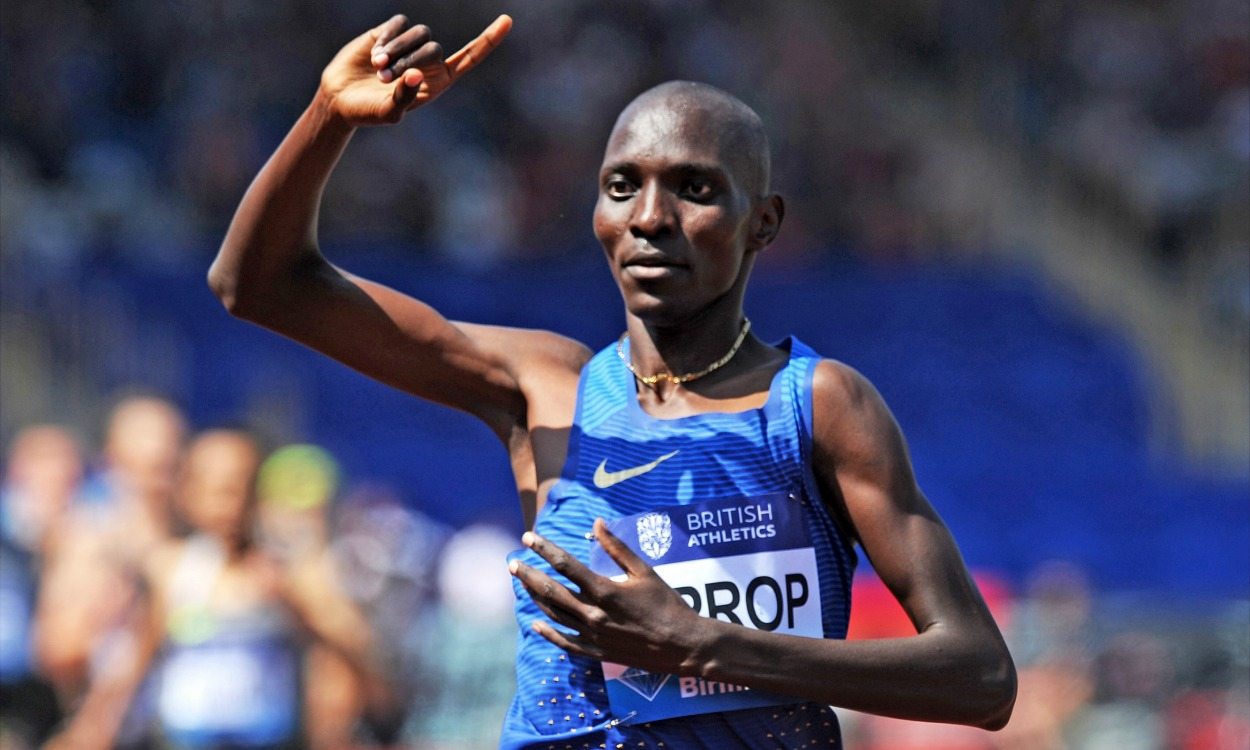 The imposing figure of Asbel Kiprop has been at the forefront of the metric mile internationally for several years, but he spoke with Stuart Weir about his Rio disappointment

He grew up in a village near Eldoret. His father, David, ran for Kenya in the 1987 All Africa Games in the 1500m and later ran marathons.

Like most Kenyans, he began running at school. He says: “In fact running has always been a part of my life. I have had many years of running since I was 13 years old.”

His breakthrough came in 2007 when he won the gold in the 1500m at the All-Africa Games and junior gold at the World Cross Country Championships and finished fourth in the IAAF World Championships in Osaka. He saw fourth as a success, explaining: “I wasn’t disappointed at all because it was the first year of my career and I managed to reach the final in the World Championships and to race against the greats like Bernard Lagat, Rashid Ramzi and those guys I used to watch on TV. It was an achievement for me to line up with them – fourth was very promising.”

In his first Olympics the following year, aged just 19, he finished second behind Ramzi of Bahrain. However, when Ramzi was disqualified following a positive test for a banned substance, Kiprop took the gold medal and it was a bittersweet moment.

“It was good but it didn’t even happen that I won it live on the track,” he said. “I was given the medal afterwards. It would have been even better if I had won the Olympics live on track so I am still chasing the dream – winning the Olympics on the track. That is what I am longing for, what I am really hungry for. I really want to do that and hope I will one day.”

“It would have been even better if I had won the Olympics live on track so I am still chasing the dream – winning the Olympics on the track. That is what I am longing for”

Kiprop was fourth again in the IAAF World Championship in 2009, but his reaction was quite different this time. “In 2009 I was disappointed because I was good and I was close to getting a medal but unfortunately it didn’t happen,” he said. “I was a bit inexperienced and I didn’t clinch a medal.”

He learned from the experience, winning the next three World Championships. He particularly remembers 2011, saying: “In Daegu I won Kenya’s first ever gold medal in 1500m – since the World Championships started in 1983… That was important to me to hear the Kenya national anthem. Following Bernard Lagat in 2007 for USA and Yusuf Saad Kamel, who took the title to Bahrain in 2009, it was my time to win it for Kenya.”

The disappointment in that period of dominance was the London Olympics when he was third in the heat, second in the semi-final but last in the final because of injury. “I had a hamstring injury before going to London,” he said. “I was totally injured and couldn’t help it.”

Kiprop trains mainly in Kenya – in Iten or Eldoret: “My training begins in November, building up all the way to March or April when we start the speed work. I train with a team including James Kiplagat Magut, who was the Commonwealth champion in 1500m, and other good guys. It is an advantage that we have endurance but also the company of guys who run 3:30 and the Commonwealth champion so we have a good training team and programme.”

Training is varied. He explained: “We encounter a lot of miles with endurance, strength and speed work. It’s not that we concentrate on specific training but we mix it up. We do a lot of mileage and we do strength work and lots of exercises. There is speed endurance and sometimes pure speed. To develop speed, once we finish longer sessions on the track we go to shorter ones – 200m five or six times and 100m and 50m times six – sprints and kicks to help with the finishing power in championship races.”

“To develop speed, once we finish longer sessions on the track we go to shorter ones – 200m five or six times and 100m and 50m times six – sprints and kicks to help with the finishing power in championship races”

At the time he was not unduly bothered to lose in Monaco in the context of the Olympics, saying in his understated way: “I think I am at a peak now. We have still got three weeks or a month to Rio. I still have the confidence that I might get a medal.”

In the slow, tactical Olympic final he clocked 3:50.87 behind winner Matthew Centrowitz’s 3:50.00. He ran most of the race towards the back, on the last lap moved on to Centrowitz’s shoulder and was then passed by four athletes in the final 150 metres.

There was a lot of criticism in the media and social networks of his race plan. The armchair experts felt that he was too far off the pace and used up his energy making up ground on the last lap. Others said that a man capable of running 3:26 should not lose a race in 3:50.

He said afterwards that he was not expecting such a slow race. He said the absence of Elijah Manangoi, whom he had beaten into second at the 2015 Worlds, had deprived him of the chance to run as a team. “Manangoi is always a team player and things would definitely have been different if he had been in the race,” he said. “Manangoi is a front-runner while I like trailing from the pack. In his absence, the race was too slow and efforts to try and speed things up were countered by my rivals.”

Kiprop was clearly hurt by the criticism, responding on social media: “Enough please those who expressed their emotions on social media towards me due to my race tactics and loss last night. Spare me for the good I have ever done to Kenya. I have a lot to offer in store. But it’s hurting even more what I read. Remember I’m the only Kenyan who has ever won his country 1500m 3 times at the world championship; yes I’m that Kenyan who represented you in the heating conditions in Mombasa & won you glory as a junior in 2007. I’m your own. I’m born and raised in Kenya under the same flag and National colours. Spare me please I don’t deserve the accusations. I will do much better than that. I’m sorry.”

Kiprop also said after Rio that he would defend his 1500m title in London but after that might switch to the 5000m. That would be an exciting prospect!