Anglo Celtic Plate to return to Perth in 2016 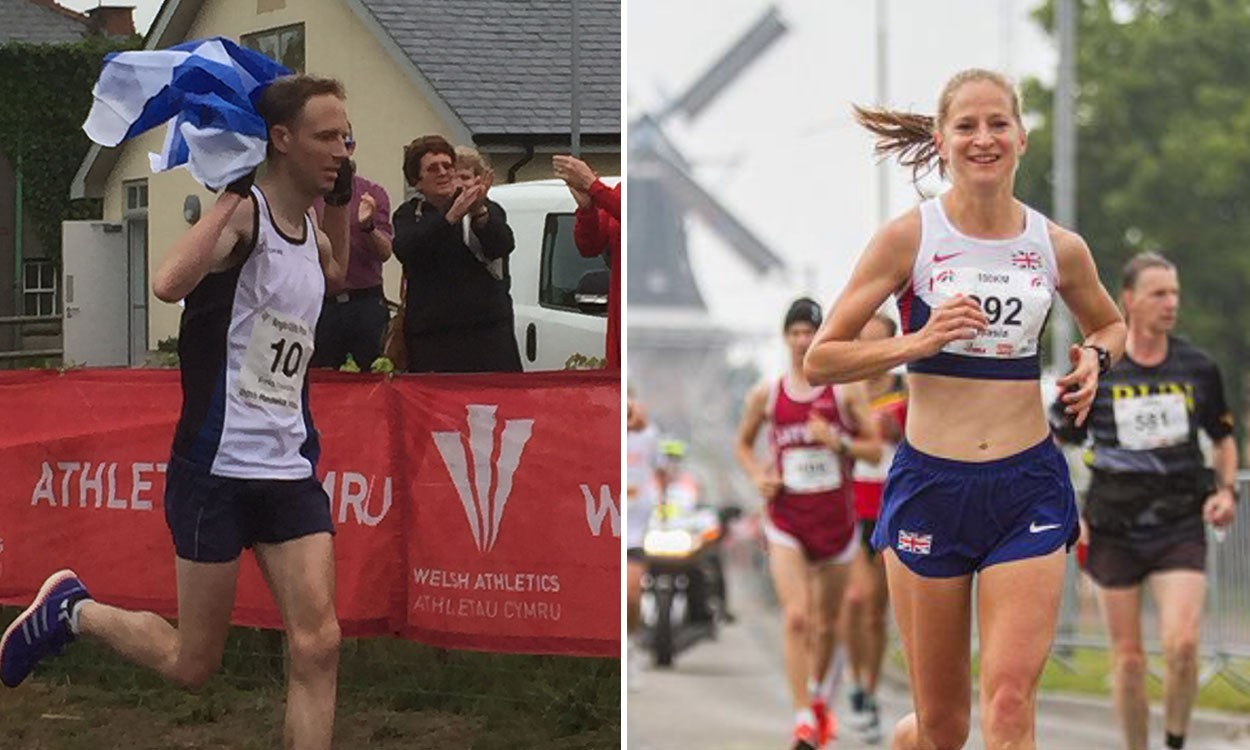 Britain’s top ultra distance runners will converge in Perth at Easter weekend in 2016 for the annual running of the Anglo Celtic Plate, the home countries ultra distance international.

Open 100km and 50km road races will incorporate the British and Scottish Championships as well as the Anglo Celtic Plate event, with North Inch Park’s 2.381km loop on the banks of the River Tay providing the route on March 27.

Already teams from England, Wales and home nation Scotland have committed to the event, which offers an opportunity for experienced and first time ultra runners to run one of the two classic recognised ultra distances on an accurately certified course.

This year’s British champion and 2014 Commonwealth Games marathon runner Ross Houston (pictured with Jo Zakrzewski above) has indicated that if he is fit, he may seek to retain the title he won in a debut time of 6.43:35 when the event was held in Wales.

The recognition of the 50km now as a major annual international championship event will also add a bit of spice to the weekend. Both the 100km and 50km races will be key indicators for selection purposes for future Great Britain teams in 2016 and beyond.

Scottish Athletics CEO Nigel Holl competed for Scotland in the Anglo Celtic Plate in 2004, clocking 7:52:54, and said: “Having personal memories of the Anglo Celtic Plate 100km I’m delighted to see the event heading once again back to Perth and Scotland. The City of Perth has been a tremendous host for ultra running events in the past, and with the ‘ultra scene’ so vibrant – especially in Scotland at the moment, this is an opportune time for the event to return.”

With Scottish athletes such as Jo Zakrzewski and Ellie Greenwood plus Paul Giblin, Tom Owens, Debbie Consani and Sharon Law performing at world level, the potential is there for local stars to shine in Perth.

Race co-ordinator Adrian Stott said: “We are delighted that our small committed team in the Sri Chinmoy Athletic Club have been asked to stage the British Championships again. The Perth course has been proven to be conducive to good times and with the help of British and Scottish Athletics, The Road Runners Club and the vibrant Scottish ultra running community I am sure together we will put on a great event.

“We look forward to welcoming some of Britain’s top ultra runners to Perth again to contest the championships, and hope the open race will provide an opportunity for ultra runners from all over the country to run the classic 100km or 50km distances and that regular marathon runners will be tempted to try the shorter distance as a step up to ultras. The loop course at the North Inch also offers a great venue to watch an ultra race unfold.”