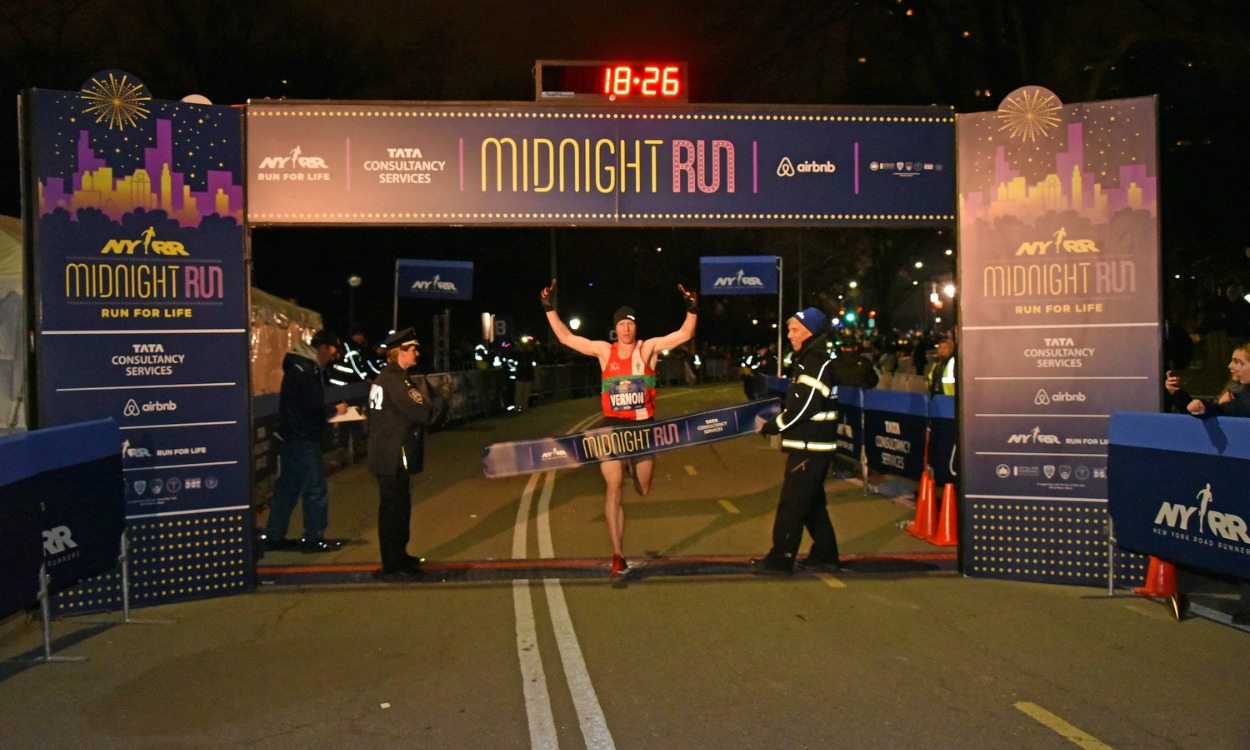 Aldershot athlete starts off 2017 with a win in New York, while Steph Twell finishes fourth at BOclassic

American Sarah Pagano was first woman in 21:06 to retain her title, while Hannah England was sixth on her return after injury.

Photographs of the event will appear in this week’s AW magazine.

Former European under-20 champion Emelia Gorecka in her first road race for over 14 months was first woman by 97 seconds as she won in 16:32.

The men’s race was much closer with Owen Hind winning by inches from Nick Torry in a time of 14:58.

More details in this week’s magazine.

Charlotte Arter was first woman in 16:00.

Alex Yee ran the fastest time on New Year’s Day as he won by two minutes 37 seconds at Dulwich in a time of 14:32 to equal Paul Martelletti’s course record.

The previous week Martelletti had won parkruns on successive days at Hackney and Greenwich despite running over 60 miles on the two days and this week he was in Australia and set course records at West Beach (15:14) on New Year’s Eve and then Mount Barker (15:15) and Strathalbyn (15:28) on New Year’s Day.

Grant Sheldon won the men’s race by a single second from Andrew Douglas in 18:43.

Peter Newton returned from injury to win in 33:28 while Jane Hodgson was first woman.

Les Venmore’s report and David Hewitson’s photograph will appear in this week’s issue.

After a disappointing opening 60m round of 6.77 which saw him trail Emmanuel Stephens’ 6.72, Dwain Chambers responded with his fastest 60m for almost three years as he was timed at 6.64 in the second round to Stephens’ 6.68.