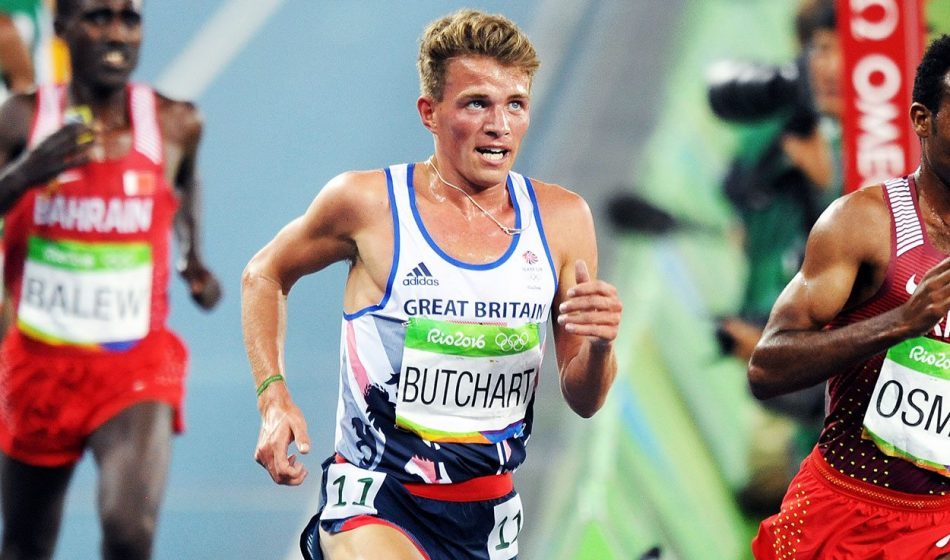 The Olympic finallist moves to fourth on the UK indoor 3000m all-time list, while Harry Aikines-Aryeetey is among the winners at the New Balance Indoor Grand Prix

Andrew Butchart was among the British athletes to impress at the New Balance Indoor Grand Prix on Saturday (January 28) as he ran an outright Scottish 3000m record to finish as runner-up in Boston.

In only his third ever indoor race, the 25-year-old clocked 7:42.97 to improve on Ian Gillespie’s 7:49.86 from 1997 and also better his own 7:45.00 run outdoors last year. That time moves Butchart from 38th to fourth on the UK indoor 3000m all-time list behind Mo Farah, John Mayock and Tom Farrell and saw him beat athletes including Rio 2016 Olympic 5000m medallist Hagos Gebrhiwet and London 2012 medallist Dejen Gebremeskel.

The race was won by Olympic 5000m silver medallist Paul Chelimo in a world-leading 7:42.39.

“I figure I’m in better shape now than I was in Rio, and this is only my third race ever indoors,” Butchart told the IAAF.

Emma Coburn, Sydney McLaughlin, Brenda Martinez and Jenny Simpson combined to set a women’s distance medley relay world best of 10:40.31, improving on the 10:42.57 which had been clocked at the same meeting in 2015 by Sarah Brown, Mahogany Jones, Megan Krumpoch and Martinez.

Harry Aikines-Aryeetey was also among the winners in Boston as he clocked 6.66 and claimed 60m victory ahead of China’s Zhenye Xie, who recorded the same time.

The meeting was the first in this year’s IAAF World Indoor Tour series and the women’s 60m was won by USA’s English Gardner in 7.17, while Britain’s Lynsey Sharp was third over 800m in 2:02.88 behind USA’s winner Charlene Lipsey with 2:02.01.

Portugal’s Patricia Mamona won the triple jump, her 14.01m the best of her four jumps, all which would have been enough to secure victory, while the men’s high jump victory went to Donald Thomas with 2.28m. The men’s long jump was won by Fabrice Lapierre with 7.80m.

Full results can be found here. The next meeting in the IAAF World Indoor Tour series is in Düsseldorf on February 1.