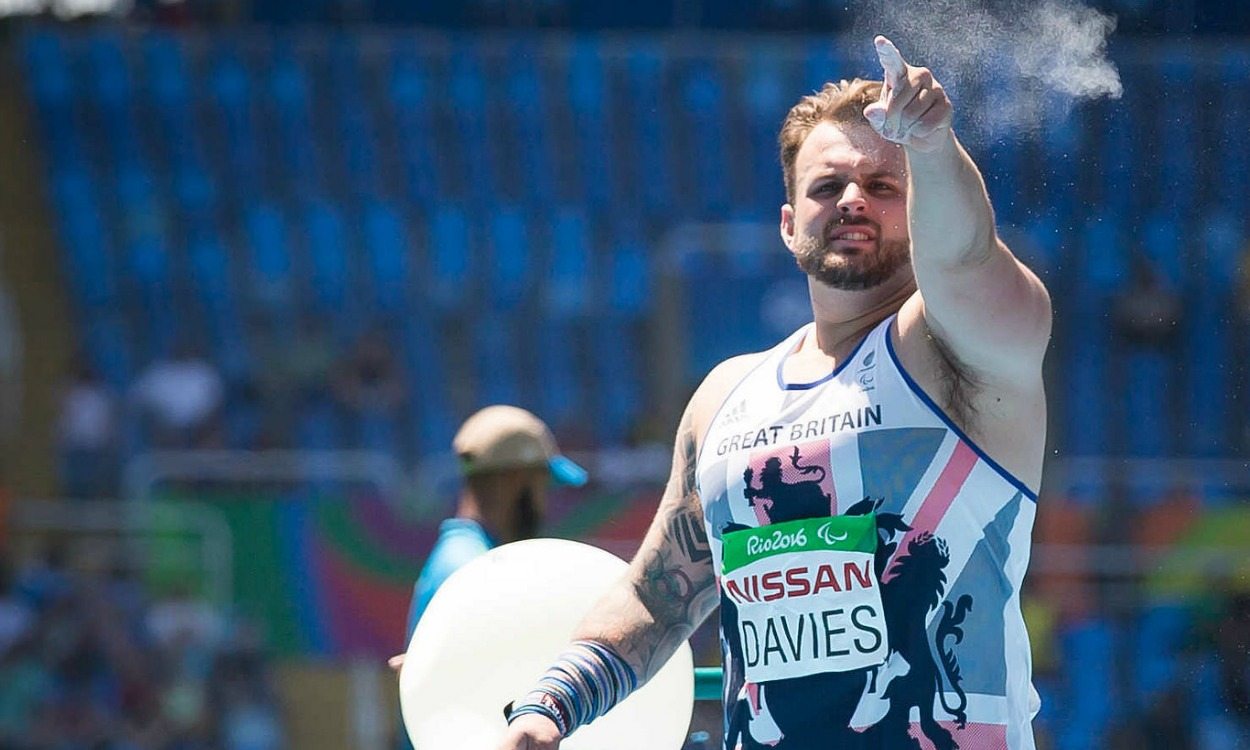 Launching the implement 15.97m in the third round, the 25-year-old Welshman won the competition by more than a metre and a half, beating Sajad Mohammadian with 14.31m and Tyrone Pillay with 13.91m.

“I can’t believe I have done it to be honest,” said London 2012 F42-44 shot put bronze medallist Davies, who is unable to defend his discus title in Rio after it was removed from the programme.

“It has been a tough four years, and particularly a massive two years,” he added. “I changed everything in 2014 and moved to coach Ryan Spencer-Jones. He believed in me and he has pushed my aspirations through the roof. Even today, I’m not very happy with the performance because I know I am in 16.5m shape. But it doesn’t matter, I have delivered on the Paralympic stage.”

Contesting the first of what he hopes will be five finals in Rio, six-time Paralympic gold medallist David Weir had to settle for fifth in a T54 400m won by Kenny van Weeghel of Netherlands in 46.65. Frustrated with his start, Weir, who clocked 47.30 to finish one place behind his GB team-mate Richard Chiassaro with 47.17, will now look ahead to the 1500m heats this evening.

“I don’t know what happened, I just didn’t get away as cleanly as I did yesterday,” said Weir. “My top speed wasn’t as high as it could have been, but it’s just one of those things.”

Ukraine’s Ihor Tsvietov broke the Paralympic record with a time of 27.62 to add the T35 200m title to his 100m gold, while GB’s Jordan Howe placed seventh in 27.62. Cuba’s triple world champion Omara Durand, who is the world’s fastest female Paralympic sprinter, also completed a sprint double as she clocked a 23.05 Paralympic record to win the T12 200m title after her gold over 100m.

A further Paralympic record-breaking performance came in the T37 400m heats, as Britain’s 100m winner Georgie Hermitage easily won in the first round, clocking 63.44. Libby Clegg was another heats winner as together with her guide Chris Clarke the 100m gold medallist was dominant in her T11 200m heat, running 25.90. Brazil’s seven-time world champion Terezinha Guilhermina won her heat with a time of 25.07.