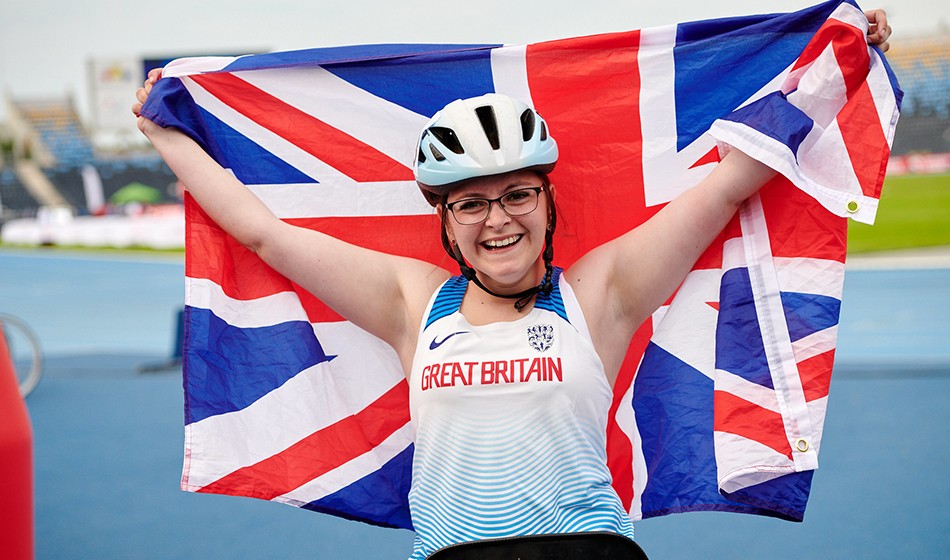 Kayleigh Haggo smashed the world record for the Women’s RR3 100m and Dan Pembroke set a European record in the men’s F13 javelin as they both won gold medals along with fellow Brit Rafi Solaiman in the men’s RR3 100m.

Haggo lowered the women’s RR3 100m world record as she added the European title to the world gold she won two years ago. The Scottish athlete improved her European silver medal from 2018, producing a dominant display to win in 18.11 (1.0m/sec), nearly a second-and-a-half quicker than her closest competitor.

She said: “I’m so so happy. I’ve been working really hard so for that to pay off means so much. Things have been going well in training and I’ve been setting some really quick times so far this season, so to break the world record here at these championships, I can’t put into words how much it means to me.

“It’s always great for us to have frame running at these championships, so to come away with gold this time is just amazing. The girls are getting faster so the standard is getting stronger across the board which is great for the event.”

Pembroke improved his personal best by nearly 11 metres as he threw three PBs and a European record of 66.75m to claim gold in Bydgoszcz. It was a memorable day for the Windsor Slough Eton and Hounslow athlete who was wearing the British vest for the first time in 10 years.

He told British Athletics: “I haven’t competed at a competition at this level for 10 years, so coming out there in the first couple of throws it was quite overwhelming. My technique went out of the window but then I started to loosen up a bit. My coach, Dave Turner, was on zoom watching it so he saw the whole combination of throws and he told me to get a bit more speed at the end of the runway. And then, bang, it went out there, consecutively over 60 metres. 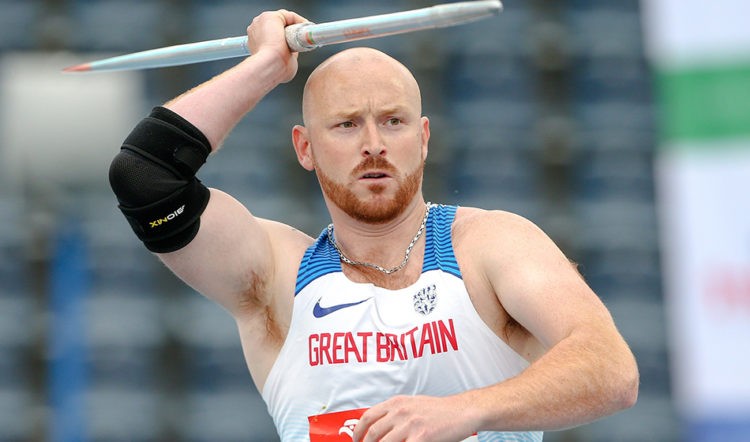 “On the last throw, Dave was there and he said on the throw before, my speed wasn’t in it. I had one more opportunity, so I had to go for it, and if I went over the line, then I went over the line. I said to the guy officiating, ‘I’m going to go for the championship record now’. I relaxed and it just happened, so I’m really pleased.

“I never thought I’d be throwing javelin again after snapping my medial collateral ligament in the year of the actual Olympics (2012). Then I realised I could compete in para sport and it has given me a new opportunity in my life. I have so much gratitude to so many people for getting me in this position.”