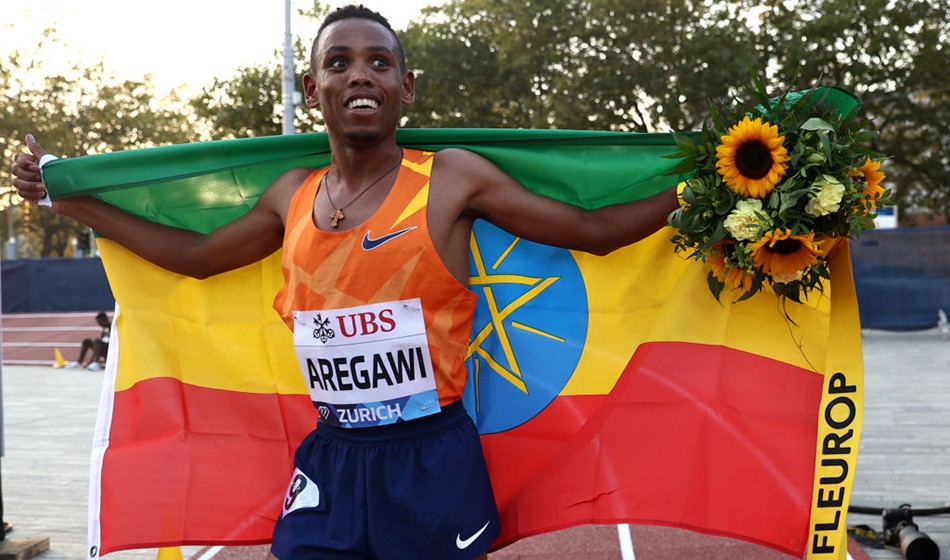 The 2021 athletics year ended in style when Berihu Aregawi and Ejegayehu Taye set world records for 5km on the roads at the Cursa dels Nassos event in Barcelona on Friday (Dec 31).

Aregawi, who won the Diamond League 5000m in Zurich in September, ran 12:49 to beat Ugandan Joshua Cheptegei’s world mark of 12:51 which was set in Monaco in February, while fellow Ethiopian Taye clocked 14:19 for a women’s record.

Apart from the first kilometre, Aregawi ran much of the way by himself as he finished 41 seconds clear of runner-up Peter Maru of Uganda as Mike Foppen of Netherlands was third and Mehdi Belhadj and Yohan Durand of France fourth and fifth.

Taye ran an Ethiopian 3000m record of 8:19.52 this year and in Barcelona on Friday the 21-year-old was able to use some of the men as pacemakers as it was a mixed sex race. Sweden’s Meraf Bahta was second woman home in 15:04 with Carla Dominguez of Spain third in 15:51.

The previous women’s world 5km record in a mixed race was 14:43 set by Beatrice Chepkoech in Monaco in February whereas Senbere Tefere clocked 14:29 set in Germany in September in a women-only race.