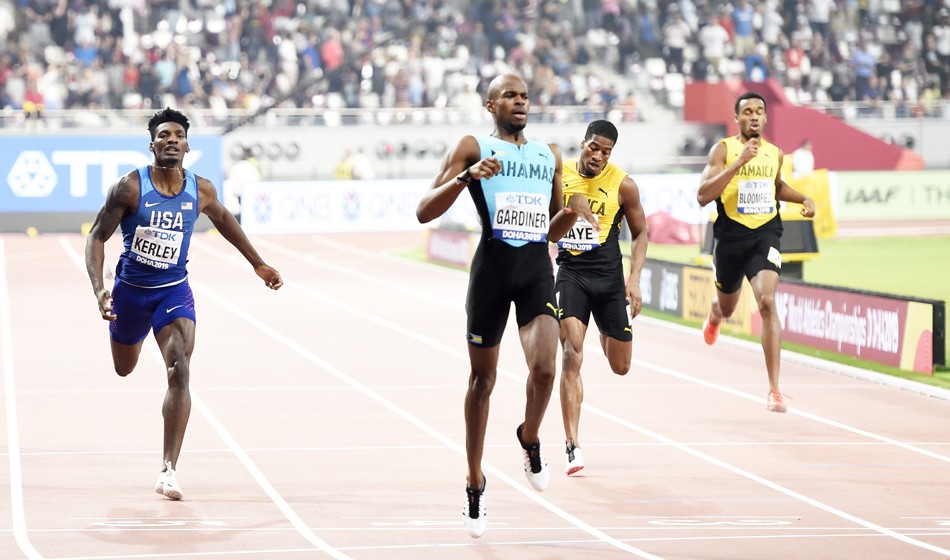 Little over a month since his country was left devastated by Hurricane Dorian, Steven Gardiner brought some joy to the people of the Bahamas by winning the world 400m title in Doha.

The strongest hurricane to hit the Bahamas caused billions of dollars worth of damage and led to the deaths of more than 60 people, with hundreds others still missing.

On Thursday at the IAAF World Championships in Doha the women’s 400m hope Shaunae Miller-Uibo from the Bahamas won silver but on Friday night the men’s title went to Gardiner.

Gardiner’s 43.48 world 400m title in Doha saw him beat Colombian Anthony Jose Zambrano, who ran a South American record of 44.15, as Fred Kerley of the United States placed third in 44.17.

Only world record-holder Wayde van Niekerk, Michael Johnson, Butch Reynolds, Jeremy Wariner and Mike Norman have run faster than Gardiner in a tremendous race, although the atmosphere in the stadium was more stilted after the crescendo of sound a little earlier during Mutaz Essa Barshim’s high jump heroics.

Gardiner, 24, finished runner-up to Van Niekerk in London two years ago but improved his PB of 43.87 in the race of his life in Doha. Zambrano also took more than half a second off his 44.68 PB.

“Hurricane Dorian was very devastating for my family and my island,” said Gardiner. “I just wanted to go out tonight and do my best. I was able to bring home a medal for my country.”