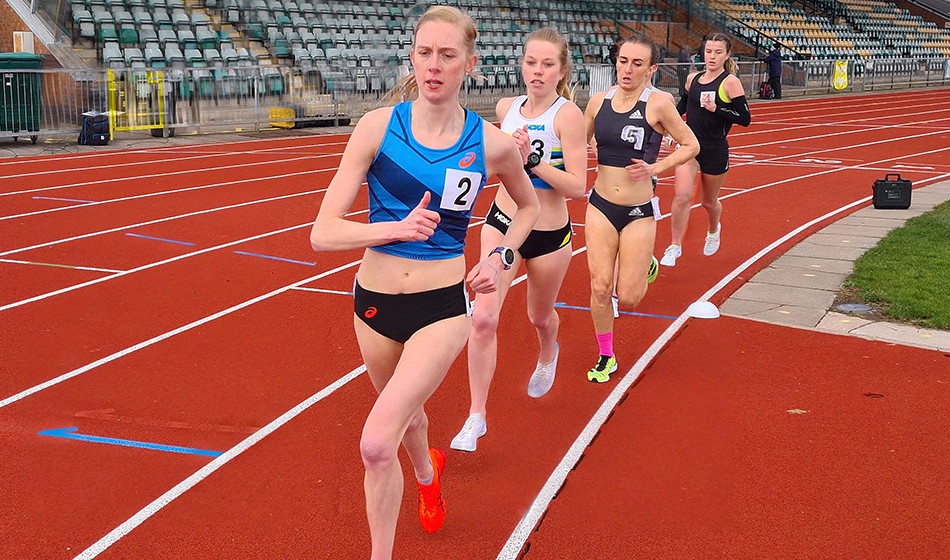 Lily Partridge and Emile Cairess gatecrashed the Elite Only Winter 10k in Newport as they took victories at the South Wales meeting.

The pair had accepted the invitation to join some of the top Welsh Athletes at a track 10,000m event that hoped to give athletes an opportunity to race ahead of the British Olympic marathon trials in Kew Gardens later this month. For others it was an opportunity to test fitness and see how close they could get to qualification standards for major championships.

Conditions were ideal with almost no wind and cool temperatures. Pacemaker Ieuan Thomas led the men out as Cairess, Kris Jones, Dewi Griffiths and James Hunt passed halfway in 14:10 and on course for Commonwealth Games qualifying times.

Griffiths lost ground on Cairess and Jones with around five laps to go. Soon after Cairess began to pick the pace up and built up a commanding lead on Jones.

Griffiths was the third athlete home in a solid 28:45.72, signalling that his preparations for the Kew Gardens spectacle on March 26 are going to plan.

Charlotte Arter led the early stages of the women’s race (see main image), ‘putting in a shift’ to help training partner Jenny Nesbitt who was chasing the women’s qualification mark of 32:30.

Arter, Nesbitt, Clara Evans and Lily Partridge remained intact past the halfway point where they were on target pace to the second. Nesbitt then took a turn to lead but when the pace slowed in the latter stages Partridge pulled clear of the others and finished strongly in 32:33.16.

“It was really good,” said Partridge. “It was obviously a confidence booster, I think I needed it ahead of Kew Gardens in three weeks’ time.

Sarah Astin had been chasing a qualification mark for the European U23 Championships in Bergen this summer but had to settle for a debut over the distance of 34:25.35.

The 10,000m Race Walks were next up and also intended to offer athletes a preparation race ahead of the Olympic selection event in Kew Gardens.

Callum Wilkinson of Enfield & Haringey scored a dominant solo victory to break his own national record by nearly 50 seconds, setting the new mark at 39:05.85.

He said: “I’m very happy with that. I was keen to get a race under my belt. It was important to get a strong effort before the 20km trial in Kew at the end of the month.

“You’ve got to put yourself through a certain amount of pain in a 20km and so a really fast 10km is a good way of practicing that without having to batter yourself doing a 20km race.” 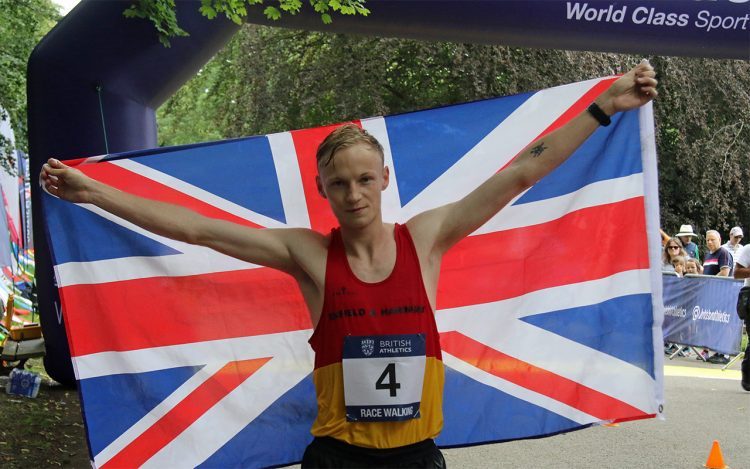 Heather Lewis was unlucky to miss her Commonwealth Games qualification target of 46:00 because of a penalty due to a technical infringement. Her time of 46:44.77 did not do her performance justice following the 60-second penalty but her time was still a lifetime best.

The races were preceded by an elite only discus event which featured current British women’s champion Kirsty Law of Sale Harriers who followed up a victory at Loughborough last week with a throw of 54.96m in Newport. Samantha Callaway was the runner-up behind Law in Loughborough and threw 48.71m here.