Nairobi rocks at World Under-18 Champs 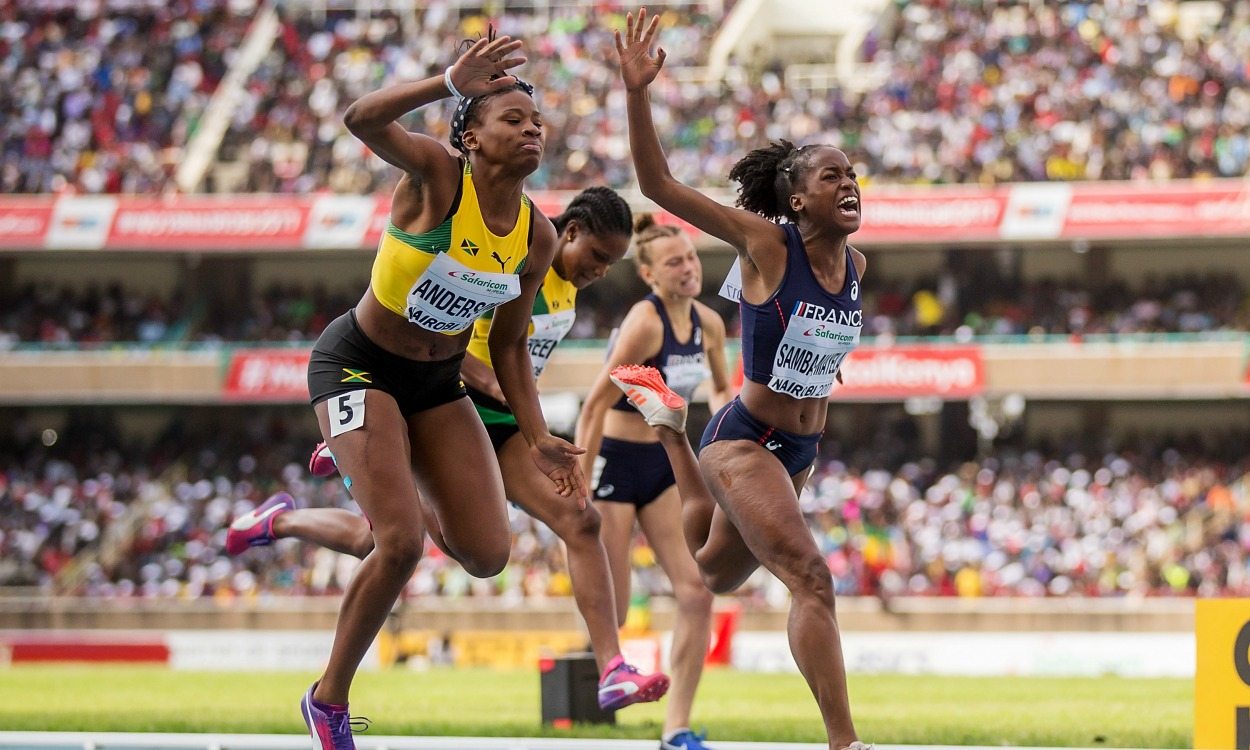 More than 50,000 fans packed into the Kasarani Stadium in the Kenya capital of Nairobi as IAAF World Under-18 Championships drew to an end.

Formerly known as the World Youth Championships, the event is being discontinued after this 2017 event but it finished in style with large crowds cheering on the athletes.

The championships in the past has proved a springboard for athletes like Usain Bolt, Valerie Adams and Allyson Felix and it will be interesting to see who breaks through from the class of 2017.

It could be Britany Anderson of Jamaica (pictured), who clocked the fastest ever 100m hurdles time by an under-18 woman of 12.72 – albeit assisted by an illegal tailwind of 4.1m/sec – as she beat Cyrena Samba-Mayela of France by eight hundredths of a second.

The partisan Kenyan crowd had plenty to cheer when Jackline Wambui and Lydia Jeruto Lagat made it a Kenyan one-two in the 800m, with Wambui running 2:01.46.

Kenyans did not have it all their own way, though. In the 3000m, Selemon Barega struck gold for Ethiopia with 7:47.16.

Barega’s gold added to the Ethiopian 800m and 1500m victories on Saturday, which was also in front of a huge crowd.

Earlier in the championships Tshenolo Lemao had won the men’s 100m from fellow South African Retshidisitswe Mlenga but in Sunday’s 200m final the order was reversed as Mlenga took gold in 21.03.

United States, Great Britain, Australia, Canada and Japan were among a number of countries choosing not to send teams to Nairobi for the event. However, the podium was not completely dominated by African athletes.

Cuba’s Marisleisys Duarthe won the women’s javelin with 62.92m. In the women’s 200m, Talea Prepens of Germany took gold with 23.51.

Earlier in the championships there had also been a world under-18 best in the men’s triple jump from Cuba’s Jordan Diaz with 17.30m.

» See the July 20 issue of AW for full coverage