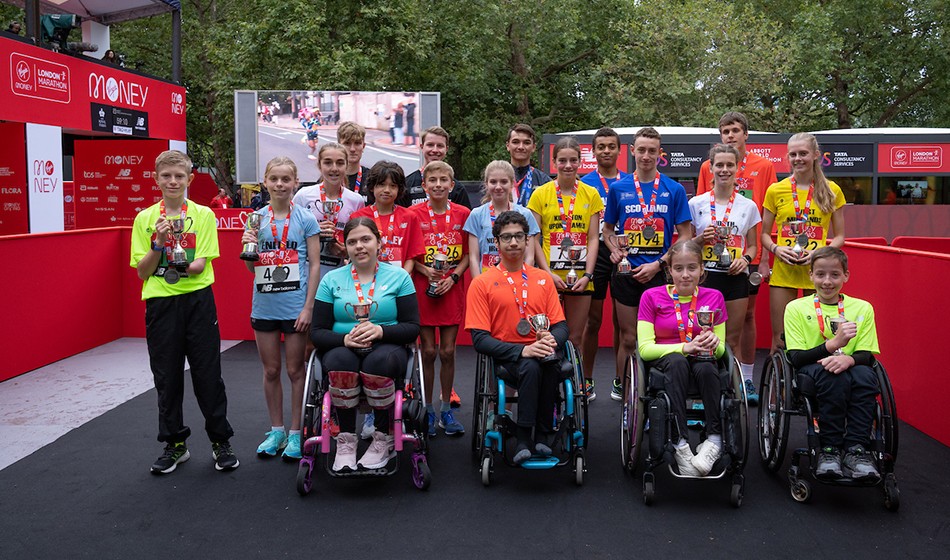 History tells us that the Virgin Money Giving Mini London Marathon is a breeding ground for future Olympians and Paralympians. Athletes such as Mo Farah and David Weir have competed in it in the past whereas Tokyo Olympians like Keely Hogkinson, Laura Muir and Josh Kerr also ran it during their youth.

It is not always the winners who go on to reach the top either. Hodgkinson, the Olympic 800m silver medallist this summer, finished a mere 89th in her first Mini Marathon in 2014, whereas Muir was only 22nd in 2010 and Kerr’s positions ranged from fifth to 52nd as a teenager.

Alex Yee, the Olympic triathlon medallist, did the Mini Marathon several times as a youngster based in London and his positions ranged from winning bronze through to 65th place.

As the official starter this year, Yee set the athletes on their way too on a shorter-than-usual 2.6km event from Temple Place to The Mall.

Jess Bailey and Zoe Gilbody won the under-17 women’s and under-15 girls’ races respectively. When the pandemic was breaking out in spring two years ago they finished in a near dead heat at the English Schools Cross Country Championships at Sefton Park in Liverpool. On that occasion the judges gave the verdict to Gilbody but here they were in separate age groups and both took home a gold medal. 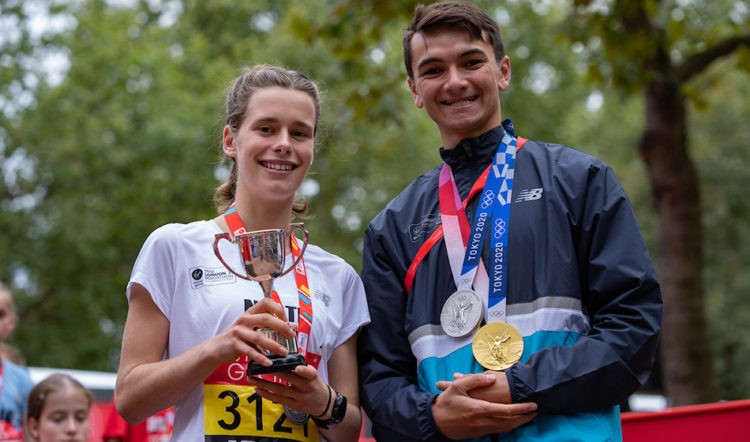 “We had a nice reunion,” said Bailey, “and it was good to meet up with everyone here and see everyone again at such a big event.”

The Cumbrian athlete, who is slightly older than the West Midlands runner Gilbody, added: “My legs felt a bit dead at the start and I didn’t think it was going to be my day but once I got to the first kilometre I felt really fresh and pushed it.

“I didn’t really have a plan but coming past Buckingham Palace I got a burst of adrenaline and was suddenly at the finish.”

Bailey says her first taste of success at a national level was winning bronze in the Mini Marathon as an under-13. She is now looking forward to the cross-country season and possibly clashing with her old rival Gilbody at some point.

The standard of performances at the Mini Marathon was illustrated by the fact the under-17 men’s title went to Nick Griggs – the reigning European under-20 3000m gold medallist.

Griggs took that title in Tallinn this summer aged just 16 in 8:17.18 and here in London he was representing Northern Ireland as he sped to gold less than a month after suffering from a dose of Covid. 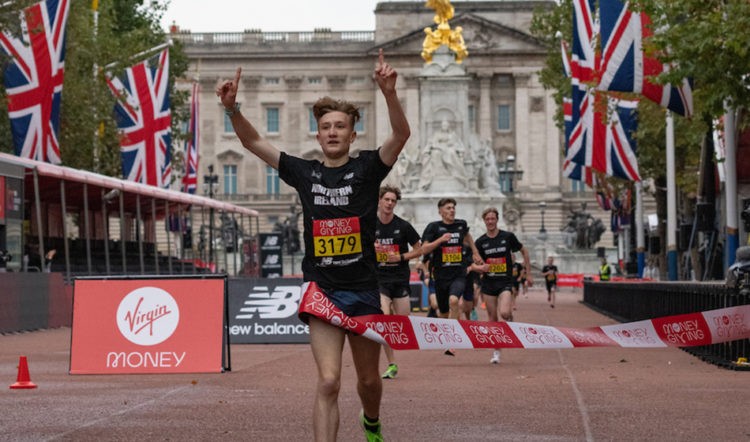 “In a race like this there is lots of jostling at the start,” he told AW. “I was worried about getting boxed so I went out hard, slowed down in the middle and then managed to push on at the end and hang on for the win so it worked out pretty well.”

It was better than his first appearance in the event when he finished close to the back. “I hit the wall, even though it was only a three-mile race, but it was a good learning experience,” he remembers. “This is still only about my third race ever on the roads. I’m mainly a track guy.”

Like many of the young athletes he was wearing carbon fibre ‘super shoes’ and he smiled: “It’s what you need these days. You can’t get by with a pair of thirty quid trainers.”

Gianleo Stubbs was also all smiles after taking the under-15 boys victory. The Hertfordshire youngster, who was fifth in the English Schools 1500m this summer, said: “I was wrestling with the other athletes but on the last turn I did what my dad told me, which was to push on. I give this race to Jesus Christ and it was really good.”

Like a number of winners on Sunday, he had finished well down in his early attempts too, in this case 79th just two years ago. 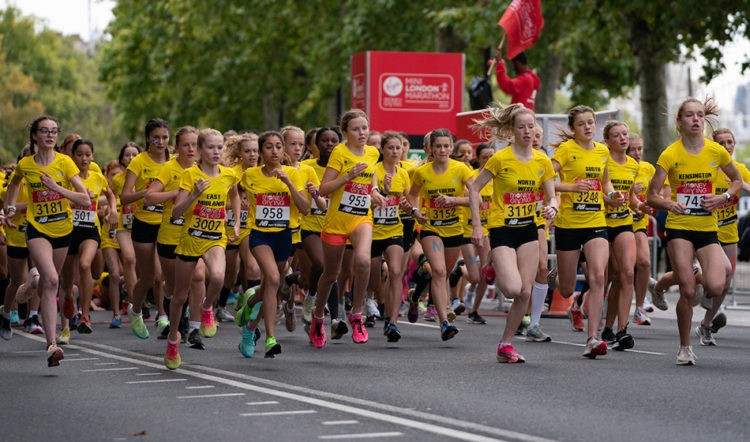 Elsewhere the under-13 titles went to Emer McKee of Northern Ireland and Jake Meyburgh of the South East.

“It was really amazing!” said McKee afterwards. “I’ve never been to London before and it’s so cool to be here and winning my first race in London. I didn’t have a plan – I just ran as fast as I could!”

In the wheelchair races, Illias Zghoundi and Chloe Lewis took the under-17 victories, while Oliver Porter and Yasmine Hodkinson won the under-14 events.

Zghoundi is advised by former multiple winner Weir and said: “I’m really happy with my first place. David Weir has been a big influence on me and it’s great to follow him.”