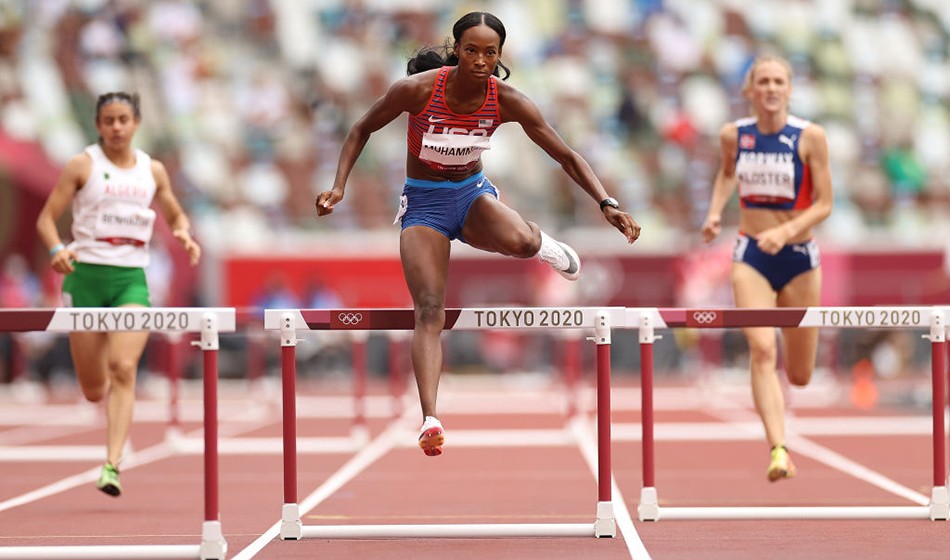 The main medal contenders in the women’s 400m hurdles made it through their heats comfortably during the morning session on the second day of Olympic athletics action.

Racing early on Saturday (July 31) reigning Olympic and world champion Dalilah Muhammad of the United States led the qualifiers with a 53.97 victory in heat five.

Muhammad had Covid in the run-up to the Games too but is back to full health. “It feels good on the track, but I don’t know if it is because of the track or because I am in great shape,” she said.

Femke Bol of the Netherlands was next quickest with 54.43, followed by Anna Ryzhykova of Ukraine with 54.56.

World record-holder Sydney McLaughlin was fourth-quickest with a 54.65 win in heat three but the American looked relaxed as she cruised to victory. “It feels pretty fast, I must say,” she said of the track. “You can feel the bounce. Some tracks just absorb your bounce and your motion, this one regenerates it and gives it back to you.”

There were mixed results for British 400m hurdlers, with only Jessica Turner progressing to the semi-finals after coming fourth in Bol’s heat in 56.83.

Jessie Knight suffered a disaster in the same heat as McLaughlin as she stumbled on the first bend and was unable to finish. The 27-year-old crashed to the track before she approached the barrier and was a frustrated onlooker as McLaughlin completed the race untroubled. 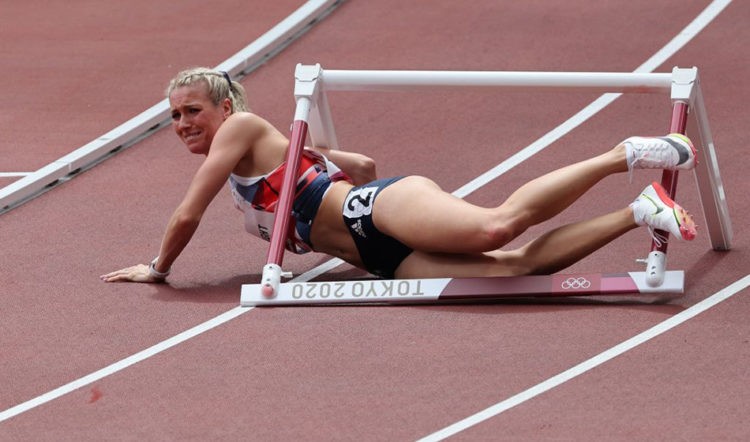 Meghan Beesley also had a bad day as she finished seventh in 55.91 in Ryzhykova’s heat. Later, the 31-year-old suggested she is poised to retire, too.

Beesley said: “It wasn’t great. I am glad that I am done now and that I am an Olympian and I don’t have to hurdle ever again.

“I just got tired towards the end. It’s been like that all year. I think in my head that my last race was at British Champs, so I found it really hard to come here and re-evaluate my season. I am so happy that I am an Olympian and can tick that box off.”

Despite qualifying, Turner wasn’t totally satisfied either and said: “Honestly it was such a bad race, it was very, very rusty. I’ve had a tough run-up leading to this race so I’ve not been able to train properly due to injury but I’m just happy to get around in one piece and to get that automatic spot. But also I need to get back to my coach and see what we can iron out. The semi is a new day, a new race, so let’s hope it’s a good one.”

Turner added: “Now I’m here it’s just amazing. It’s a shame there’s no crowd but it’s still the Olympics and I’m still chuffed to be here, and obviously everyone’s watching at home so I’m just going to run for them. My boyfriend, my parents, my whole family are staying up to watch it. I’ve just had such nice messages from everyone and I’m just so lucky to have such great people in my life.”

Jasmine Camacho-Quinn of Puerto Rico arrived in Tokyo as world No.1 in the women’s 100m hurdles and she began her campaign in style with a 12.41 (0.3) victory in her heat.

Not only did it lead the qualifiers but it is the fastest-ever time in an Olympic heat.

World record-holder Keni Harrison of the United States also qualified comfortably but in a slower time of 12.74.

British sisters Tiffany Porter (12.85) and Cindy Sember (13.00) also progressed although Sember, who was fourth in the Rio Olympics in 2016, looked a little under par as she finished fourth in her heat.

Sember said: “I didn’t have a very good reaction to the gun, so I think that threw me off, but I know for a fact that tomorrow I will be better. It is not a true representation of how training has been going so I’m excited to make it through and I’ll move on.” 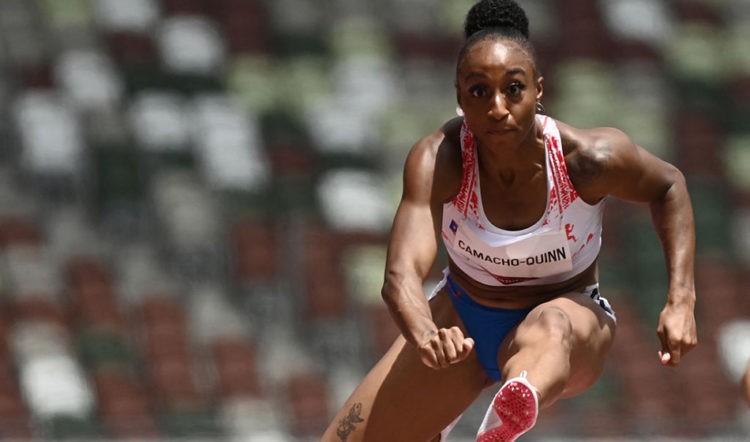 Sandra Perkovic is going for a hat-trick of Olympic discus titles in Tokyo and she topped group A of qualifying with 63.75m.

Valarie Allman of the United States threw further in group B later in the morning, though, with 66.42m, with Kamalpreet Kaur of India the second furthest in qualifying with 64.00m.

Perkovic feels American athletes like Allmann have an unfair advantage in Tokyo, too. “We have 128 people all trying to use one circle,” the Croatian said about training at the Games. “So in my last three training sessions I only threw three, four, five times because we are waiting 40 minutes to get a throw.