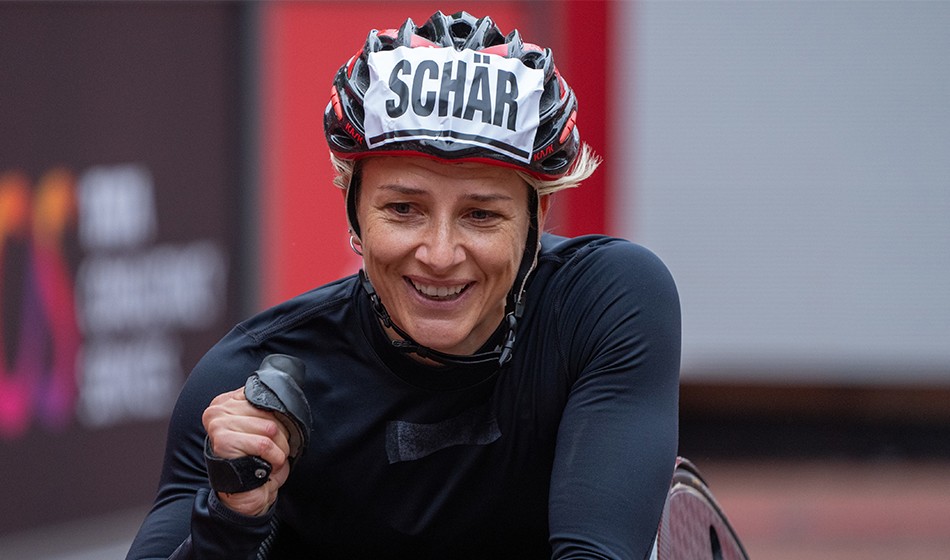 Manuela Schär and Marcel Hug each won their third London Marathon titles with ease as they set course records in the British capital.

Such was the dominance of Schär that she led by 38 seconds after 10km before extending that gap to 1:52 at the half-way mark. The second half of the race became a procession.

The Swiss athlete, who won silver at the Paralympic marathon in September, said: “Oh my god, it’s so amazing to be back on this course and I enjoyed it so much. The crowd and the weather were both perfect and I had a great day.

“I felt it was fast but I didn’t know if it was inside the record and I’m super glad I got it.” 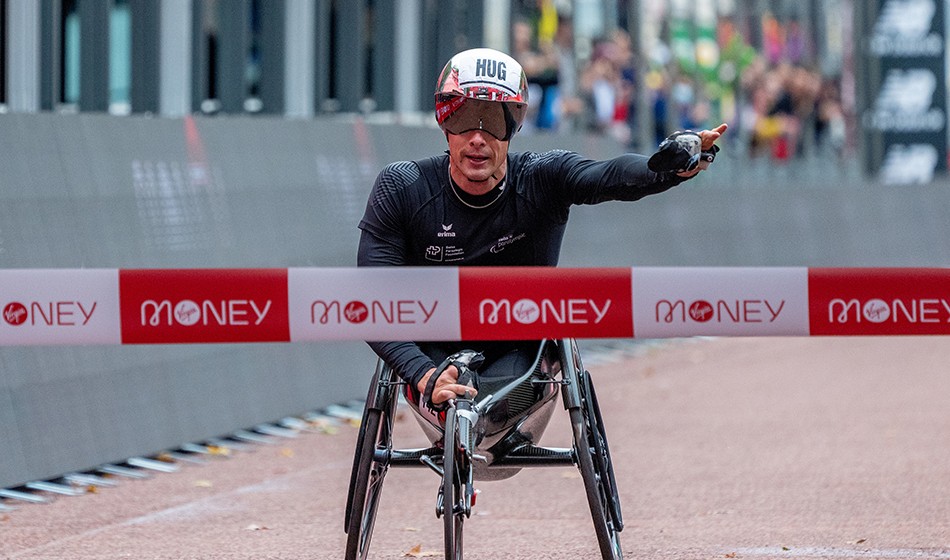 In the men’s race beforehand, Hug dominated and set a time of 1:26:27, following up victories in the Paralympic and Berlin Marathons to win in London by three minutes.

400m Paralympic champion Daniel Romanchuk eased to second place with 1:29:27 while David Weir, in a gripping battle for the last spot on the podium, saw off last year’s champion Brent Lakatos – who beat the Briton by just two seconds on that occasion – in a pulsating sprint finish.

Hug and Romanchuk had broken away from the field and were over a minute ahead of the rest of the pack at the halfway stage. By 25km, however, Hug developed a lead of 27 seconds and never looked back as he put the after burners on to race away.

Weir, competing in his 22nd consecutive London Marathon, has won the title on eight occasions but getting on the podium this year may have meant as much, judging by his reaction, with an emotional ‘Weirwolf’ punching the air in delight as he crossed the line.

Commonwealth silver medallist John Charles Smith finished sixth and was over nine seconds off the lead.

Hug, who won four gold medals at the Paralympics, said: “It’s very nice to be back here in London with this great atmosphere and it was just perfect to have this great competition.

“We’ve got a lot more marathons and I’m off to the US next to compete in Chicago.” 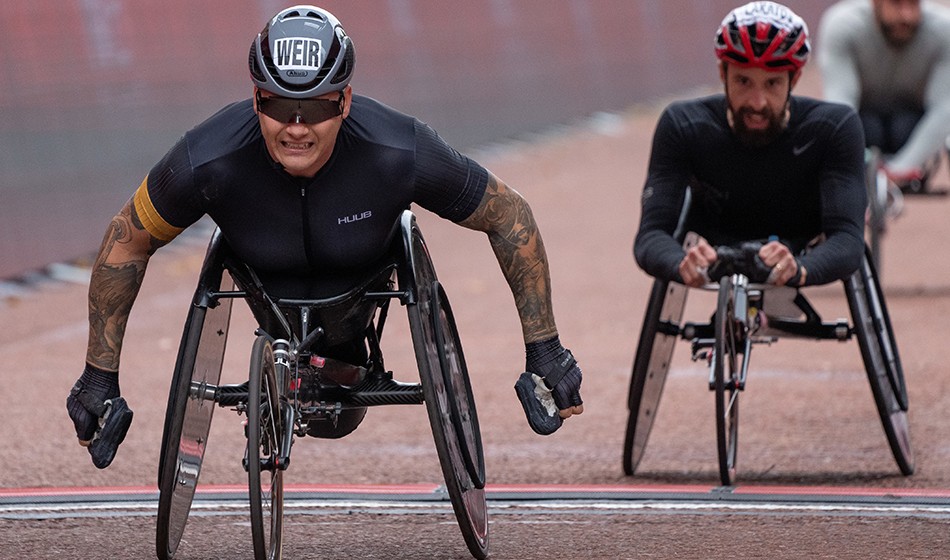 Weir, who had said that Hug’s ‘Ferrari’ chair gives him an edge, was pretty reflective after an impressive finish on The Mall.

“Having a bit of a crowd supporting you is great and it’s good to be back on the old course,” the 42-year-old said.

“Doing the loops last year was quite draining and repetitive but today I was motivated as I had the crowd cheering me on the course so it gave me a boost.

“It’s my 22nd [London] marathon in a row and I don’t know how many more I’m going to do now so it must be a record for me now to keep on going.”