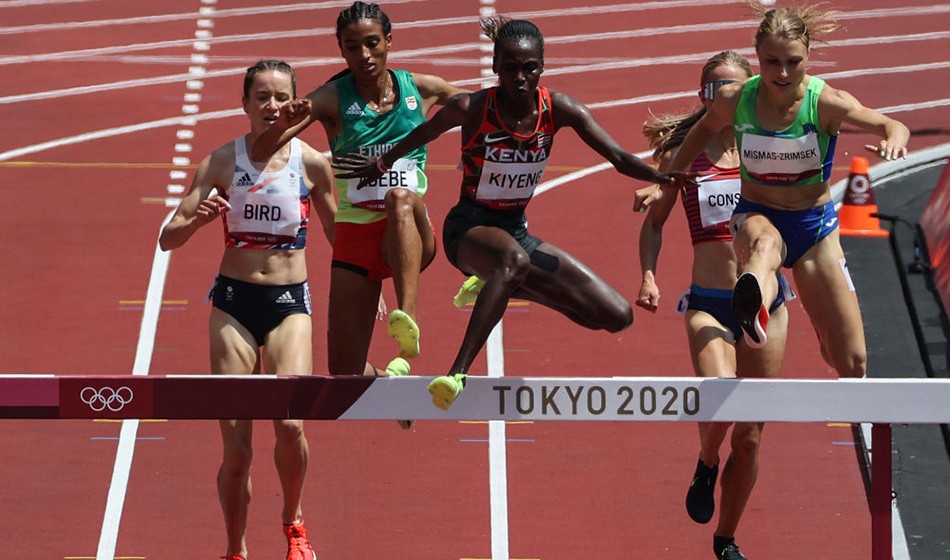 With trackside temperatures hovering at 37°C, the women’s 3000m steeplechase heats were run in gruelling conditions. It did not slow down the performances, though, as Winfred Yavi of Bahrain led the qualifiers with the fastest heat time in the event’s history – 9:10.80.

Peruth Chemutai of Uganda, Emma Coburn and Courtney Frerichs of the USA, Gesa Krause of Germany and world record-holder Beatrice Chepkoech of Kenya were also among the leading qualifiers.

Lizzie Bird, meanwhile, became the first British woman to qualify for the final of this event in its relatively short history as she clocked 9:24.34. It was only a couple of seconds outside her UK record of 9:22.80 as she finished fifth in the third heat.

“I didn’t want to come here just for the experience,” she said. “I wanted to compete and get as high as I can and this year, more than ever, I knew I could be competitive.”

There was no joy for GB team-mate Aimee Pratt, however, as she clocked 9:47.56 for 11th in her race. A “shocker” is how she described it, adding: “It’s a big achievement to get to the Olympics but it’s not nice to run so badly when you get here.”

Anita Wlodarczyk, the world record-holder and Olympic champion in 2012 and 2016, stamped her authority on the women’s hammer qualifying with a 76.99m first throw for automatic passage to the final. 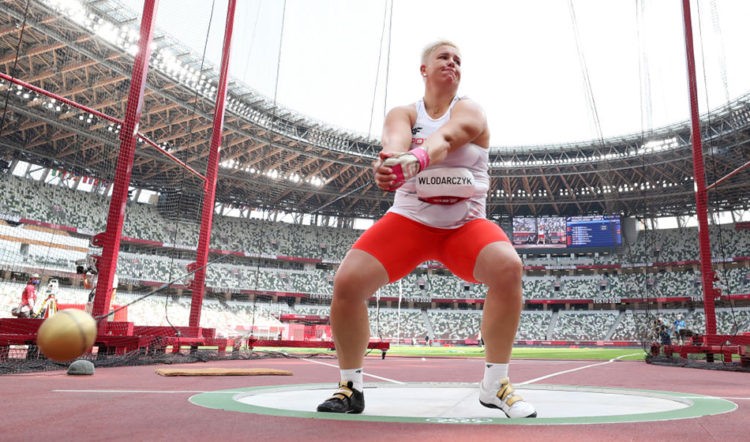 With a jump of exactly 7.00m (0.1), Ivana Spanovic of Serbia led the women’s long jump qualifiers on Sunday morning in Tokyo.

There was mixed success for the British long jumpers, though, as Abigail Irozuru (6.75m) and Jazmin Sawyers (6.62m) went through to the final but team-mate Lorraine Ugen (6.05m) did not.

Irozuru added: “It sucked to miss Rio and London, but it is extra special to be here at this very weird Olympic Games. But for me it wasn’t weird. The whole experience, being in the stadium, there was atmosphere, there was life, this has literally been the highlight of my whole Olympic experience so far so I’m loving it.” 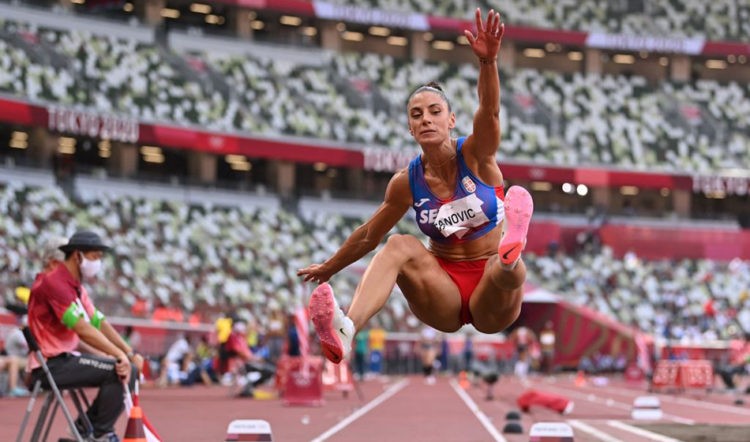 The men’s 400m took place with the fairly unique situation of there being no Brits in action. The first heat saw Botswana’s 2015 world finalist Isaac Makwala win in 44.86 from 2012 Olympic winner Kirani James’ 45.09.

The second heat was remarkable, with world leader and NCAA champion Randolph Ross seemingly making little effort to make the top three and his fourth place 45.67 was insufficient for a fastest loser’s spot in a race won by Saudi Mazen Al Yassin’s 45.16 PB.

Heat three saw the USA fare better with Michael Cherry on top in 44.82, a run which was the fastest of the day.

The fourth heat saw the curiosity of Emmanuel Korir seemingly getting himself deliberately disqualified with a false start so he could focus on his later 800m semi, though the acting was certainly not academy award-winning and was the most limp false start in Olympic history.

When the athletes actually ran there was a win for Colombian Anthony Zambrano in 44.87 from Australian Steven Solomon’s 44.94 PB.

Defending champion and world record-holder Wayde Van Niekerk qualified in third in 45.25 but the South African looked far from his best.

World champion Steven Gardiner eased to victory in heat five in 45.05 as Poland’s newly-crowned mixed 4x400m champion Karol Zalewski seemingly paid for his gold medal-winning run as he pulled up and walked across the line in 2:15.38!

Liemarvin Bonevacia of the Netherlands impressed with a 44.95 win in heat six ahead of US Trials winner Michael Norman, who ran a very easy 45.35.