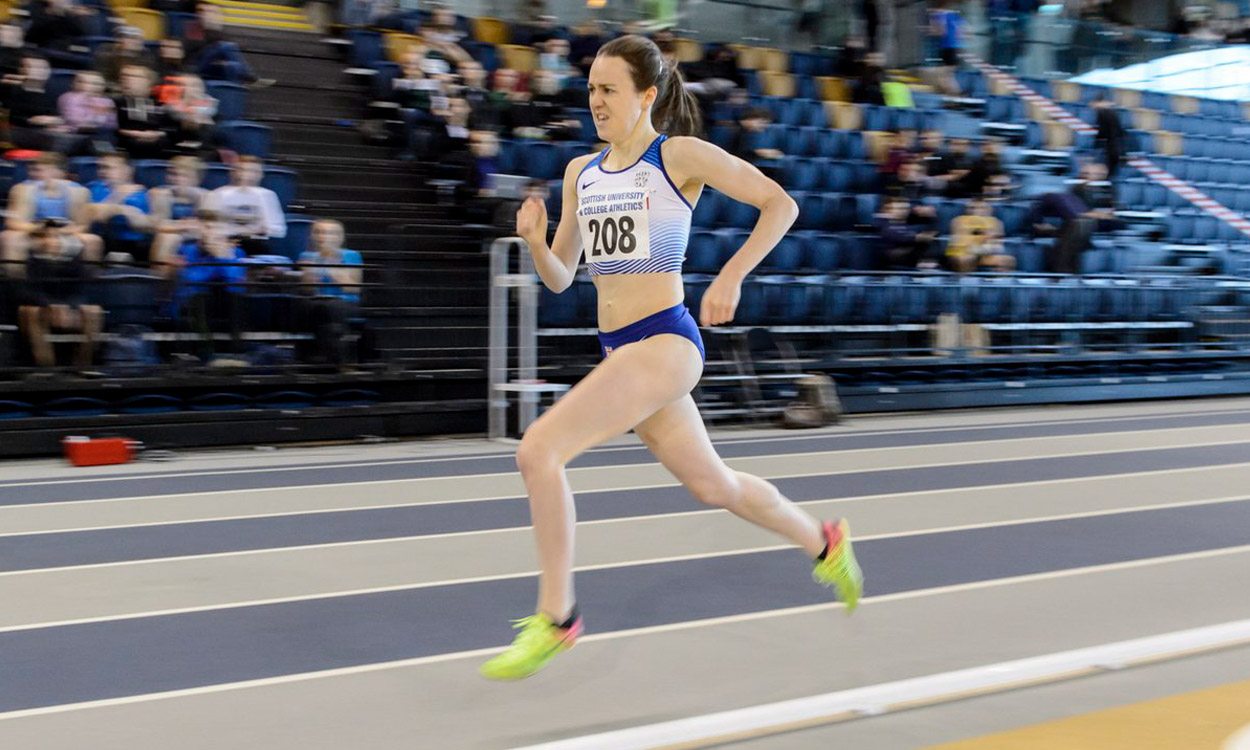 Laura Muir improved her Scottish indoor 800m record to 1:59.50 at the IAAF World Indoor Tour event in Torun on Wednesday when she finished one hundredth of a second behind Habitam Alemu of Ethiopia.

The 25-year-old sat off the early pace and went through halfway in fifth place but moved up strongly to challenge Alemu in the closing stages, narrowly missing out on the victory.

Her time moves her to No.4 equal on the UK all-time rankings with Jo Fenn. The British record-holder Jenny Meadows was commentating on the official video stream with Kris Temple and was relieved her 1:58.43 national best survived.

Juan Miguel Echevarria of Cuba won the long jump with a first-round leap of 8.12m and Orlando Ortega of Spain the men’s 60m hurdles in an equal world lead of 7.49, while Samuel Tefera ran a 1500m world lead of 3:35.57.

There was delight for the home crowd too as Ewa Swoboda of Poland ran 7.15 to narrowly beat Marie-Josée Ta Lou of the Ivory Coast in the women’s 60m as Imani Lansiquot of Britain was third in 7.23.

Over in Sabadell, Genzebe Dibaba of Ethiopia also showed fine early season form with 3:59.08 for 1500m.