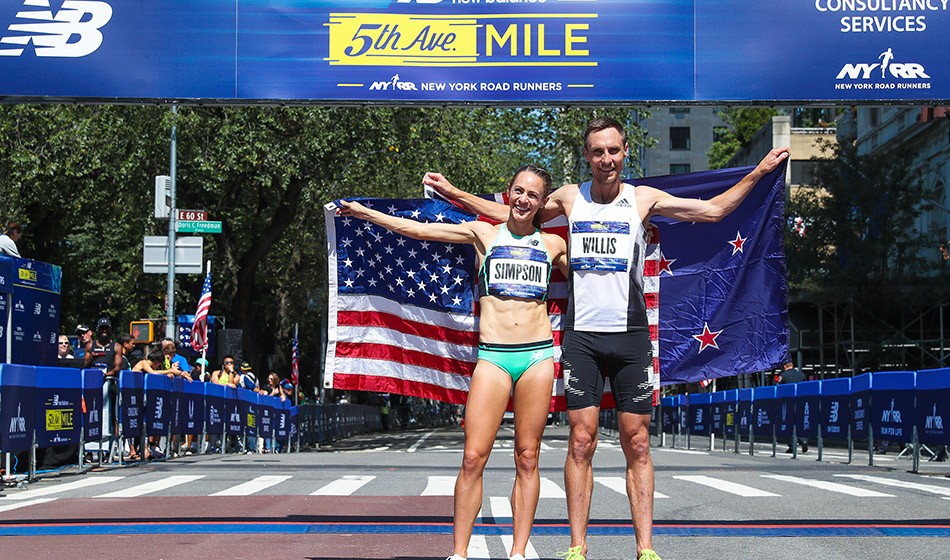 On a busy weekend which included the Simplyhealth Great North Run, Great Tees 10km and Great CityGames other action included.

Jenny Simpson and Nick Wills continued their excellent record. Simpson won a record eighth overall (and seventh consecutive) title in a 4:17 course record ahead of Elinor Purrier on the same time though in tenths the times were unofficially 4:16.1 and 4:16.2.

Willis had a record fifth win as he shared the winning time of 3:52 (unofficially 3:51.7) with Sam Prakel and Chris O´Hare.

A record 9172 runners completed the 39th edition of the race in numerous waves.

Other cross-country wins were achieved by W50 Lucy Elliott and W70 Penny Forse and the W50 and W55 teams while Andrew Leach easily won the M55 10,000m.

In the field, Evaun Williams won both the W80 shot and hammer while W55 Jo Willoughby won the W55 triple jump in an UK record 10.45m.

Daily reports from the event are elsewhere on the AW website with coverage in the September 12 and 19 issues of the magazine too.

Today was incredible! The pace was fast from the start and at 30km I was 4.5min behind the leaders and in 5th place. My legs were already hurting and I was doubting if I could hold that position to the end. I kept patient and things gradually improved until 38km where I managed to get in the top 3 and finally take the lead at 40km! There were no views at the finish today but it was still the most satisfying victory here so far. Delighted to win such an amazing event for the 3rd time! Thanks to everyone for the words of encouragement in the build up to the race and for the support on the course! #jungfraumarathon #trailrunning #mountainrunning #marathon #eiger

Breezy conditions meant she was not able to achieve the time (6:37.56) she ran in July in the Soar mile  when aged 69, she ran a time that would have bettered American Sharon Gerl’s world mark of 6:38.30.

Jonny Mellor won in 64:36 just 10 seconds ahead of Andrew Davies as the first seven broke 70 minutes.