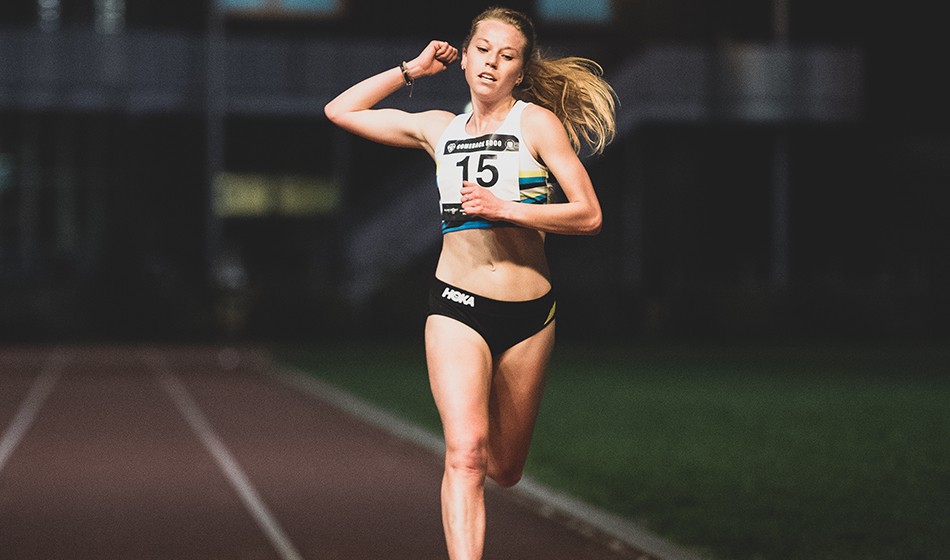 Jenny Nesbitt and Phil Norman won the two elite races in impressive style as track and field competition returned to Battersea in London in this Covid-controlled event expertly jointly organised by Belgrave and Herne Hill Harriers.

With competition opportunities so sparse, places in the six open graded races were snapped up quickly with and those lucky to sign up  were rewarded with near perfect conditions on Wednesday night (March 31) – mild and relatively still after the previous day’s heatwave and there were 72 PBs for the 107 finishers in eight races.

Norman took two minutes off of his rather modest track 5000m PB but pretty much equalled his 13:46 road best from Armagh last year and the 8:23.60 steeplechaser looks on course for a Tokyo place at his speciality event as he ran a very powerful second half after the pacemaker had taken them through halfway in just under seven minutes and then all the way up to two miles.

Next to finish was Henry McLuckie, who on this form will be a surefire bet for a spot for this year’s team for the European Under-20 Championships.

The 18-year-old obviously enjoys racing here as his last effort in September saw a 3:42.16 13-second 1500m PB and on Wednesday he took almost a minute off his previous best 5000m and his was well inside 14 minutes and the 14:25 standard set by British Athletics to run in Tallinn in July.

Brits racing Brits on home soil. This is what we’re capable of. Fantastic effort from everyone involved and to those that donated. £1500+ raised and many more motivated to get out for a run today or go to their local club session 👏 #comeback5000m pic.twitter.com/13mLwKeJAB

Jenny Nesbitt did not set a PB but was still pleased to be well inside 16 minutes after four efforts in the 16:02 to 16:13 range on road and track last year. The pacemaking which had been so good all night was not quite to the same level in this race as a tired pacemaker on his second race had to bow out well before 3000m but Nesbitt powered away alone over the last few laps and finished strongly.

The only other runner able to go with her past halfway, Hannah Irwin, was rewarded for her bravery with a 20-second PB though she just missed out on breaking 16 minutes with a 16:01.29 clocking despite a furious finishing drive.

Under-20 Charlotte Alexander was inside the European under-20 qualifier of 16:40 with 16:35.09 in fourth although will have to achieve it in a women-only race to get selection for Estonia.

Pick of the veteran performances in the other races was M45 Mick Hill’s 15:01.84 which moved him to sixth all-time in his category in the UK.

The first 5000m of the day was won by T20 disabled category athlete James McKibbin who lapped the entire field.

Renee Walcott-Nolan confined herself to a 3000m outing and the 2:01.74/4:11.54 800m and 1500m performer showed unprecedented endurance by encouragingly taking a minute off her previous best with a 9:09.9 clocking and finished full of running.