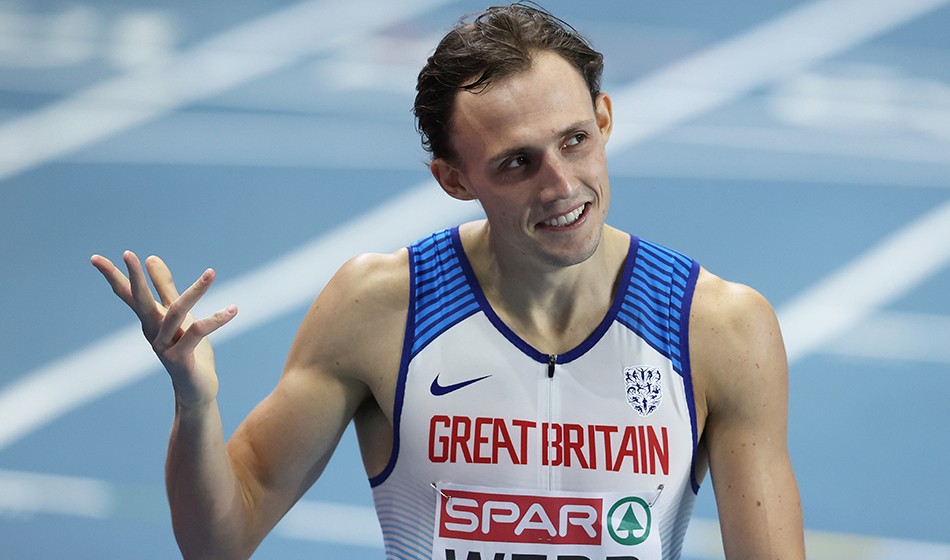 However, despite running a brilliant race and having clearly improved since winning silver in Glasgow two years ago, Webb had to settle for third as Poles Patryk Dobek and Mateusz Borkowski, with no previous 800m championship pedigree between them, made up for a slightly disappointing championships for the home nation by taking the top two places.

Webb kept Kszczot at bay on the bend and moved out to see if he could get past Dobek but the hurdler held his form sufficiently to narrowly take gold in 1:46.81, which is surprisingly a PB but he will go much, much faster in the summer. His last 400m was 51.90.

“I decided to stay at the back and then change my rhythm to overtake the others and when they moved to the right I used my speed to take them on the left,” said Dobek. “I’m still planning to compete in the 400m hurdles in the summer but the coach might decide otherwise!”

Webb was only a metre away from the gold himself as a very tired Kszczot faded.

“I lost and came to win but I am proud of how I ran and trying to control the race,” said the Briton. “I wanted to make it fast and knew Dobek could be dangerous in a slow race but still thought I could win until the finish. The 1:45.99 semi-final was fast and I was so tired this morning.” 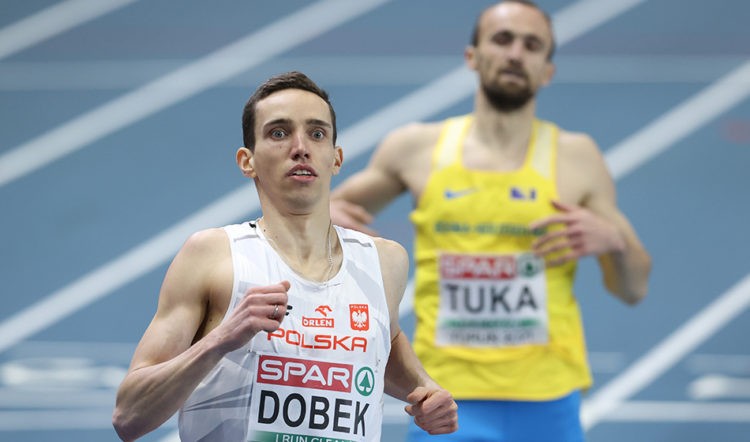 Britain also picked up a bronze in the 4x400m and their task was made slightly easier by Poland having to withdraw because of positive Covid tests to some of their athletes.

With their three 400m finalists, it was no surprise that Netherlands won the gold in 3:06.06 and a Czech team with a fresh and hungry multiple world and European champion Pavel Maslak, who failed to make the final in Poland,  took the silver in 3:06.54 just ahead of Britain’s 3:06.70.

For Britain, Joe Brier led off with a 47.43 in fourth, followed by Owen Smith’s 47.05 which moved the team up to third, a brilliant 46.09 from James Williams actually moved Britain into a share of the lead by the final changeover and a well-judged 46.13 by Lee Thompson, who chased the top two into the final bend, ensured bronze.

Williams, who made the individual semi-finals, is a teacher and actually carried out a Zoom teaching lesson on Friday between his heat and semi-final.

Defending champions Belgium, with a less than fully fit squad, were fourth in 3:06.96 though Kevin Borlee did run the fastest split with a 45.69 anchor.