European U18 gold for Thomas Keen 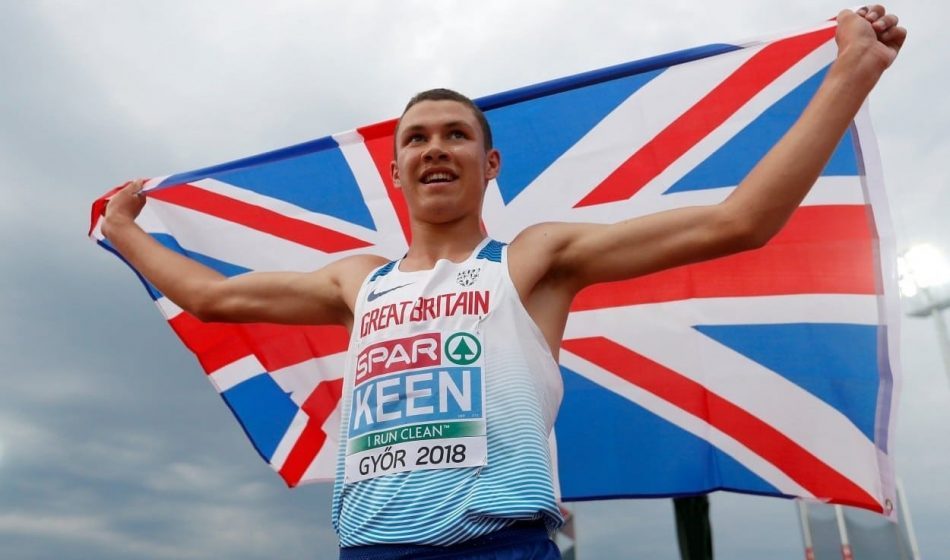 Thomas Keen got Britain’s medal hopes off to a flying start at the European U18 Championships as he won the men’s 3000m title the first day in Gyor, Hungary.

“To win in a big international competition, I can’t believe it,” he told European Athletics. “I trusted my training. I was the quickest coming into the event and came into it with confidence. I just needed to get the job done and make sure everyone was proud of me – that’s what it’s all about.”

Keen was inspired to take up athletics after watching the London Olympics in 2012 and soon after joined the Cambridge & Coleridge club and began to be coached by Mark Vile.

He added: “It’s one thing to run a quick time but to do it in the race, on the day when everyone is using you as a target and trying to beat you, it’s really hard.

“I knew it’d be a burn up in the last kilometre but I do a lot of speedwork in the summer so I thought I’d be okay. And I knew when I made my move I had to make it hard.”

Thomas Keen opened the British medal tally at the European U18 Championships in Gyor with a sub-60 second last lap to win the 3000m title! pic.twitter.com/MSmo4OsqnB

The first gold of the championships in Gyor, meanwhile, went to Hanna Zubkova of Belarus as she took the women’s 5000m walk in 22:45.47.

Elsewhere, Cassie-Ann Pemberton of Britain led the semi-final qualifiers in the girls’ 100m with 11.56.

In the women’s 800m heats, Sophie O’Sullivan, daughter of Irish endurance legend Sonia, was among the heat winners with 2:12.23, while Britain’s Keely Hodgkinson also qualified.

» See the July 12 issue of AW magazine for full coverage