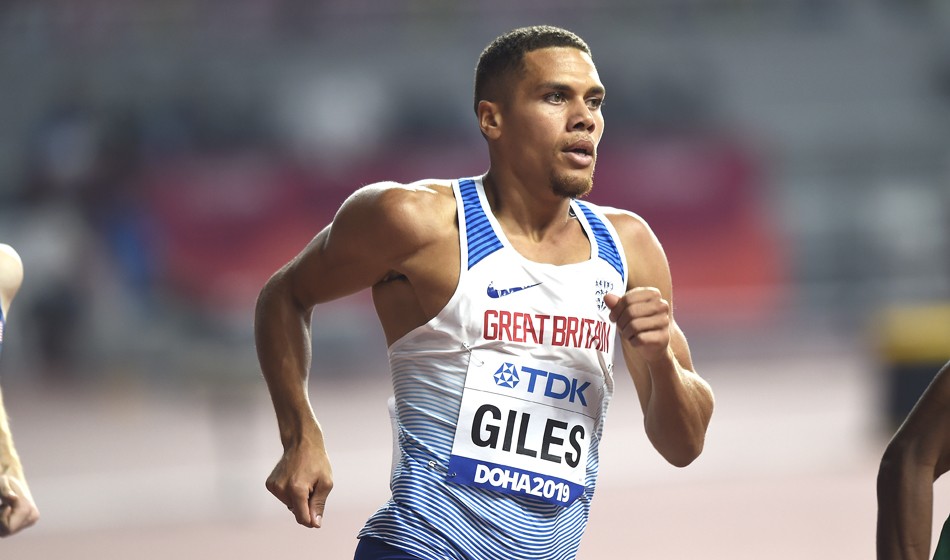 Back at the turn of the millennium eyebrows were raised at the IAAF’s decision to stage its Grand Prix Final in the sun-baked city on the Persian Gulf. A junket of weary athletes competed at the end-of-season event on their way home after the Sydney Olympics and it gave the city a foothold on the athletics calendar, culminating in the staging of World Athletics’ flagship event last year.

The event is now a regular on the Diamond League circuit – albeit moved this year from its usual early-season slot – and the latest meeting saw Giles clock 1:44.56 to go 14th on the UK all-time 800m rankings, whereas Weightman ran 8:26.31 for 3000m – less than a quarter of a second outside her best.

Fellow Brits James West and Piers Copeland ran PBs in the men’s 1500m while Adelle Tracey was one hundredth of a second outside her 800m PB.

World 1500m champion Tim Cheruiyot put his reputation on the line in the men’s 800m but he struggled with the faster pace and wound up eighth as fellow Kenyan Ferguson Rotich won in 1:44.16, just ahead of Giles, who took 12 hundredths of a second off his PB in second.

The women’s 3000m saw Weightman finish seventh in a strong field which was headed by Hellen Obiri, who clocked 8:22.54 ahead of Agnes Tirop and Beatrice Chepkoech, both of whom were inside 8:23.

The only Brit to run the distance quicker than Weightman is Paula Radcliffe. Behind, there were season’s bests for Eilish McColgan with 8:40.88 and Melissa Courtney-Bryant with 8:56.11.

Using the controversial ‘final three’ format, the women’s long jump was won by Maryna Bekh-Romanchuk of Ukraine with 6.91m.

Elsewhere, Kahmari Montgomery of the United States took the men’s 400m in 45.55 as Britain’s Rabah Yousif was fifth in 46.46. With 12.78 (1.1) Payton Chadwick beat fellow American Taliyah Brooks in the women’s 100m hurdles as Olympic finalist Ofili was third with 13.02.

In the men’s sprint hurdles Aaron Mallet of the United States ran 13.15 to win as Britain’s David King clocked 13.54 in third and Cameron Fillery 13.76 in sixth.