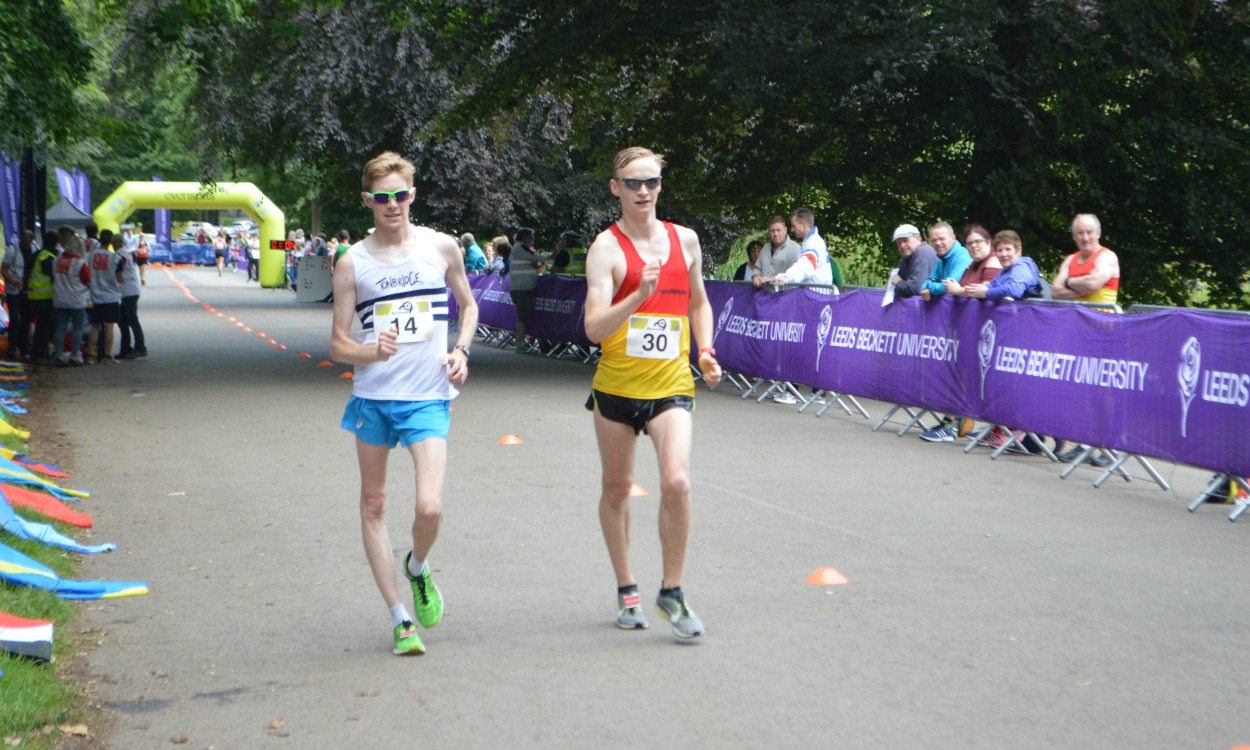 Behind, Callum Wilkinson and Heather Lewis took second places in the British trial to secure their places on the start line in Berlin, having achieved the qualifying standards earlier this year.

In the men’s 20km, Bosworth went to the front from the start on his home turf and soon established a lead ahead of Wilkinson, Slovak Miroslav Uradnik and Cameron Corbishley.

The Commonwealth silver medallist passed 5km in 20:27 with the chasing trio 30 seconds behind, but crucially on pace for the 85:00 British and Slovakian qualifying time for Berlin.

Bosworth then passed halfway in 41:08 with the chasing pack in 41:53. Soon after the halfway mark Corbishley began to push the pace, but before the 13km was shown the red paddle and disqualified.

Uradnik and Wilkinson passed 15km in 62:57, just under a minute behind Bosworth. The leader then maintained his pole position and cruised home in a course and meeting record of 83:10, to record a hat-trick of British Grand Prix titles and his seventh British title.

Bosworth said: “This is a fantastic event showcasing race walking. I’m so happy to have achieved a record of seven national titles.”

In the battle for the minor medals Uradnik moved ahead of Wilkinson to record a huge PB of 84:09 as Wilkinson secured his place in Berlin with 84:21 in third as Guy Thomas took third in the British Championships and took the Welsh title after clocking 89:32.

In the women’s 20km, Davies started quickly and established a lead passing 5km in 23:30. Behind, Welsh compatriot Heather Lewis went through 5km in 23:56.

Lewis took silver and secured her section for Berlin clocking 99:06 with Erica Kelly third in 101:30.

Davies said: “I’m happy to have finished in a decent time and secured a place for the European Championships this summer.”