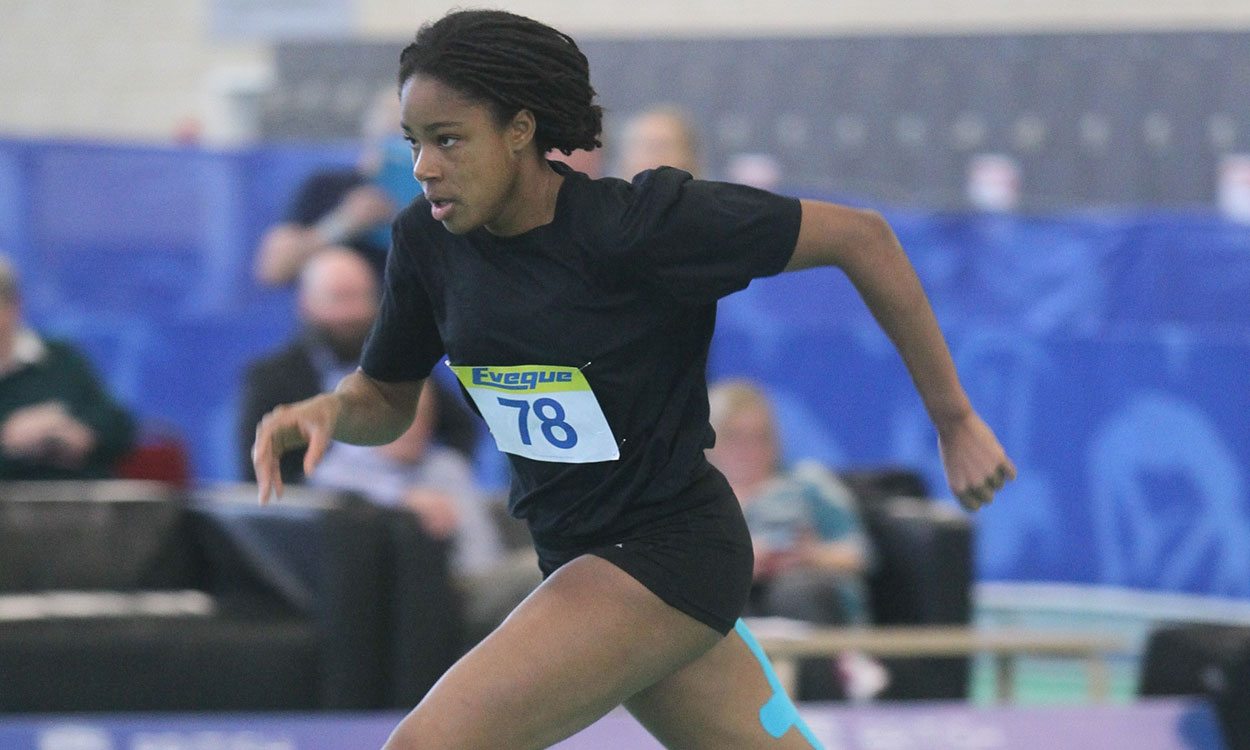 A look ahead to this weekend’s action in Manchester

Budding young athletes from across the UK are set to compete in the Sportshall UK Final at the Manchester Regional Arena this weekend (April 22-23).

Athletes such as Katarina Johnson-Thompson, Kelly Sotherton and Mark Lewis-Francis have taken part at this event in previous years, while British junior high jump record-holder Morgan Lake won the under-15 Sportshall All Rounder competition in 2011, further proof that this is a chance to see the athletics stars of the future at the start of their careers.

Amber Anning (pictured), last year’s All Rounder champion, will attend to encourage those who are hoping to take her title. Jessica Lake, Mia Chantree and Yasmin Grovesnor are all in with a chance after putting in strong individual performances in the regional finals.

Theo Adesina is a strong contender in the boys’ event.

Teams from across the UK will also be looking to win titles. The under-15 boys’ team from Donegal will be defending its title after winning the competition for the first time last year, while in the under-15 girls’ competition, Surrey will be trying to hold on to their title to make it three in a row.

Local teams from Greater Manchester, Cheshire and Merseyside will be taking part again, while teams from Durham and Essex have qualified for a place in the final for the first time in many years.

The Sportshall programme was created 40 years ago and now engages over a million children in athletics each year through club and school games programmes. The event is supported by Eveque Leisure Equipment, Eastlands Trust, the Amateur Athletic Association, British Athletics and all the Home Country Governing Bodies.