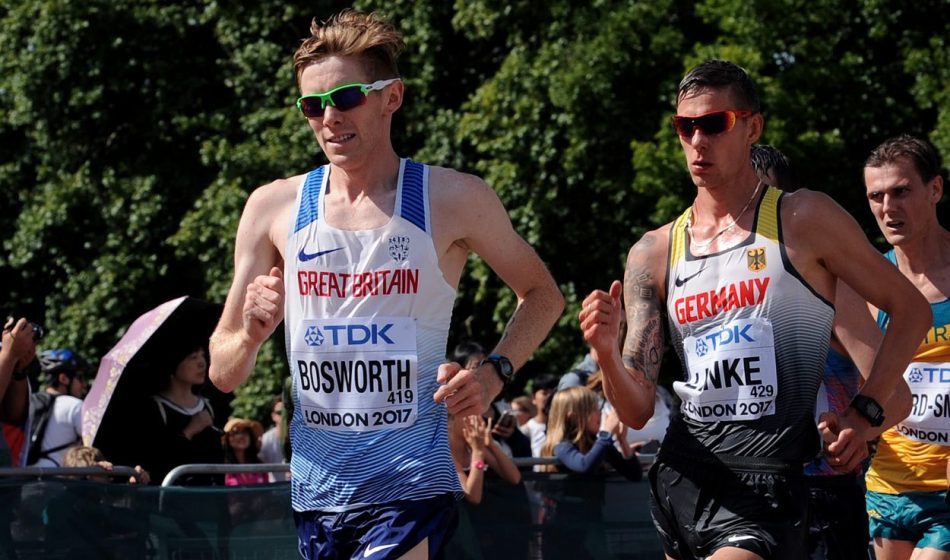 A preview to Sunday’s race walk action in Alytus, Lithuania

At the last edition of the event in 2017 the Great Britain & NI team came away with a pair of fourth places.

Bosworth was fourth in the men’s 20km and he led the team to a fourth place finish just missing out to Ireland on a team bronze. These results represented Britain’s highest ever finishes in the European Cup.

So far in 2019, Bosworth has won the British Indoor Championships over 5000m before taking victory in the England 10km Championships in Coventry in 41:26 and the USATF 20km Championships in California in 83:34 in March. He followed this up with an 11th place at the IAAF Race Walking Challenge in Rio Maior at the beginning of April (83:34).

Bosworth will need to be close to his British record of 79:38, set on the Gold Coast, to challenge for the medals in Lithuania. He was seventh in last summer’s European Championships in 81:31 and has been consistently among Europe’s best for the last four years.

His major challengers will be Spain’s Diego García, who was the runner-up in Berlin and was second in both Rio Maior and the IAAF Race Walking Challenge in Mexico last month.

The winner in Mexico was Sweden’s Perseus Karlstrom who was the bronze medallist in Podebrady in 2017.

On the same day as the IAAF Challenge in Rio Maior, Mizinov Vasiliy (ANA) took victory in the European Athletics Permit Meeting in Podebrady in 80:14 ahead of reigning European Cup champion Christian Linke of Germany, who was third in 80:23.

Also in contention for the medals will be Spain’s European champion Alvaro Martin, Italian Massimo Stano who was third in last year’s IAAF World Race Walking Team Championships and fourth in Berlin and 2015 world champion and former European Cup champion Miguel Angel Lopez, who was only sixth in Berlin but can never be discounted.

Former world junior champion Callum Wilkinson was a brilliant sixth in Podebrady last month in a PB of 81:34 which was a British under-23 record and moved him to second on the UK all-time list. He will be looking to improve on his 10th at the last European Cup.

Cameron Corbishley made a sensational 50km debut in Dudince in March, clocking the second fastest ever British time of 3:53:20 to secure his place on the plane to Doha. This form suggests that he will be able to seriously revise his 20km PB of 86:00 set back in 2016.

Dominic King clocked his second fastest ever 50km of 3:56:35 behind Corbishley in Dudince. This quartet finished fourth in 2017 and although Spain will start as favourites, Great Britain will be in the mix with France, Italy, Ukraine and Poland for the medals in the team event.

British No.1 in 2019, Heather Lewis, has twice improved her personal best over 20km already this season with a 95:04 clocking in Podebrady last month moving her to fifth on the UK all-time list.

Welsh compatriot and Commonwealth bronze medallist Bethan Davies has a PB of 91:53 set in Lugano in 2018, but has made a quiet start to 2019 clocking 99:43 at the IAAF Race Walking Challenge in Rio Major in April and finishing runner-up to Lewis in the Molly Barnett 10km in Coventry in March in 46:59.

Both will be targeting the British qualifying time of 93:30 for the World Championships and looking to better Jo Atkinson’s highest ever British placing of 12th in the 2011 edition.

This trio finished sixth in the team competition in 2017. Joining the Welsh duo in the team is the Isle of Man’s Erika Kelly, making her Great Britain debut. She was just outside her PB (99:36) in clocking 99:45 in finishing behind Lewis in Lugano in March.

Italian Antonella Palmisano will be seeking to retain her title. Palmisano won by nearly two minutes at the 2017 edition, but Spain’s Maria Perez will be keen to add this title to her European title from Berlin.

The Lithuanian duo of Brigita Virbalyte-Dimsiene and Zivile Vaiciukeviciute will be looking to take a medal in front of the home crowd. Portugal’s Ana Cabecinha is a regular top eight finisher at major championships.

In the junior men’s 10km Chris Snook is ranked fourth on season’s bests and sixth on personal bests of those entered with his 43:37 when finishing on the podium in the EAA Permit meeting in Podebrady last month. He will be looking to target the British Athletics qualifying time of 43:00 for the European U20 Championships. Poland’s Lukas Niedzialek has Europe’s fastest time with 40:23 and will start as favourite.

World champion and world record-holder Yohann Diniz of France will start as the overwhelming favourite in the men’s 50km. The field features Ukraine’s Ivan Banzeruk but his compatriot, Berlin 2018 European champion Maryan Zakalnytskyy, is missing from the line-up.

Spain’s evergreen 49-year-old Jesus Garcia has competed in every edition of the European Cup since the first edition in 1996 at which he was the champion over 50km and he was the world champion 26 years ago in Stuttgart in 1993, before 15 of the 48 competitors were even born!

The first ever women’s 50km features reigning world and European champion and former world record-holder Ines Henriques from Portugal. Making her debut will be Italy’s Eleonora Giorgi who won over 20km in Podebrady where she set a European-leading time of 1:27:46.

Watch the action live via the below or on YouTube. 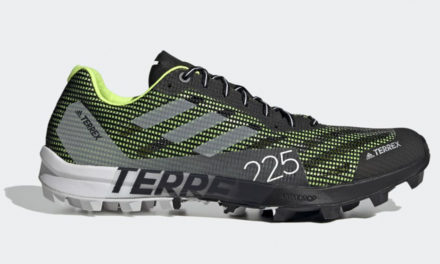