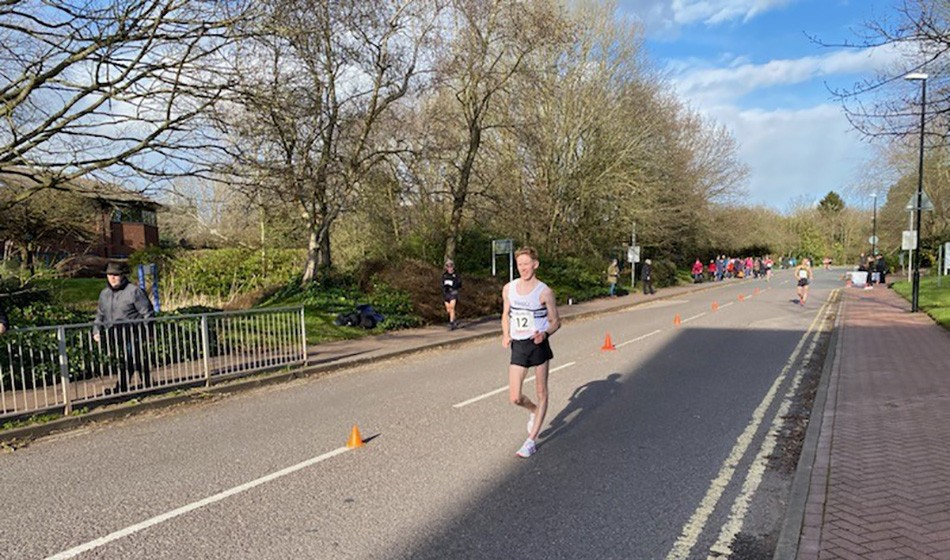 A report on Marc Scott’s European indoor 5000m record in Boston can be found here, while coverage of the US Olympic marathon trials is here, Tokyo Marathon here and Vitality Big Half here.

Other recent highlights are listed below.

Tom Bosworth continued his perfect start to 2020 by setting his second British race walk record in a week when taking the England Athletics title at Coventry over 10km, Ian Richards reports.

Fresh from his record-breaking exploits over 5000m in Glasgow at the British Indoor Championships, Bosworth clocked 39:10 for the 10km event to reclaim the record he lost to Callum Wilkinson last year.

“Last week’s race indoors took a lot out of my legs, so I am really happy to back this up with another British record over 10km,” said Bosworth.

“I am looking forward to seeing what I can do over 20km next month.”

On tired legs from last weekend today was tough in the wind. But your support has given me such strength! https://t.co/YNaotn12BA

Cameron Corbishley set a PB of 40:59 in second, while Tom Partington took third place in 44:43.

In the women’s race, the open 10km was won by Heather Lewis in a PB of 45:14 which moves her to fourth on the UK all-time list.

Behind her, Gemma Bridge was making a welcome return to racing and took the England title in 48:05.

The England silver went to Abigail Jennings in a PB of 52:26 with Natalie Myers taking the bronze in 55:38.

James Hunt won the men’s race in a time of 29:45, while Jess Judd claimed the women’s title in 32:17 on a bright but windy morning.

World 400m hurdles champion Karsten Warholm celebrated his 24th birthday by winning the 400m in a European-leading time of 45.97. Pavel Maslak was second in 46.47.

Did what I love the most on my 24th birthday! 🏃‍♂️❤️ Thanks for all the kind words and messages🥳 Got a first place and a nice race! 📸 @humbersetfoto

Phil Healy had set a championship record of 23.16 in the 200m the day before.

Ollie Thorner broke the British under-20 indoor heptathlon record with senior implements, recording PBs in the 60m, shot put, pole vault and 1000m for a total of 5445 points.

Amber Simpson became the first British women to throw over 20m indoors with the weight, recording 20.06m and 20.21m as she placed fourth.

The men’s marathon saw Pius Karanja of Kenya overhaul a quickly fading Meserat Yibarek of Ethiopia in the final 2km to win in 2:19:04.

Ethiopia’s Asteda Habtamu was never troubled in the women’s race. Looking settled in the leading pack, she moved away in the final stages for a relatively comfortable win given the tough conditions for marathon running, clocking 2:39:50.

Event ambassador Paula Radcliffe was an easy winner in the women’s 10km, clocking a very comfortable 37:58.

The event had been postponed for 40 days following a period of mourning in the country after the passing of the Sultan, Qaboos bin Said.

Competitors representing over 100 countries took part with over 10,000 athletes contesting distances from the marathon down to a 1km junior event.