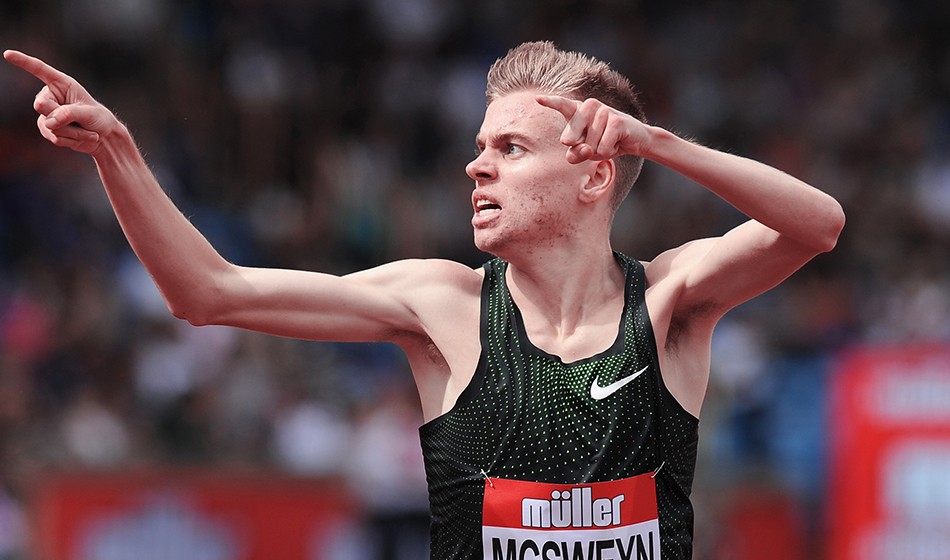 Stewart McSweyn saw out 2020 in style by running a world-leading mile of 3:50.61 to also break the Australian all-comers’ record on Tuesday (December 29).

Racing at the Penguin Carnival meet on the Dial Regional Athletics Track in the Tasmanian town of Penguin, McSweyn claimed a 19-second victory after being paced by Adam Spencer to 800m in around 1:52.

Stewart McSweyn – 3:50.61
A world lead in Penguin and the fastest mile on Australian soil.
Excellent pacing to 800m from Adam Spencer (~1:52). pic.twitter.com/QKI28NhA9A

“I’m stoked!” the 25-year-old said in a post-race comment published by World Athletics. “Obviously I’m a Tasmanian. The North West coast is where I grew up so I want to come here and perform and I’m happy I was able to do that this year.

“I thought because it was early season, the pace would feel really quick, but I felt strong at 800 metres – I felt a lot comfier than I normally do in a 1500 or mile,” he added. “I knew I was on for a good time, but with 350 metres to go I really started hurting and it’s just a long grind when you’re out there by yourself. I was happy I was able to tough it out and close in a big PB.

“I know that I can match the top guys now. I’m going to be right in the mix if I can get it right in Tokyo. It’s a good confidence boost but I still know I’ve got to get better. I’m just going to throw everything at Tokyo. I’m pretty excited for the year to come.”