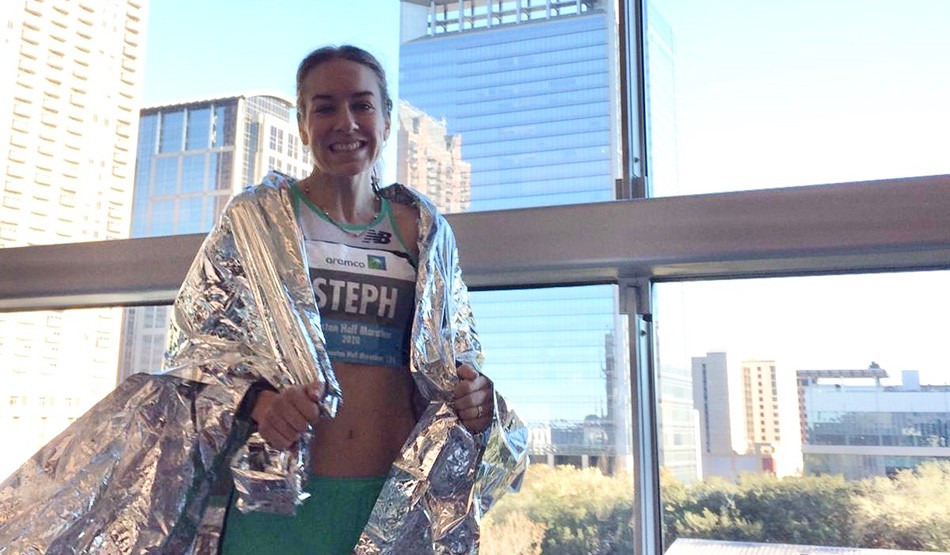 A round-up of some of the top recent athletics results from around the world.

Ireland’s Stephen Scullion ran a PB of 2:11:51 in windy conditions to just miss the Olympic qualifying time of 2:11:30, but with the Houston event being a gold label road race, his top five finish also counts as a qualifier.

The 18mph winds “hurt me a lot”, Scullion later wrote on social media, adding: “It made me angry that I needed to run fast, but I had to relax and not make excuses.

“That’s 3 marathons in 15 weeks. Takes its toll on the body. I was hurting over the last 10 days or so, a few niggles popped up and I wasn’t surprised, it’s hard to jump back into 20+ mile runs 2-3 weeks after your last marathon. My body is excited for some down time.”

If you can’t do what it takes, create a mother f*cker that can. I had to pull on every quote, mantra, lesson.. everything I had to finish 5th this weekend.. it f*cking hurt a lot.. and I’ve been so stressed this past week.. This weekend I hit the Olympic Games auto qualification. Top 5 in Gold label marathon. PB 2.11.52 Houston marathon. I promise you, I’m just a kid who had all sorts of reasons not to become successful.. but I truly changed my stars and worked harder than my weakness’s… it really hurts sometimes and I was never alone.. but it was very very worth it.. we did that. You have no idea how close you’re to making something really special happen.. just don’t f*cking quit. That’s all you gotta do. #runner #animal #Olympics #marathon #houston #5th #RunHou #UA

Scullion finished fifth in a race won by Ethiopia’s Kelkile Gezahegn in 2:08:36.

Hitomi Niiya returned to road racing in style as the 31-year-old smashed the Japanese half-marathon record with her winning time of 66:38.

Niiya finished fifth in the 2013 World Championships 10,000m but then took time away from the sport and the event in Houston was her first individual road race in more than 10 years.

Britain’s Steph Twell (pictured, top) was also among those to impress as she ran a big PB of 68:54 to finish eighth and move to fifth on the UK all-time list when it comes to results recorded on record-eligible courses. Her previous best was 70:51.

“Thrilled with a strong start to 2020,” Twell, who is aiming for Olympic marathon selection, told AW. “I came to Houston to race in a competitive field before I begin my London (marathon) build-up. A fantastic event and one made more special with so many athletes on their 2020 pursuits.”

Her fellow Scot Sarah Inglis also moved up the British all-time rankings as she took exactly two minutes off her PB with a time of 70:22. Those times move the pair to second and third respectively on the Scottish all-time list.

A world record was broken as Britain’s Matt and Andrew Leach ran the fastest ever father-and-son combined time, clocking 2:14:05.

A post shared by Peninsula Distance Club (@peninsuladistanceclub) on Jan 19, 2020 at 8:27am PST

Ethiopia’s Derara Hurisa won in a course record and Indian all-comers’ record of 2:08:09 on his marathon debut, despite racing in borrowed shoes, while his compatriot Amane Beriso won the women’s race in 2:24:51.

“I mislaid my shoes while travelling from Addis Ababa to Mumbai earlier in the week so I borrowed some shoes from my friend Abraham Girma (also running in Mumbai), so I only tried them on for the first time yesterday,” said Hurisa.

In an Instagram post after her mile win, McColgan said: “First up was the Street Mile on Friday evening with 67km/h gusts of wind! I pushed hard after the first 400m to try and get a gap, so I was happy to come away the win – but it’s been a long time since my legs have filled with so much lactic! The wind, 180° turns and inclines on the course made it a tough one.”

Reflecting on her 10km win, she added: “The sun made an appearance for yesterday’s 10km! Still blowing a gale but it was nice to come away with another win! The time was my slowest ever, but actually the fastest winning time for 23 years. I found the hills and windy conditions on the course really tough!”

The sun made an appearance for yesterday's 10K! 👋🏻☀️ Still blowing a gale but it was nice to come away with another win! 🐢💨 The time was my slowest ever, but actually the fastest winning time for 23years.. 🤷🏼‍♀️ I found the hills and windy conditions on the course really tough! 😰⛰ – Enjoyed running around the island of Bermuda and it was a great way to finish off our 3 weeks of travelling! 💙 The bad weather only gives us an excuse to come back again next year! 🙋🏼‍♀️ #2020 . . . . . . #bermuda #trianglechallenge #hillspaythebills #10k #athletics #trackandfield #running #fitness #fitspo #runnerspace #ukrunchat

Bermuda has been a happy hunting ground for Brits, with AW’s own Paul Freary winning the mile there in 1995 when he beat Steve Cram into second place. Freary then went on to win the island’s international half-marathon five times.

Britain’s Lorraine Ugen long jumped 6.74m for a world lead and a mark which is further than her 2019 best.

Theo Etienne clocked 6.63 in second to also record a qualifying mark, while Oliver Bromby was third in a PB of 6.68.

Amy Hunt claimed a 60m win in 7.36 ahead of Ama Pipi who clocked the same time, with Hunt also running 7.38 to win a second race later on in the day.

Georgia Hayes won the under-20 women’s race ahead of Spain’s Angela Viciosa Villa.

Josh Cowperthwaite was second and Henry McLuckie third in the junior men’s race.