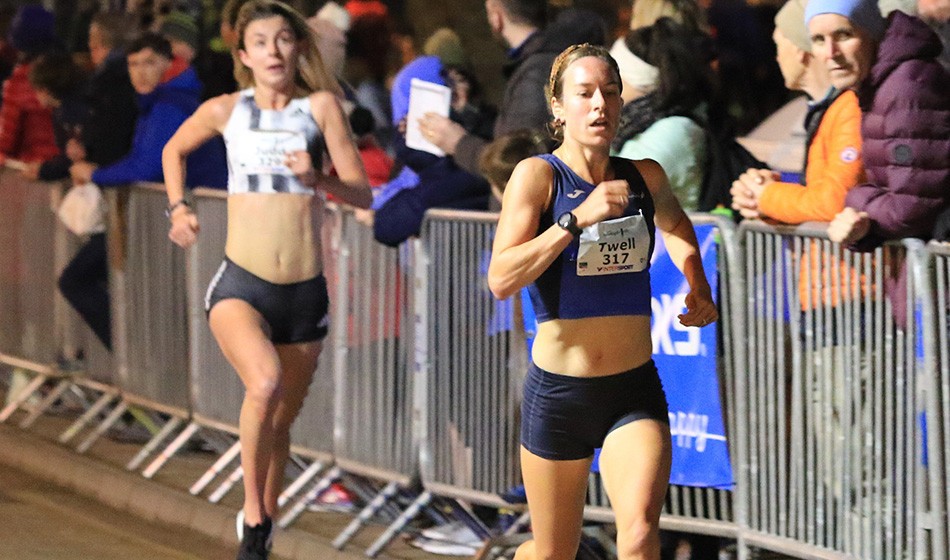 It may have been St. Valentine’s but there was little love on display on a frantic night of competition at the Armagh International Road Races, Malcolm McCausland reports.

Steph Twell and Topi Raitanen claimed the top prizes on a night when records were shattered like broken hearts.

Twell set the tone for the evening when she took up the running in the women’s 3km as early as the first kilometre. Only Jessica Judd and Amy Griffiths were prepared to respond but neither had an answer to a determined effort on the final lap from the AFD athlete who went on to break the tape in 8:59 to equal Laura Weightman’s course record.

“I knew I was behind on paper at two kilometres and I had to work hard on the last lap,” said the 29-year-old Scot who was targeting the record on her first appearance in Armagh.

Judd held on for second in 9:05, with Amy Griffiths another five seconds back in third.

While the women’s race was decided a long way out, Raitanen waited until the final 100 metres before asserting his authority over a star-studded men’s field. The latest Flying Finn stopped the clock at a 13:43 timing to take 11 seconds off American David Nightingale’s 2009 race record. 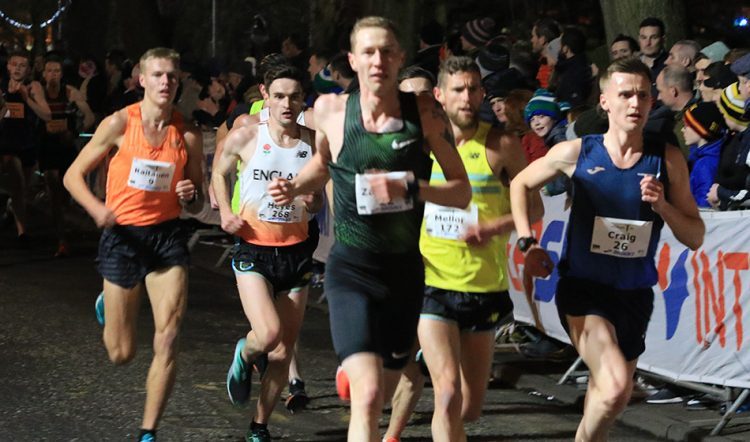 “I’m pleased with that, especially as I’m only back from a training camp in South Africa,” said the 8:28 steeplechaser. “I only managed to get to the front close to the line and I’m pleased with my speed.”

An incredible 113 runners broke 15 minutes, exceeding last year’s figure of 93 which many thought would never be matched.

Jamie Burns was rewarded for the long trip over from Glasgow with a victory in the men’s open 3km in 8:44. For the large contingent of travelling Scots, it was Burns and not Valentine’s night.