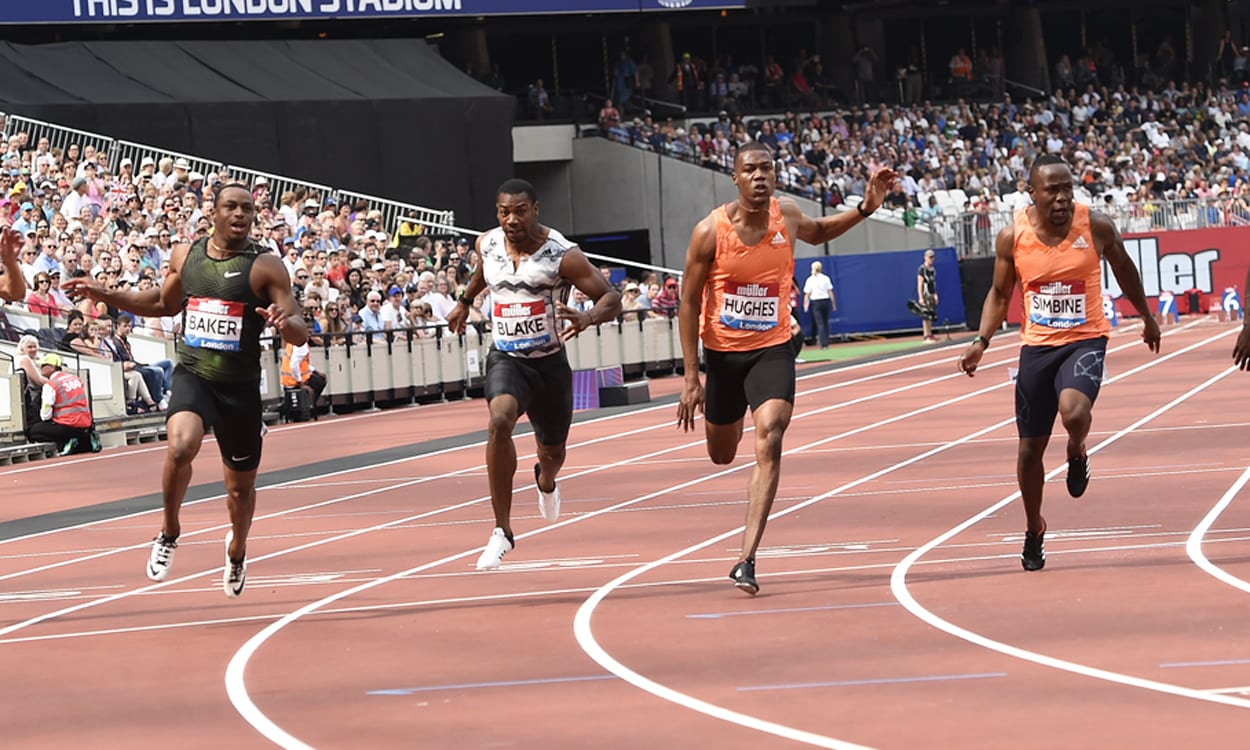 American continues fine form at the Anniversary Games, while Karsten Warholm also impresses on day one of the Diamond League meet

Ronnie Baker has spent much of 2018 establishing himself as a sprinting force to be reckoned with and he underlined his credentials once again in winning a rapid 100m final at the Müller Anniversary Games in London on Saturday.

The American, whose rivalry with compatriot Christian Coleman could not be renewed after the world indoor 60m champion and 100m world silver medallist injured a hamstring in the warm-up, came incredibly close to his world-leading personal best (9.88) by winning in a time of 9.90 (+0.1) ahead of Britain’s Zharnel Hughes, who warmed up for next month’s European Championships with another impressive run of 9.93.

“I am really pleased, two races in a short space of time, consistency is key,” said Baker, second in Rabat just over a week ago. “Overall, I am really happy with that performance.

“I’ve still got to do a bit of tweaking to sharpen up. There’s just small things I need to work on if I am going to get even faster. I know what I can run and it’s still there, I have just got to execute the race pretty perfect to have that happen.”

Hughes, who also runs in the 4x100m relay at the London Stadium this weekend, was a happy man too as he readies himself for Berlin and a 100m competition for which he will be one of the favourites.

“I ran against a world-class field and I have never ran against these guys before, so it was really good to see I was able to hold my own and to give those guys good competition towards the finish line,” said the man who clocked 9.91 earlier this year and was the sole Briton to reach the final following the withdrawal of national champion Reece Prescod, CJ Ujah and Adam Gemili from the event, though world indoor champion hurdler Andrew Pozzi did run 10.44 during the heats in his first 100m since 2011.

“For me, this season has been going really well. I am not going to get ahead of myself and say this is my year, but I am really grateful for all the work that is being done around me and I am glad all the hard work is paying off.

“London is always amazing and I have always looked forward to running here. Last year didn’t go according to plan, but I have come back much stronger, focused and I came out here and gave the crowd a great performance.”

The watching crowd, who had begun the day witnessing Tom Bosworth’s world 3000m race walk record, were also treated to another great performance when it came to the 400m hurdles, as Norway’s Karsten Warholm continued his love affair with the London Stadium track. 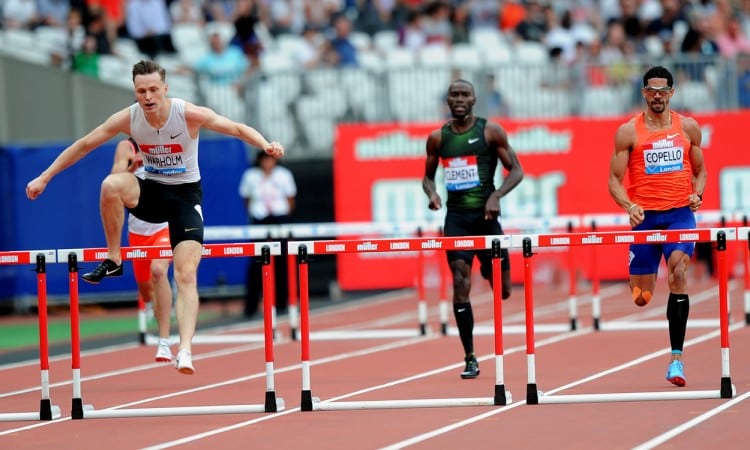 The conditions were somewhat sunnier and drier than when he memorably stormed to the world title in the rain last year and celebrated with a massive scream, but the outcome was the same this time and he looked in ominous form when winning in dominant style.

The reward for his aggressive start was another national and meeting record of 47.65, which also improves the European under-23 best. Turkey’s Yasmani Copello followed in his wake with 48.44 and Ireland’s Thomas Barr secured a season’s best of 48.99 for third.

Britain’s Jack Green failed to finish after pulling up at a hurdle in the latter stages but insists he is still aiming for European success in what will be a fascinating contest in Germany.

“I feel very good about today’s race,” said a beaming Warholm, who now has a sizeable target on his back. “It went exactly how I wanted. I had good strides and I got a good rhythm and if there was ever a good time to get a time like that it was today. To get a national record is amazing and to do it in the stadium where I became world champion is even better.

“I am still quite new to this event and I am still trying to find ways to run faster.”

Warholm was not the only man to enjoy a national record, with Qatar’s Abdalleleh Haroun raising the standards for his country with a 400m win in 44.07 as he edged America’s Paul Dedewo (44.43) and former Olympic champion Kirani James, who clocked 44.50.

There was an impressive run, too, from Matthew Hudson-Smith with a season’s best of 44.63.

It remains to be seen if he and Rabah Yousif (ninth in 46.07) will be joined on the plane to Berlin and two hopefuls, Dwayne Cowan and defending European champion Martyn Rooney, competed in a ‘National’ 400m in a bid to prove their fitness. Cowan’s season’s best of 45.65 took the win ahead of Rooney’s 46.11.

Seeing a men’s 5000m at this venue without Mo Farah being among the field still seems somewhat unusual, but the race produced a remarkable finale.

American Paul Chelimo’s last lap of 52.52 saw him surge through to take victory in a time of 13:14.01 ahead of Ethiopia’s Muktar Edris, Farah’s conqueror over this distance in last year’s world championships, who was announced as the runner-up once the dust had settled as he notched 13:14.35. Edris’ countryman Yomif Kejelcha had made the initial charge for home but had to settle for third in 13:14.39.

There was a performance of note, too, from the man in last place. The 20-year-old Alex Yee, the only European in the field and first Briton home at the Highgate Night of the 10,000m PBs in May, ran a personal best of 13:34.12.

Away from the track, Sam Kendricks enjoyed his second pole victory at this stadium in the space of six days, following up his win in the Athletics World Cup.

The American, also crowned world champion here last summer, beat Renaud Lavillenie thanks to a clearance of 5.92, also attempting to clear what would have been a US record height of 6.05m.

Lavillenie’s best was 5.86m, placing him second on countback from Swede Armand Duplantis, who had borrowed some poles from the Frenchman after his were stuck in Germany.

The one men’s para athletics event to be included in the first-day programme was the T61 200m which feature Richard Whitehead – a man not accustomed to defeat either over the distance or in a stadium where has enjoyed so much success.

However, on this occasion, he had to settle for second when South African Ntando Mahlangu outsprinted him to win in 23.56, with Whitehead running 23.72 and his fellow Briton David Henson third in 25.71.

A report on women’s events action in London can be found here. 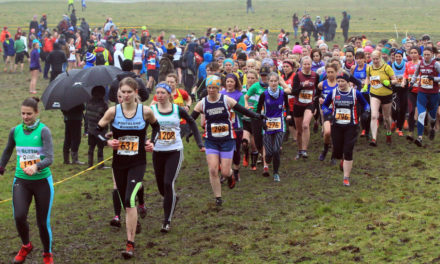 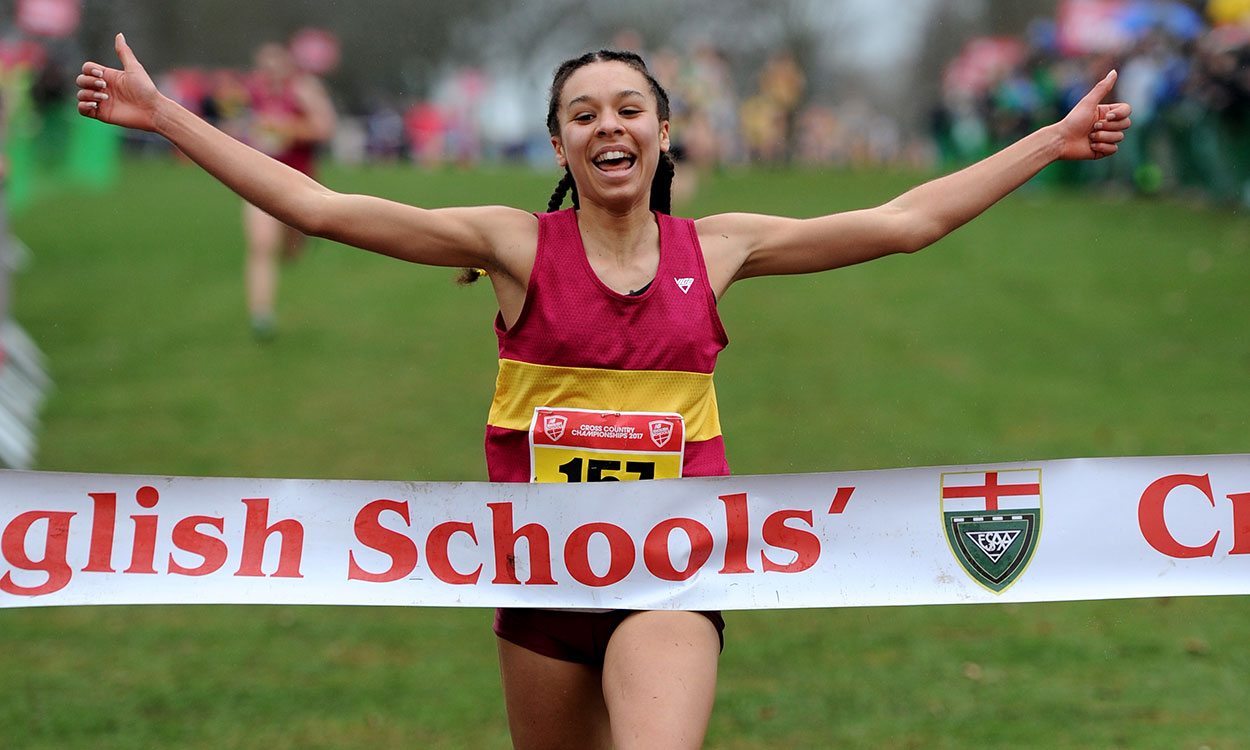 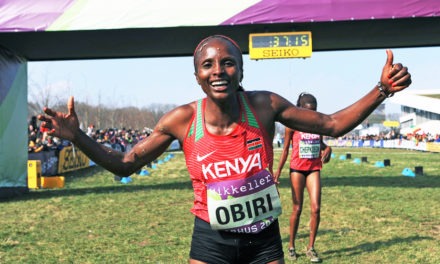 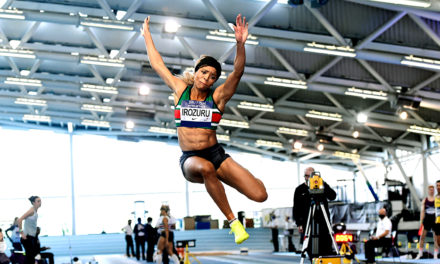