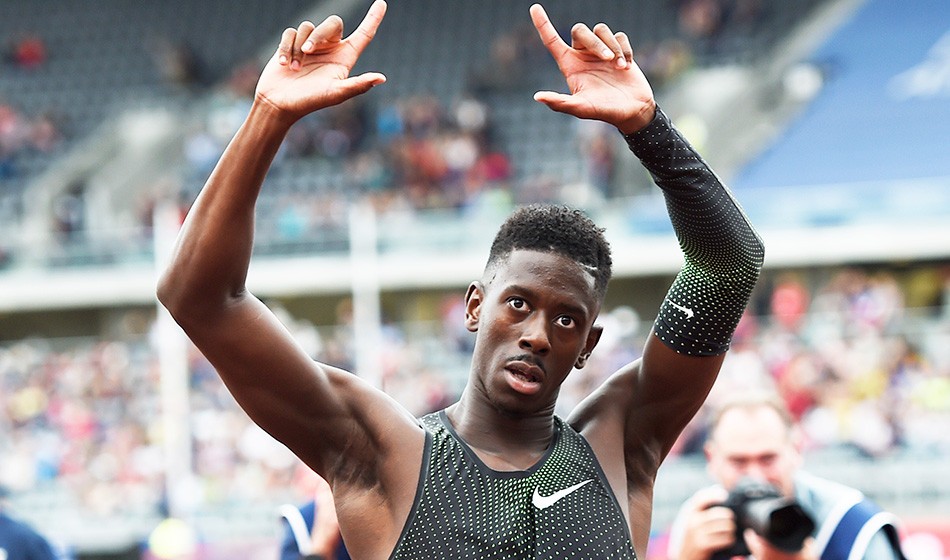 Reece Prescod will be looking for a repeat of last year’s 100m Diamond League success in Shanghai when he returns to China to face a top-quality field in the meeting once again on Saturday.

Britain’s European silver medallist, who clocked 10.04 to secure a surprise victory in the rain 12 months ago, has a formidable task ahead of him.

He will be up against Diamond League champion, world 60m record-holder and world silver medallist Christian Coleman, not to mention Noah Lyles and Mike Rogers.

Chinese sprinter Su Bingtian will be hoping for the home crowd to will him to victory, while South Africa’s Akani Simbine also returns to Diamond League action.

There are a number of other top clashes set for Shanghai, including in the men’s 400m hurdles where Qatar’s Abderrahman Samba and Rai Benjamin of the US will go head-to-head for the first time. Samba sits second on the world all-time list with his 46.98 from last June while Benjamin is joint third with his 47.02 from earlier that month.

Britain’s Andrew Pozzi opens his outdoor season in Shanghai and will line up in the 110m hurdles alongside Jamaica’s Olympic and world champion Omar McLeod.

Olympic champion Katerina Stefanidi of Greece and USA’s world indoor champion Sandi Morris will renew their rivalry in the pole vault alongside Britain’s Holly Bradshaw, while world and Diamond League champion Gong Lijiao will be seeking home support as she contests the shot put.