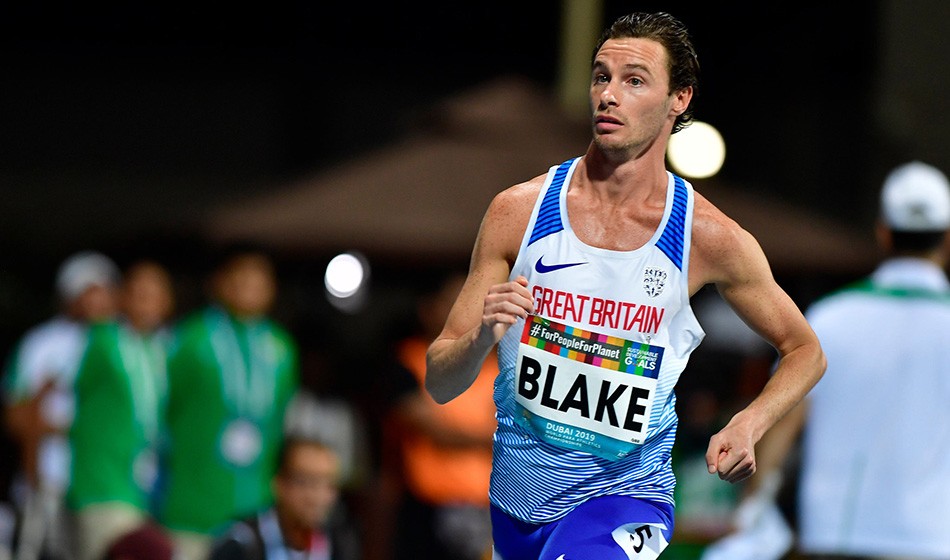 Photo by Luc Percival Photography for the International Paralympic Committee

The Great Britain and Northern Ireland team enjoyed a golden start to the World Para Athletics Championships on Thursday as Paul Blake claimed victory in the T36 800m in Dubai.

Taking control of the race, the Paralympic 400m champion went through halfway in 62.38 and went on to win in a season’s best of 2:07.44 to finish eight seconds ahead of Algeria’s Sid Ali Bouzourine.

Adding this latest title to his world 800m gold medals from Lyon in 2013 and Doha in 2015, Blake said: “To be honest, I think this is the best one. The way the last two years have panned out, this is really special. To execute the race exactly as I wanted to and to win the gold, I’m really pleased with myself.”

The Paralympic 400m champion added: “It’s amazing to be the first gold medallist of the champs for Great Britain and hopefully this will spur on the rest of the team to deliver great performances.”

He will return to the track for the heats of the one-lap event on Wednesday.

Also among the athletes to impress on day one of the championships was Australia’s Jaryd Clifford who clocked 3:47.78 to break his own T13 1500m world record and get gold ahead of Russia’s Anton Kuliatin (3:47.91) and Algeria’s Paralympic champion Abdellatif Baka (3:49.30).

“To get the gold medal against such a quality competition is a huge confidence for the next year,” said Clifford, who is classified as legally blind and competed at the IAAF World U20 Championships in Finland last year.

“I could hear someone behind me and it was like ‘this is over’, but I never gave up. It was crazy when I crossed the line.”

Uzbekistan’s Doniyor Saliev won the men’s T12 long jump with a championship record of 7.44m, while there was an Asian record recorded by Iran’s Mahdi Olad as he threw 14.44m in the F11 shot put.

“My aim here was to reach the final and win a medal, any medal. I had an operation earlier in the season which put me back a bit, mentally and physically, so you don’t know where you are. But I’m really proud to have worked hard to put on the British kit again for the first time since London (2017).”

Her fellow Brit Nathan Maguire placed eighth in his T54 100m semi-final in 14.73, while Richard Chiassaro placed fourth in his heat in 14.91, with both athletes now taking on longer distances at the championships.