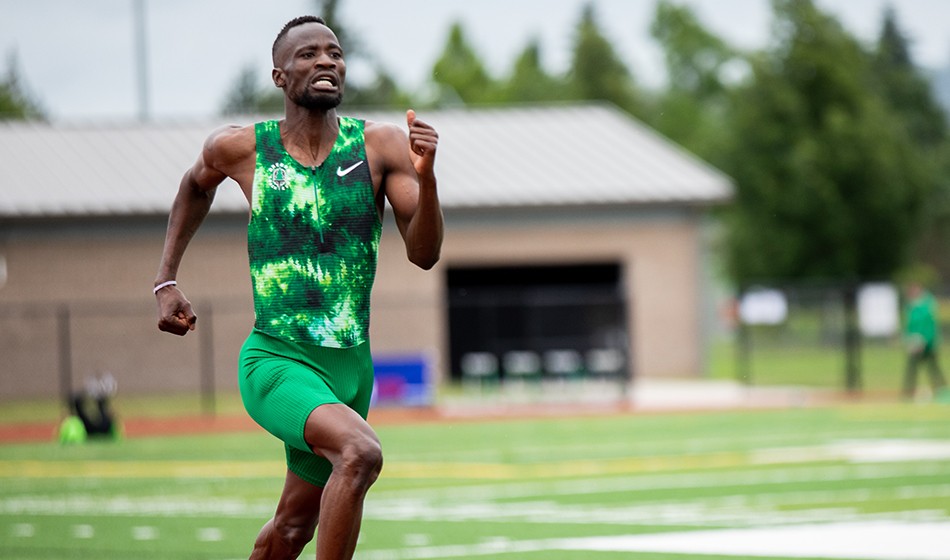 They may have been separated by 2700 miles but there was still some exciting action as Oregon Track Club Elite took on Atlanta Track Club Elite in the remote ‘Return of the Dual’ contest on Saturday night, with the Oregon team coming out on top.

Starring 2012 Olympic silver medalist Nijel Amos and 2014 world indoor champion Chanelle Price, the Oregon team defeated their east coast competitors 6 to 1 in a five-event meet where individual races were worth one point and the grand finale – a 2x2x400m relay – was worth three points.

Atlanta Track Club was still in the hunt as the teams prepared for the unique relay in which each team’s male and female runners would alternate running 400m twice. Avery Bartlett and Megan Malasarte gave Atlanta an early lead over Jake Heyward of Britain and Sabrina Southerland. But the Oregon duo ran strong second legs to win the relay in 3:46.22 to 3:51.29 and take the overall title. 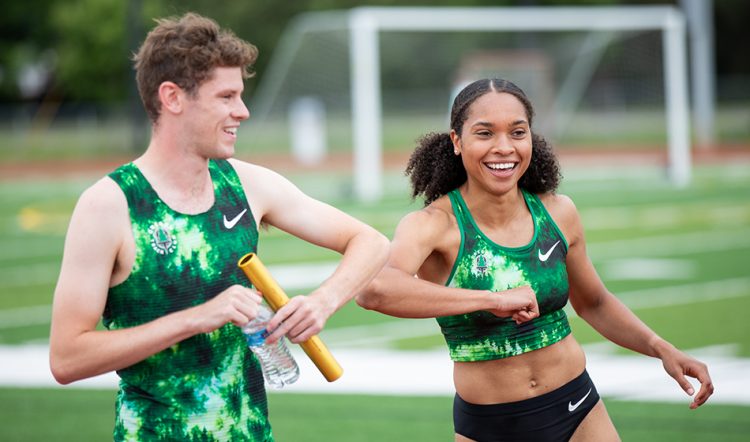 “It felt really special to actually compete as a team, because we don’t often get to do that,” said Southerland. “I was so happy for Jake and me to be able to end the event with a win for OTC Elite, and to bring some attention to Food for Lane County and Atlanta Mission.”

Atlanta’s Ngarambe said: “We were the only team at the track, but this didn’t feel like practice. It felt like a meet. After working so hard this spring, it’s nice to have a chance to test our fitness and raise money for a good cause.”

The event benefitted the Atlanta Mission and Food for Lane County with a goal of raising $10,400 to be split equally between the two charities. So far more than $7,000 had been raised and donations can be made at returnofthedual.org.

Athletes were racing at Landmark Christian School in Fairburn, Georgia, where seasonable summer conditions meant it was sunny and humid with light winds at race time, and Hamlin Middle School in Springfield, Oregon, where there were light showers, light winds and cooler temperatures.

The event was broadcast live around the globe on Facebook and YouTube and can be watched back via the stream below.

Both venues used iPhones to broadcast the event, and in order to stick with the athletes racing around the track, the videographers rode in electric vehicles. The meet was produced by TrackTown Productions, with Tim Hutchings providing commentary from the UK.