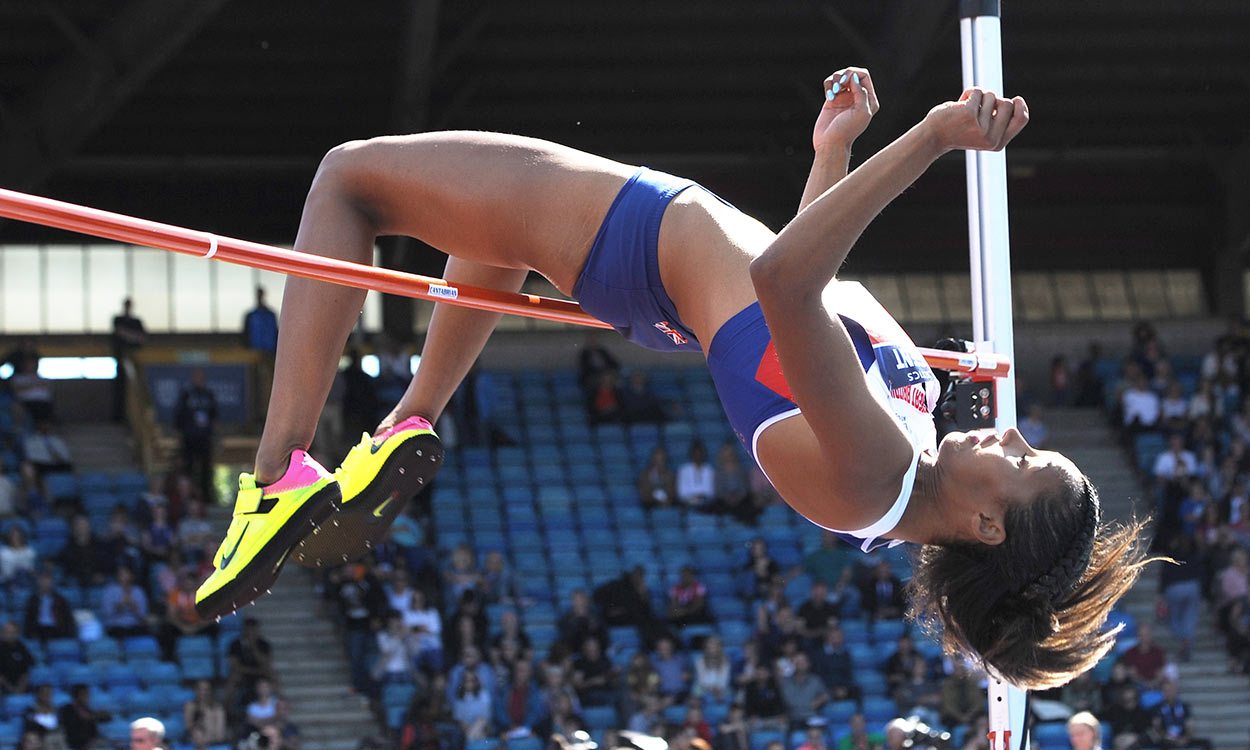 With athletes battling for British titles as well as spots on the GB team for the global event in London next month, Lake was understandably delighted with her performance in the high jump as the heptathlete cleared 1.96m to move to third on the UK all-time list.

After entering the competition at 1.79m, the 20-year-old enjoyed first-time clearances up to 1.87m. Lake then required two attempts at 1.90m and with the British title secured she passed at 1.92m and managed a PB-equalling 1.94m on her third attempt.

Her 1.96m clearance came on her second attempt before she had three tries at a would have been British record height of 1.99m.

Confirming that her focus this summer is on the individual event rather than the heptathlon, the double 2014 world junior champion said: “Training has been a bit difficult this year with the heptathlon, and my high jump has been going well, so I thought this year just focus on the high jump, see what I can do at Worlds and see if I can jump any higher with just full-on high jump training. It shows to have paid off!

“In the last two weeks I’ve dropped down from the heptathlon training,” she added. “I had a bit of disappointment last week in Lille at the European Team Championships so I thought, ‘oh, it’s not working, I need to go back to heptathlon’. So I think doing this today has definitely built my confidence up.”

Emma Nuttall was second after clearing 1.83m, while Nikki Manson was third with 1.79m.

Philip beat the clock as well as her rivals in the 100m, running a World Championships qualifying time of 11.19 in her semi-final before following that up with 11.21 to claim the British title ahead of Daryll Neita, who ran another qualifier of 11.25 and will join Philip in London. Ashleigh Nelson was third in 11.28.

“I wasn’t sure what was going to happen in that final,” said Philip. “It was down to anyone and there was no way you could just say ‘she will win, or she will’. The depth is great to have and I’m just happy to be mixing it.”

Returning to action was British 100m and 200m record-holder Dina Asher-Smith as she raced for the first time since February following injury.

Emotional after her sixth place finish in the final, the 21-year-old said: “I know that the times for me were not good, the races were rusty, but I don’t mind because you know when you have a really big injury, it puts everything into perspective.”

Hopeful of proving what she is capable of at the Müller Anniversary Games next weekend with her target remaining an individual and 4x100m place on the team for the World Championships, she added: “I could have run better, I have been running better in training for all the two week’s worth of sprint sessions I’ve had. I’m just happy to be fit and pain-free.” 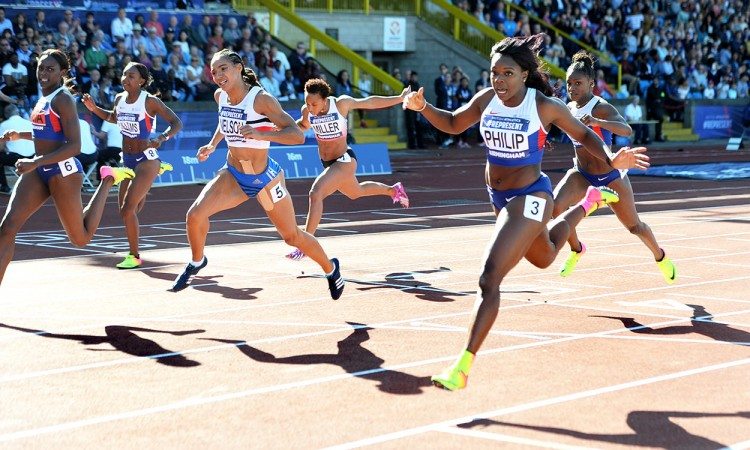 After breaking the British junior 100m hurdles record with 13.07 in Bedford last month, Alicia Barrett continued her fine form by claiming the British title in a close race.

“The time wasn’t great but I am happy with the win,” Barrett said after the race, which was missing the likes of British record-holder Tiffany Porter and her sister, Olympic fourth-placer Cindy Ofili, through injury.

“I felt fairly confident going into today. I’ve been competing quite a lot recently – the last four weeks in fact. I am going to take a break then come back for the European Juniors.”

England under-20 and BUCS champion Naomi Ogbeta had the triple jump won with her very first leap. Improving her PB by over half a metre to 13.64m, the 19-year-old recorded a mark which is just 11 centimetres off the British junior record and puts her equal 10th on the UK senior all-time list.

Sineade Gutzmore secured second with her best of 13.44m from the fifth round, while bronze went to Jahisha Thomas after her 13.25m PB from the fourth round.

Sophie Hitchon was pleased to win another British hammer title but the national record-holder and Olympic bronze medallist was disappointed with her best of 67.58m. Together with her season’s best of 73.97m from May, it was enough to secure Hitchon’s spot for the World Championships, however, as she got gold ahead of Rachel Hunter with 63.27m and Sarah Holt with 61.53m.

Holly Bradshaw was another to book her place on the GB team for London as the British record-holder and two-time Olympian cleared 4.45m to secure victory and she already had a clearance of 4.80m to her name from the Arcadis Great City Games Manchester in May.

A competitive first round of the 400m saw Olympic and world gold medallist Christine Ohuruogu among those to miss out on the final.

Clocking 52.35, Emily Diamond led qualifying, securing her spot in the final alongside other heat winners Zoey Clark (53.04), Kirsten McAslan (53.38) and Perri Shakes-Drayton (53.02), who continues her comeback after injury.

» For coverage of the men’s events at day one of the British Team Trials see our report here, while the July 6 issue of Athletics Weekly will feature 16 pages of photographs and reports