Luvo Manyonga leaps to a golden moment in London 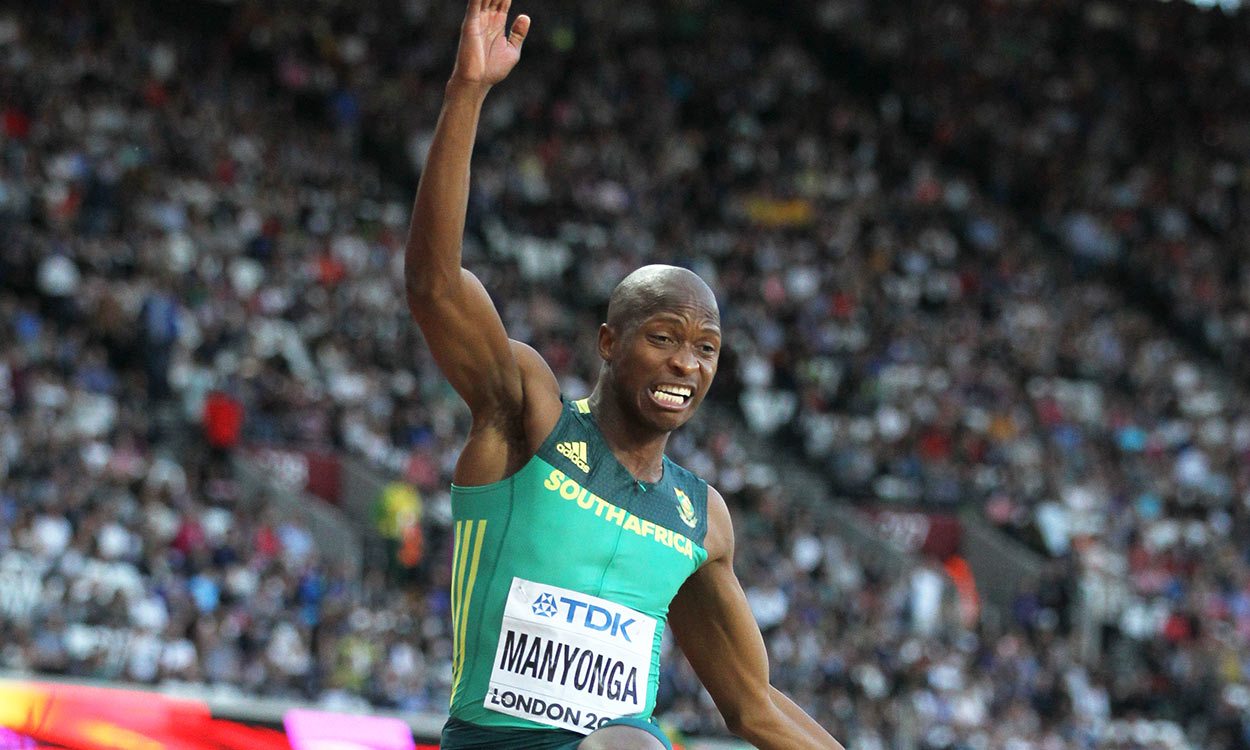 Five years on from an all-time low, the South African jumps to the top of the world

Luvo Manyonga took another enormous step on a remarkable journey of redemption when he leapt his way to long jump gold at the IAAF World Championships in London.

It wasn’t so long ago that the South African was serving an 18-month ban from the sport due to his use of crystal meth and on a downward spiral. However, five years on from that desperate low, the man who captured Olympic silver last summer reached new personal heights in the UK capital.

In a compelling contest with American Jarrion Lawson, Manyonga’s second-round 8.48m proved enough to hand him his first global title.

Jones had responded immediately to that effort by claiming a season’s best of 8.43m and, in his final attempt, came even closer with 8.44m.

When the destination of the gold medal became clear, however, Manyonga sank to his knees. He got back to his feet to tackle a final jump and attempt to extend his winning margin but that was met with a red flag.

It mattered little and a South African team which had looked to be filled with medal potential has delivered its first of London, with Manyonga’s fellow countryman Rushwahl Samaai adding bronze to the tally with 8.32m.

“Wow, two medals for South Africa,” said Manyonga who only narrowly missed out on Olympic gold in Rio. “I do not feel like thinking about the last attempt in 2016, this brings back bad memories. It does not matter anymore because I have the gold medal now.

“This gold medal makes me feel over the moon. I have been praying to get this.”

With that particular job done Manyonga, who has a personal best of 8.65m, has already set himself another target.

“The world record (Mike Powell’s mark of 8.95m) is my next goal. Ruswahl and me are pushing each other through events. I am the best in the world – this sounds great.”

In the men’s discus, Andrius Gudzius sprung something of a surprise and chose the perfect moment to have the event of his life as he secured first global title of his career.

And the margin of victory could barely have been narrower. A mere two centimetres separated the 26-year-old’s 69.21m lifetime best throw from the 69.19m produced by Daniel Stahl, a man who had looked favourite to win following his Swedish record and world-leading 71.29m this summer.

American Mason Finley was not far behind with 68.03m to take bronze, whilst defending champion Piotr Malachowski finished fifth with 65.24m and three-time champion Robert Harting sixth with 65.10.

“Every athlete must be dreaming about the world title and I managed it tonight,” said Gudzius. “I still cannot believe it and I think I need some time to understand what has just happened. I am so delighted. I was thinking about a medal but I did not expect gold.

“Everybody in my country was expecting a medal from me and I am happy to bring one home. I have to thank Daniel Stahl and Mason Finley for pushing me forward and it was a perfect competition thanks to them. Daniel is the best this season but at every competition we start from zero. It was a drama but I was lucky to beat him by these two centimetres.”