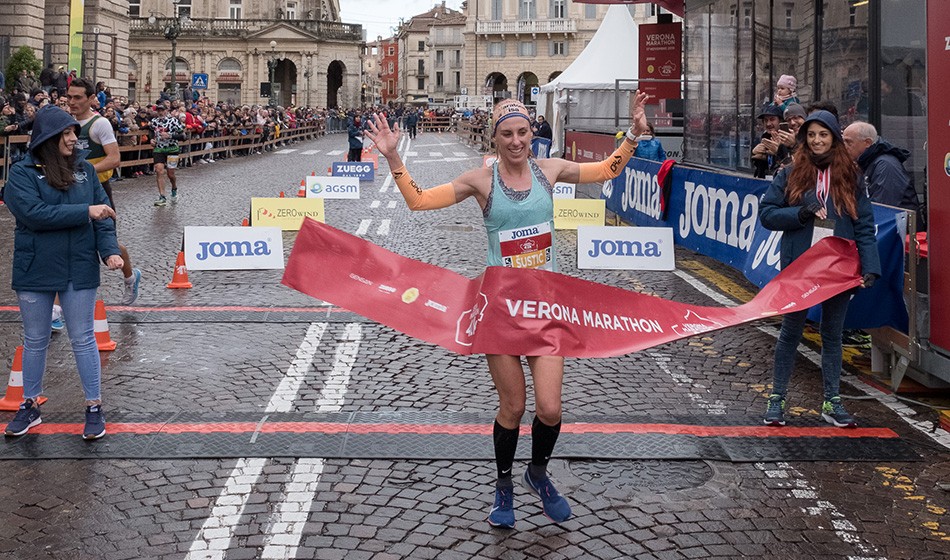 Separate reports for events including the World Mountain Running Championships and the NN Zevenheuvelenloop, where Letesenbet Gidey broke the world 15km record, can be found below, followed by a list of other recent results from the world of athletics.

Making his marathon debut in damp and blustery conditions, Kenya’s Luka Kimutai Lagat won in 2:18:55, while Croatia’s world 100km champion Nikolina Šustić retained her title in 2:41:11 for her third win at the event overall.

Kenya’s Moses Kemei won the half-marathon in 63:14 ahead of his compatriot Solomon Koech with 64:31 and Jonas Leandersson of Sweden who ran 65:40. Switzerland’s Andrea Meier clocked 78:56 to win the women’s title ahead of Slovenia’s Laura Guzelj Blatnik in 80:08 and Italy’s Marta Fabris in 84:26.

Nancy Jelagat broke the women’s course record with her winning time of 68:24, while her fellow Kenyan Felix Kipkoech won the men’s race in 60:12.

Finishing fifth was Wales’ Jake Smith, who placed eighth in the European U23 Championships 10,000m over the summer, as he ran a big PB of 62:02 to break the British under-23 record.

Uganda’s Maxwell Rotich won the men’s 10km and Portugal’s Mariana Machado the women’s 8km in respective times of 29:16 and 27:49.

Machado won after a sprint finish against Bahrain’s 2017 world marathon champion Rose Chelimo, who ran the same time as the winner.

The women’s race winner was Natalie Bunce in 62:46.