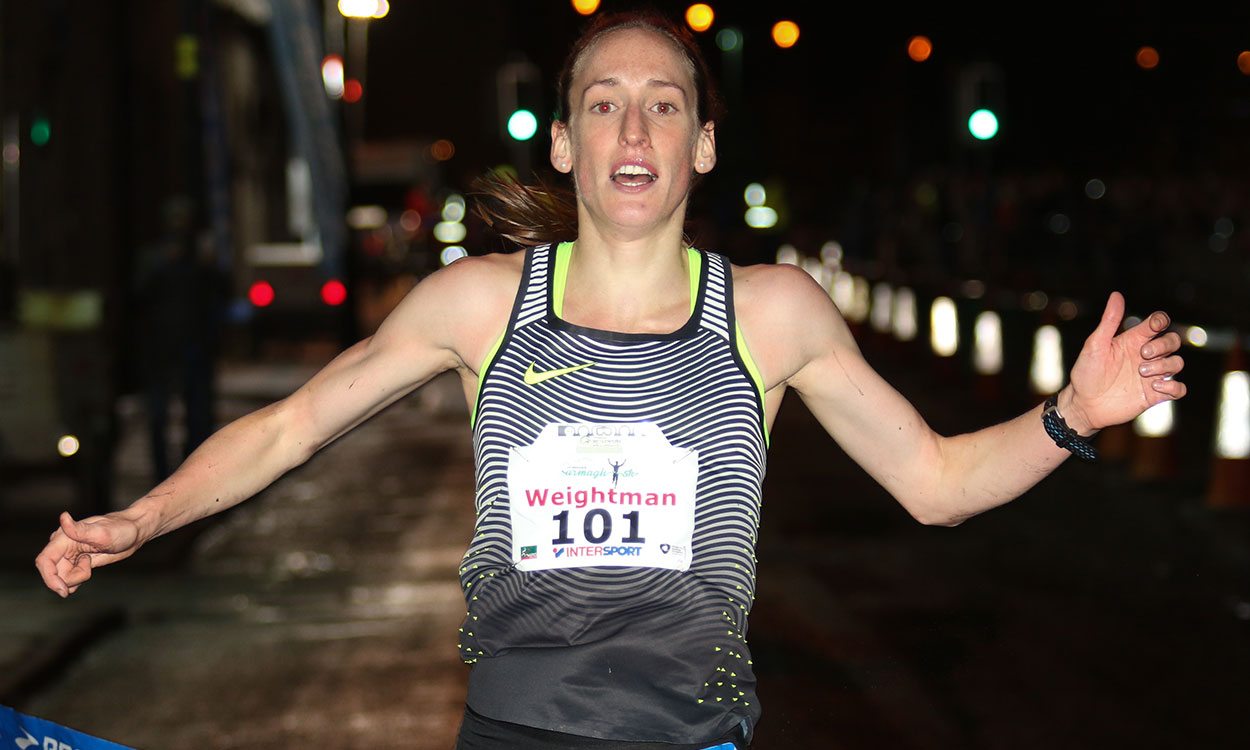 After the half-way point, long-time leader Weightman started to stretch out the field from a group of athletes including England’s Jess Judd and Charlotte Arter, with Weightman going on to win the 3km event in 8:59 and taking eight seconds off the previous record set by Mary Cullen of Ireland.

Rosie Clarke of Epsom & Ewell also went under the previous record in 9:02, with Judd next home in 9:10.

Weightman reflected on her course record, saying: “I’ve never raced in Armagh before so I’m delighted to come away with a new course record.

“I knew it was a strong record to beat. I really wanted to test myself and that’s a good platform now looking forward to the summer.”

In the men’s race Connor took victory in 13:55, just one second outside the previous record set by the USA’s David Nightingale.

Brandon Doughty of the USA was second with the same time, with Welshman Dewi Griffiths finishing in third and scraping under the 14-minute barrier for the first time on the road.

Connor spoke of his victory saying: “I always wanted to give this race a go, the atmosphere is amazing.

“It’s the best 5km I’ve ever done. To come through and win like this was great, winning is a habit you get into.”