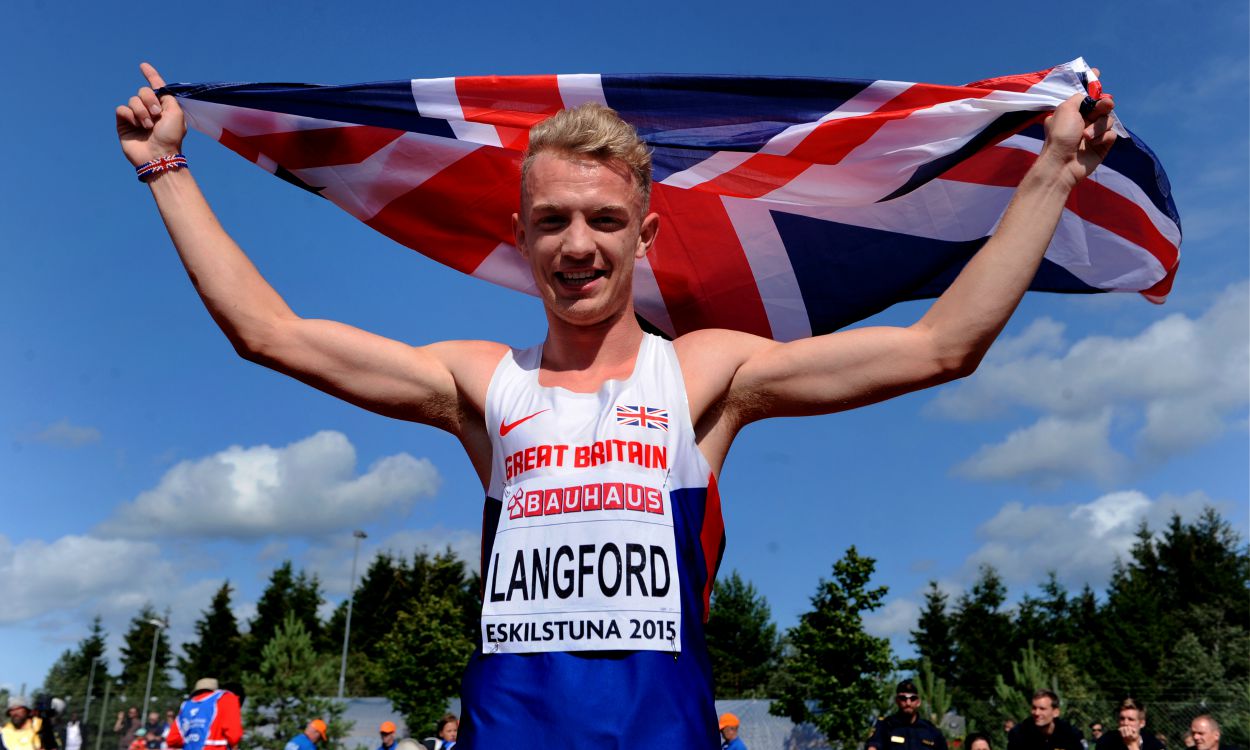 A look at some of the latest news and results from the world of the sport, including a record run by Langford in Athlone, where a 7.82 60m hurdles win by USA’s Christina Manning was also among top performances

Recovered from the sickness bug which affected his performance at the British Athletics Indoor Team Trials at the weekend, the 21-year-old clocked 1:16.10 to improve on Dai Greene’s 1:16.22 from 2013, beating USA’s Erik Sowinski with 1:16.15 and Poland’s Artur Kuciapski’s 1:16.77.

Another standout performance was the 7.82 60m hurdles win by USA’s Christina Manning, an Irish all-comers record and meet record. A PB, the mark is also the second best in the world this year behind Kendra Harrison. Sharika Nelvis clocked 7.92 in second as she placed just ahead of Sally Pearson with the same time.

The meeting also saw the expected sub-four-minute mile, with winner Ryan Gregson from Australia achieving 3:56.49 ahead of Sweden’s Johan Rogestedt with 3:58.11, a national record.

A meet record 4:08.19 was clocked by Romanian Claudia Bobocea in the 1500m, while Sarah McDonald achieved the qualifying time for the GB team for the European Indoor Championships, clocking an indoor PB of 4:11.62 in third. Canadian Olympic fourth-placer Melissa Bishop won the 800m in 2:01.42 ahead of Liga Velvere of Latvia with a 2:02.18 national record.

Hejnova to race 400m in Belgrade

Two-time 400m hurdles world champion Zuzana Hejnova confirmed her event in Belgrade at the European Indoor Championships will be the 400m.

She announced her decision after her Ostrava race on Tuesday where she clocked fast 51.96 in her season debut at the distance. She is currently third best in Europe behind Lea Sprunger and Eilidh Doyle.

The Istanbul Cup (EA Indoor Permit) will be held on Friday, with top local stars among those competing.

In the men’s 3000m, Ali Kaya and Aras Kaya will go up against Mekonen Gebremedhin from Ethiopia. Yasemin Can will run the 1500m against Moroccan Siham Hilali and Albanian record-holder Luiza Gega.

In the women’s 400m, European champion Olha Zemlyak from Ukraine will compete, while in the 60m will be Hrystyna Stuy against Bulgarian Inna Eftimova.

The men’s 60m favourite is Reza Ghasemi from Iran and in the men’s 400m, Turkish junior record-holder Batuhan Altintas.

The men’s shot put will see two 20m-plus throwers in Georgi Ivanov from Bulgaria and Mesud Pezer from Bosnia and Hercegovina.

The leading domestic runners in the line-up include Satoru Sasaki (2:08:56) and Suehiro Ishikawa (2:09:10), who will be looking to claim a place on the Japanese marathon team for the World Championships in London. From Ken Nakamura.