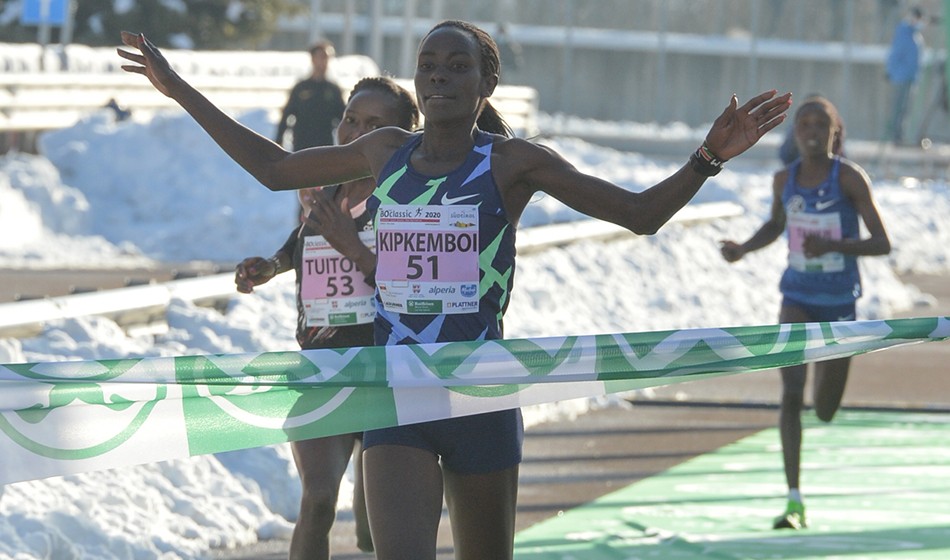 A round-up of BoClassic, Cursa dels Nassos and San Silvestre Vallecana action in Italy and Spain

At the end of a challenging year, athletes racing in Italy and Spain hoped to end 2020 with fireworks as they competed at the traditional New Year’s Eve BoClassic in Bolzano, Cursa dels Nassos in Barcelona and Nationale-Nederlanden San Silvestre Vallecana in Madrid on Thursday (December 31).

BoClassic was the first of the afternoon’s events, with Kenya’s Margaret Chelimo Kipkemboi (pictured above) winning the women’s 10km on her debut at the distance. Returning after her 5km win the year before, the world 5000m silver medallist clocked 30:42 for victory, finishing just ahead of her compatriots Dorcas Jepchirchir Tuitoek (30:43) and Norah Jeruto Tanui (30:45) in a snowy and sunny Bolzano in northern Italy.

The elite-only event, which was held on a loop course rather than the traditional route, also featured a men’s 5km, as athletes looked to target Jimmy Gressier’s European record of 13:18 set in Monaco in February.

The win was claimed by Uganda’s Oscar Chelimo in a 13:17 PB. 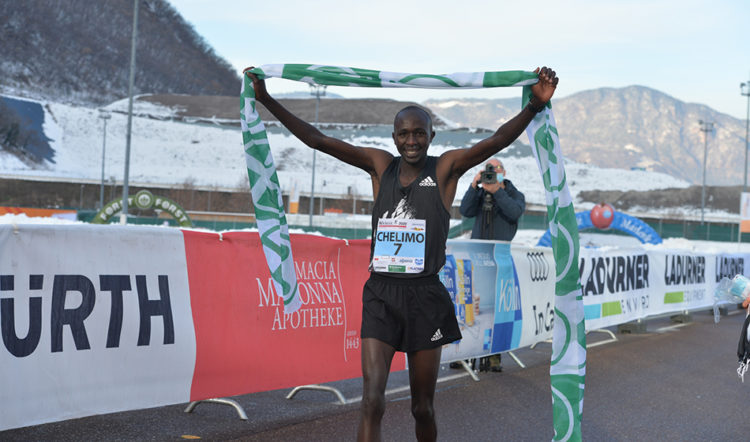 Over at the Cursa dels Nassos in Barcelona, Ethiopia’s world 1500m record-holder Genzebe Dibaba and Kenya’s two-time world 5000m champion Hellen Obiri had been said to be targeting the world 5km and 10km records respectively and while the records survived they both did claim strong victories. 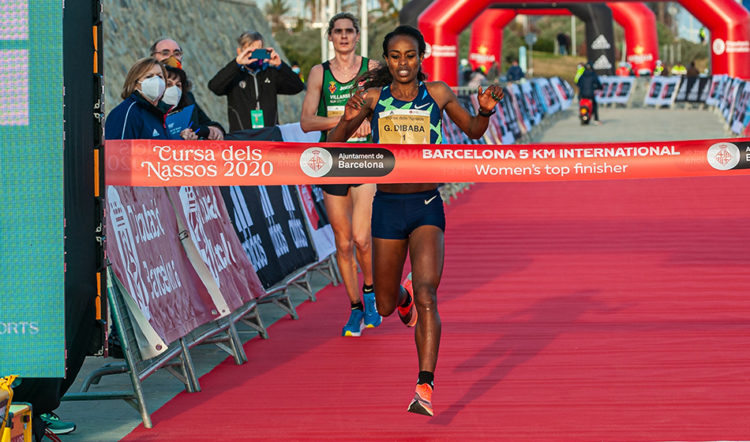 First Dibaba ran 15:00 to win the 5km, before Obiri won the 10km in 30:53 despite a heavy fall and the early withdrawal of her pacemaker.

Gressier returned a short while later to finish third (28:13) in a 10km won by fellow Frenchman Morhad Amdouni in 27:42 to go second on the European all-time list, as Spain’s Carlos Mayo was runner-up in 28:06.

The 5km took place as an elite-only event, while there was a restricted mass 10km. Coronavirus measures meant that the races were held over a closed 5km circuit along the Barcelona coastline.

Over in Madrid, the elite-only San Silvestre Vallecana 10km, held on a 2.5km loop course in cold and windy conditions, was won by Ethiopia’s world half-marathon bronze medallist Yalemzerf Yehualaw in 31:17 clearly ahead of Kenya’s world marathon champion Ruth Chepngetich in 31:50. France’s Alessia Zarbo was third in 33:00. 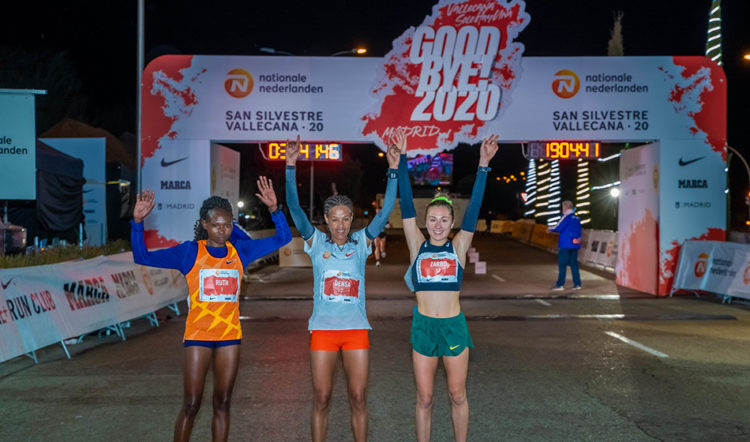 Daniel Simiu Ebenyo of Kenya won the men’s race in 27:41 from Italian marathon record-holder Eyob Faniel (28:08) and Paul Chelimo, who ran 28:14 after targeting the US record.