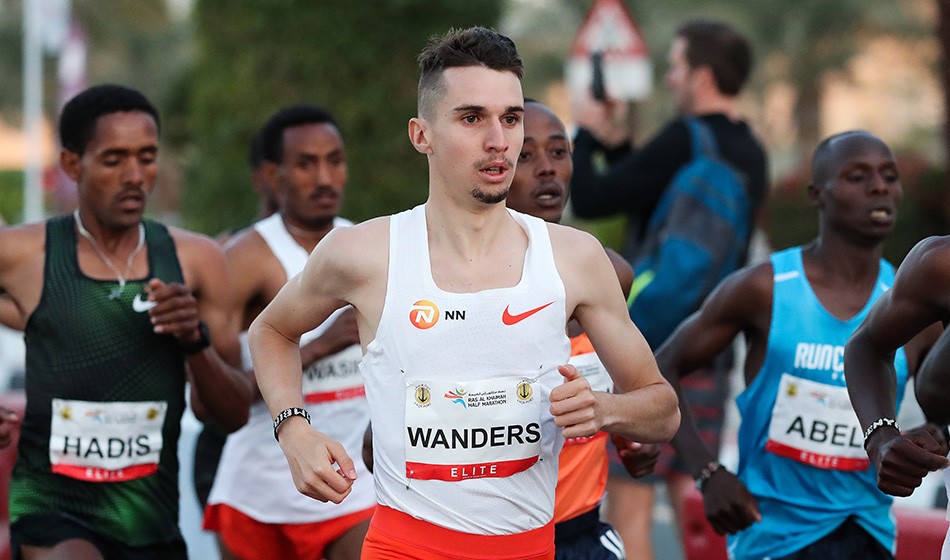 Julien Wanders  is ‘confident’ he can achieve a PB in the 5km on Saturday (April 24) as he dwells on doubling up at 10,000m and the 5000m in the upcoming Tokyo Olympics.

He is running alongside 33 other athletes at the ASICS Be (at) Your Personal Best event, including Great Britain’s Charlotte Arter, with each athlete either aiming for a PB in either the 5km or 10km.

“It’s pretty similar to the course in Monaco because it’s basically 2.5km and then around the bend and then another 2.5km. I think it’s a bit more flat then Monaco. The good thing here as well is that we don’t feel the wind so much so I really believe it’s a fast track. So I’m confident.”

Wanders goes into the event off the back of a recent lung infection although his team say he has taken medical treatment, had a few days off and is now fighting fit.

He’ll run in the new ASICS Metaspeed Sky shoes, after being with Nike, and is eager to see how he performs in his new shoes.

“Over the last five or six years I’ve been with Nike but now I’m with ASICS and I’ve been really getting used to this shoe. I’m confident I don’t have a disadvantage to the other brands. I’ll try them for now over the next two or three months. The more I put them on the more I like them,” he adds.

Wanders spends a large part of every year living and training out in Kenya and was a pacemaker for Eliud Kipchoge during the Kenyan’s successful attempt to run the marathon distance in under two hours.

The experience of altitude training and running with the world’s best at longer distances is something the 25-year-old believes will help him in the long-term.

“This experience has helped me mentally because to run alongside Kipchoge, we can feel like he’s so focused, he’s so determined to achieve his goal and that’s what inspired me. I can take this experience over any events even if it’s a 1500m, marathon or 5km. It’s just believing in yourself and when the preparation goes well, anything is possible,” he says.