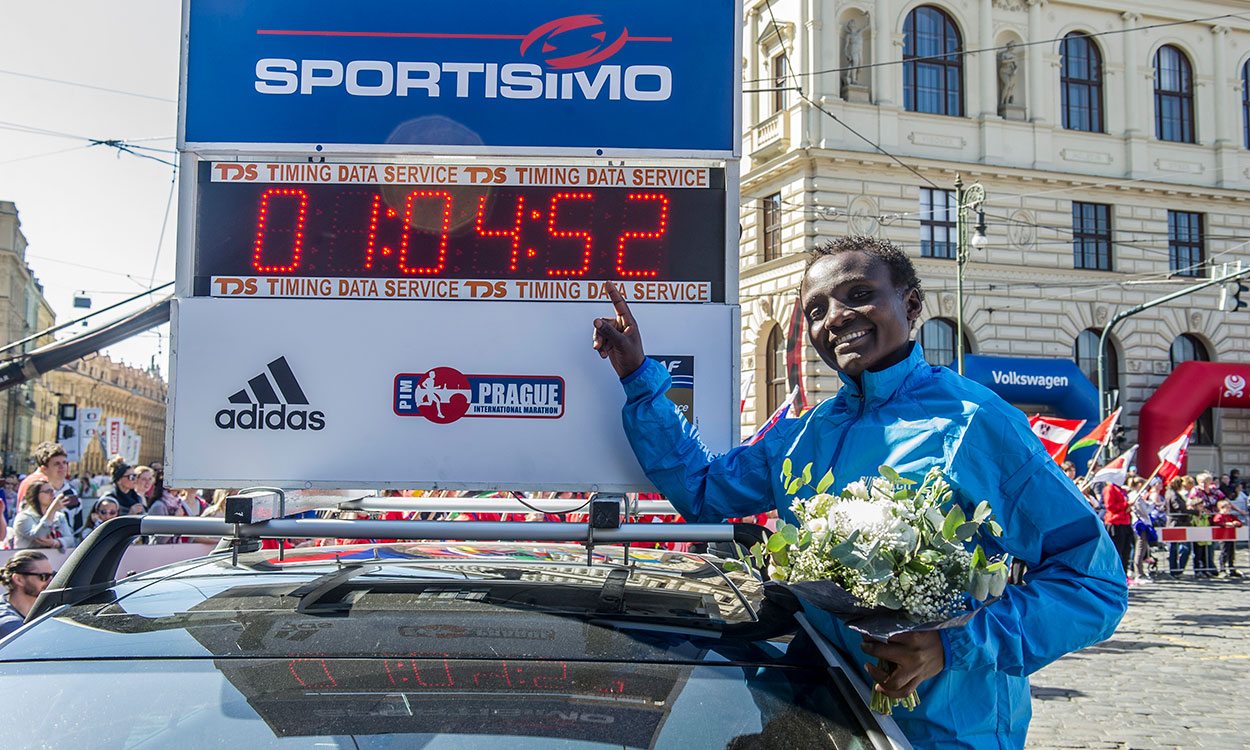 Fresh from breaking not one, not two, not three but an incredible four world records at the Sportisimo Prague Half Marathon on Saturday (April 1), Joyciline Jepkosgei has reflected on her run and her journey from unknown athlete to world record-breaker.

Jepkosgei had contested her first international race at the 2016 Mattoni Karlovy Vary Half Marathon where she ran an event record and PB of 69:07.

“My training after the RAK Half Marathon was good,” said the RunCzech Racing Team athlete. “Even my coach, Nicholas Koech, told me that I will run sub-65, but I didn’t believe him. I still can’t believe, I made it.”