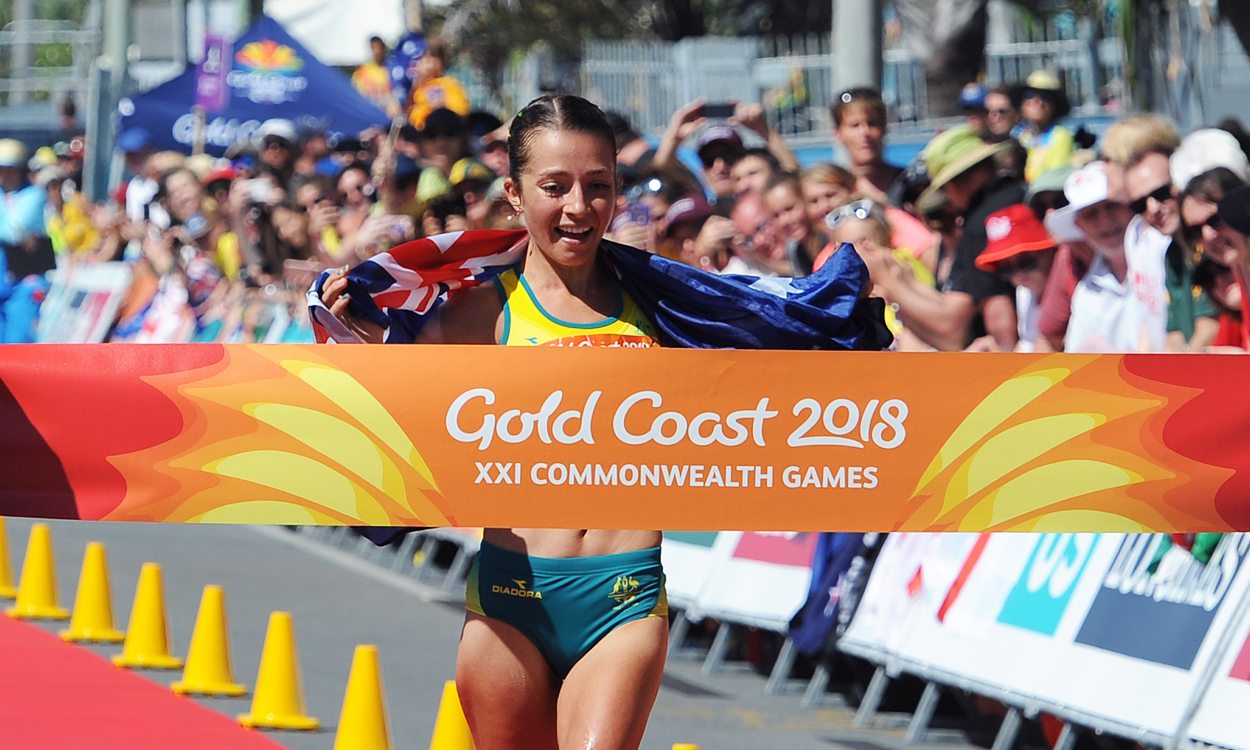 There was a bittersweet end to the women’s 20km race walk for the Australian team at the Gold Coast Commonwealth Games as 20-year-old Jemima Montag completed a golden race walk double for the host nation but 2010 silver medallist Claire Tallent was disqualified.

Following on from the medal success of her fellow British athlete Tom Bosworth in the men’s race, Bethan Davies was delighted to claim the bronze medal for Wales after a testing 20km on Currumbin Beachfront, while the silver was secured by New Zealand’s Alana Barber. 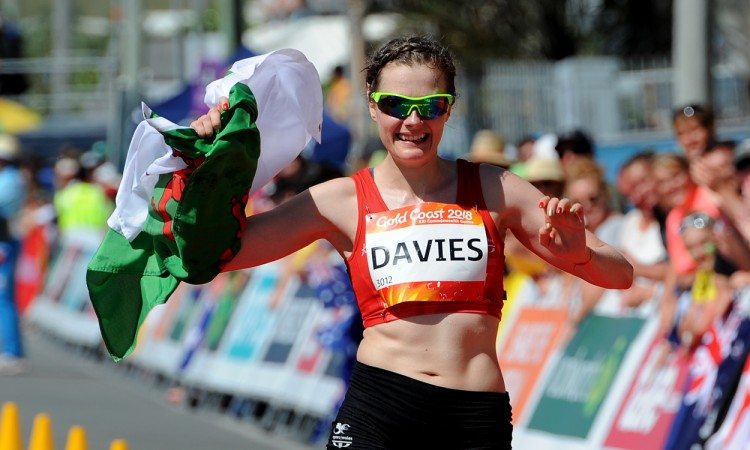 Joining her team-mate Dane Bird-Smith in victory, Montag came close to the Games record with her winning time of 1:32:50, while Barber’s silver was secured in 1:34:18 and Davies bagged bronze in 1:36:08.

India’s Khushbir Kaur was fourth in 1:39:21, but her team-mate Soumya Baby was disqualified. England’s Gemma Bridge was fifth with a time of 1:39:31, while Wales’ Heather Lewis was seventh and Isle of Man’s Erika Kelly ninth.

“It’s only my third time racing this distance so to come away with a win is amazing,” said Montag. “The race, being in Australia with my friends and family on the sidelines, it didn’t even feel like I was racing. I was being pushed along by their support.”

Up until 18km, Australia had looked on for a one-two as Tallent and Montag pushed each other at the front of the field. Montag had been ahead as 10km was passed in 46:01 and she continued to push the pace.

Continuing her comeback after having her first child last year with her husband Jared, the 2012 Olympic 50km race walk champion, Tallent was determined to give the race her and all fought back. But it came at a cost.

After being shown a third and final red card for a loss of foot contact while leading with just over 2km to go, Tallent sat on the ground devastated.

“There’s no way I’d ever be content with knowing that I didn’t try and win,” said the 36-year-old, who will now turn her attention to the 50km race walk at next month’s IAAF World Race Walking Team Championships in China.

“I wanted my fairytale like everyone does, I suppose. I really knew I had it in me today and hopefully I displayed some of that out there and showed some grace and dignity in my defeat.”

Prior to the competition, Davies had said a top five spot was her aim for the Gold Coast Games and was overjoyed with bronze after concentrating on her own race and not letting the drama in front of her make an impact.

“I’m absolutely over the moon. It was a tough race, tough conditions. The girls went away from me but I knew to just keep to my own plan. I’m thrilled to have managed to get that bronze medal,” she said.

“I knew that I was ranked around fifth and we were all very close so I knew I could be in the mix. Sometimes it’s just, push yourself as much as possible and hope that this happens!”