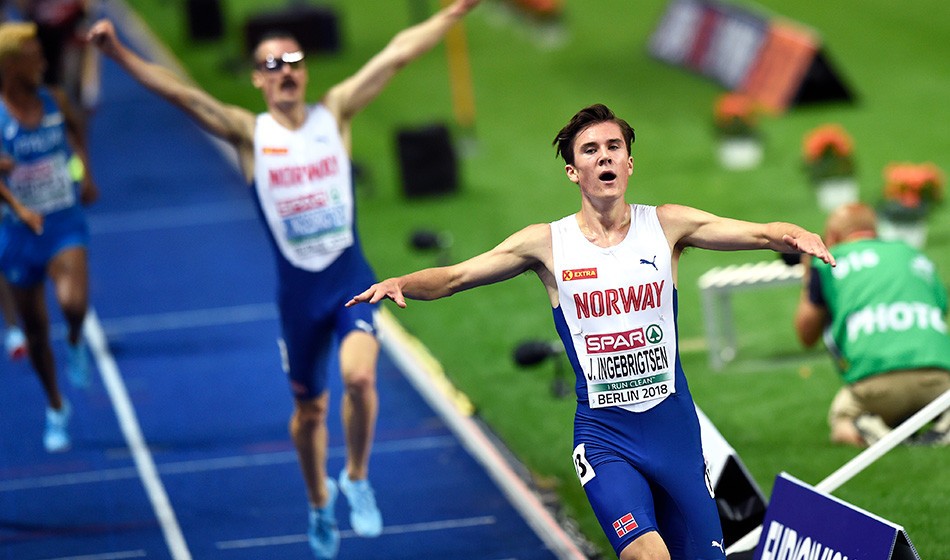 Two of the three Ingebrigtsen brothers will target the Norwegian 5km record when they return to road race action on Wednesday (May 20).

Jakob and Henrik, gold and silver medallists in the 2018 European Championships 5000m (pictured), are among those taking on a 5km race in the Norwegian city of Stavanger and they have their eye on the national road mark of 13:37 set by Sondre Nordstad Moen in Monaco in February 2019.

According to European Athletics, the race has been adapted to comply with health and infection control rules due to the coronavirus pandemic.

“The athletes will line up in grid format and there will be a half-a-minute gap between the two pools,” said the governing body.

Neither Jakob, the double European champion in 2018, nor his older brother Henrik, the 2012 European 1500m winner, have ever competitively raced over the distance on the road but 19-year-old Jakob broke the Norwegian 10km record on his debut in October, clocking 27:54.

The fastest official 5km road time by a European athlete is Julien Wanders’ 13:29 from February 2019 but Jimmy Gressier has since clocked 13:18, with that time from February awaiting ratification.

Further Forus Perseløp event info can be found at spirit-friidrett.com/forus

Both Jakob and Henrik are also set to race over 2000m at the Oslo ‘Impossible Games’ which is due to take place instead of the traditional Diamond League meeting in June.