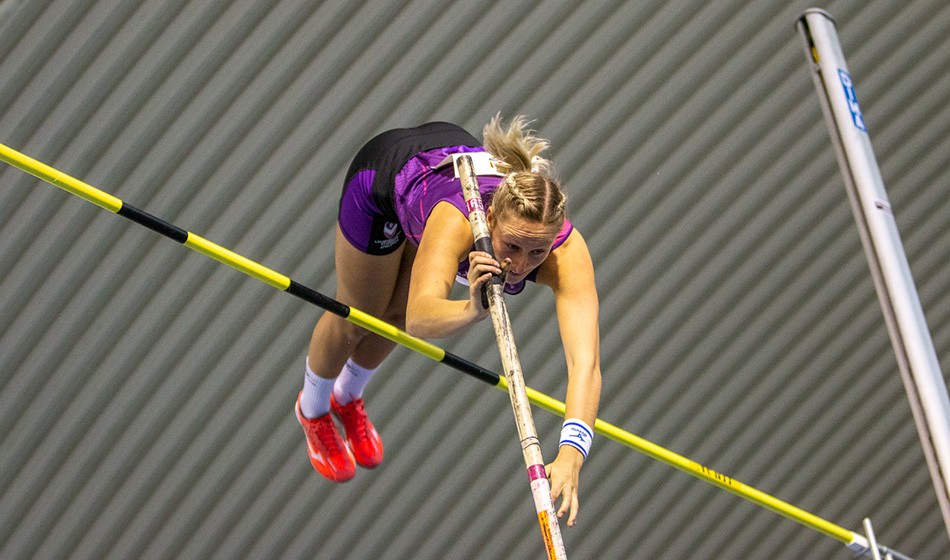 Coverage of British universities and colleges action in Sheffield, plus Malaika Mihambo’s world lead in Berlin, Barcelona Half Marathon highlights and more

While world records were being broken in Glasgow and Monaco, there were a number of other highlights on a busy weekend of action.

Click the links below to read our separate event reports and see further highlights listed beneath that.

British pole vault record-holder Holly Bradshaw was among the winners as she claimed her first BUCS title after clearing a season’s best of 4.65m.

Andrew Morgan-Harrison stormed to a European-leading PB and championship best of 20.66 to win the men’s 200m, while the women’s title was claimed by Jazmine Moss in 23.88.

The first day of action saw Charlie Dobson win the men’s 60m title in a championship best of 6.64, while Cheyanne Evans-Gray won the women’s race also in a CBP of 7.28 as Alisha Rees ran 7.32 in second to improve her own recently-set Scottish record.

Another local win came in the women’s 60m as Lisa Marie Kwayie claimed victory in 7.25, while Emre Zafer Barnes of Turkey won the men’s race in 6.60.

GB’s James Dasaolu continued his comeback from injury by running 6.75 in the 60m heats and 6.78 in the final.

Toshikazu Yamanishi won the men’s 20km race walk in a world-leading 77:36, while Kumiko Okada won the women’s race in 89:56.

Kibiwott Kandie won the men’s race in 29:57.7 as Geoffrey Kamworor reportedly got misdirected near the finish and was second in 30:05.5.