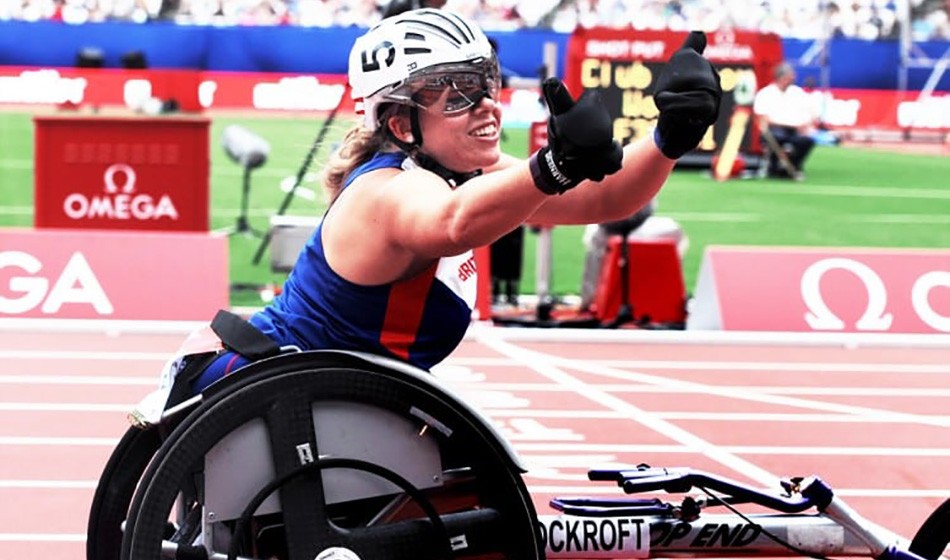 Hannah Cockroft, Sophie Hahn and Stef Reid have been announced for the Müller Anniversary Games, which will see them return to the scene of their 2017 World Para Athletics Championships success.

Five-time Paralympic champion Cockroft said: “I am so excited to be heading back to the London Stadium to compete at the Müller Anniversary Games. It will be an important race for me ahead of the Paralympic Games in Tokyo.

“Opportunities to race against the best in the world in front of a home crowd don’t come around very often, so it will be a special occasion and a significant milestone in my season.

“The support from British fans is like no other, and I cannot wait to compete in front of them. I have great memories from the London Games in 2012, and the 2017 World Para Athletics Championships, so it will be the perfect send off before my third Paralympics.”

Reid, who has recently been appointed as a UK Athletics vice president, said: “I cannot wait to get back into the London Stadium where I’ve experienced some of the best moments of my career. I still get butterflies when I drive past the stadium and the event will be the perfect send off to Tokyo 2020!”

Cherry Alexander, major events director at British Athletics, added: “British Athletics are delighted to integrate several outstanding para athletics events into the programme at the Müller Anniversary Games. We are delighted to offer world-class competition to athletes which acts as a crucial milestone in their build-up to the Paralympic Games later this year.

“There are a number of Paralympic, world and European champions who will join us across the weekend of the 4 and 5 July, so you are seeing the very best athletes take to the track and field at this prestigious event in the calendar.

“We are very much looking forward to seeing the best para athletes in the world line-up alongside Katarina Johnson-Thompson, Dina Asher-Smith and Mondo Duplantis who have already been confirmed.”