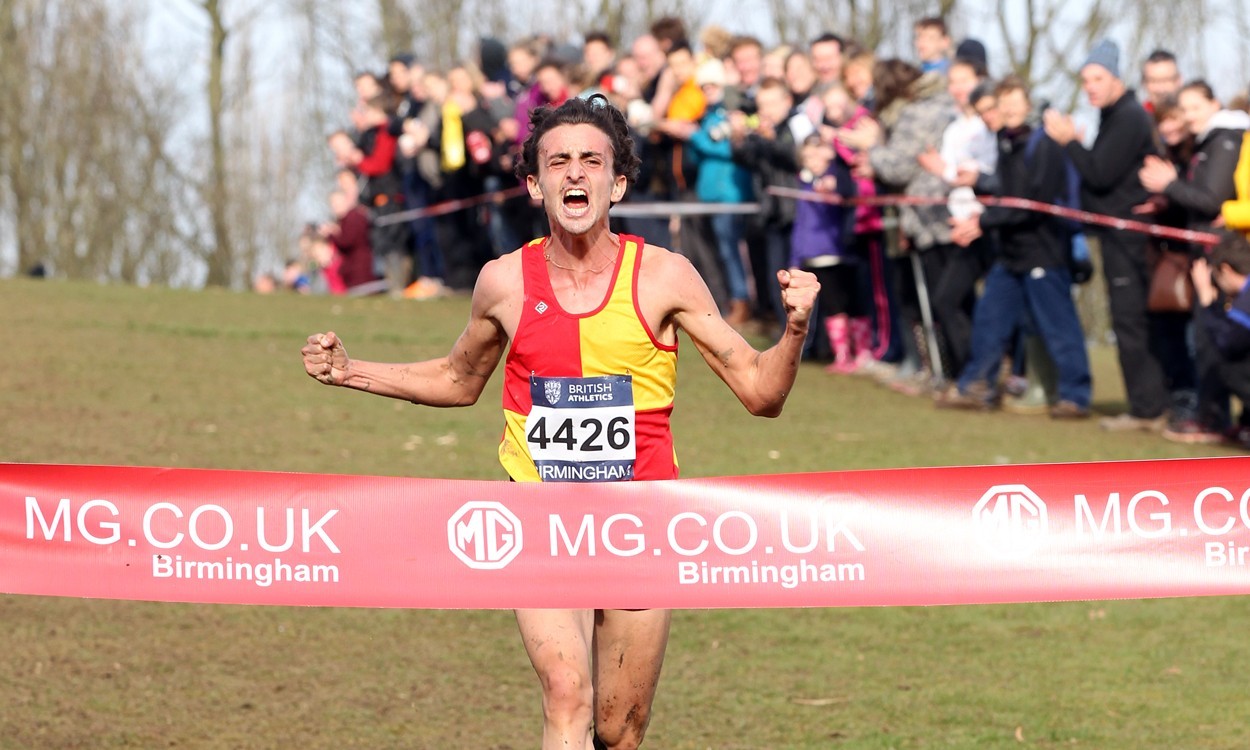 It was clear from Richard Goodman’s ecstatic celebration as he crossed the finish line in Cofton Park just how much his first senior Inter-Counties cross country title meant. With his fists punching the air in delight, the Middlesex man saw off the challenge of Steve Vernon to reverse the result from the National Cross at Wollaton Park a fortnight earlier.

On a weekend when the spotlight has firmly fallen on Sopot and the IAAF World Indoor Championships, Goodman’s delight – and Vernon’s disappointment – showed just how much domestic titles on the mud matter.

Frustrated to have been beaten in the National late last month, Goodman refused to yield an inch this time in Birmingham. Locked in battle with Vernon and Dewi Griffiths for much of the way, the 20-year-old made his break on the final lap and finished nine seconds ahead of Vernon, with Griffiths sealing the overall Cross Challenge series title a further eight seconds back in third.

Both winner and runner-up said it was as much a mental war of attrition as it was a physical test on a relentlessly rolling and, in patches, churned up course. For Goodman, it represents a big breakthrough into the senior ranks, too.

A national champion as a teenager, Goodman endured a torrid, injury-interrupted time at the University of Oregon before returning to St Mary’s last year. The 20-year-old missed the whole of 2012 and most of 2013 with injury, but is now advised by Mick Woods, although he jokes that he’s “uncoachable” due to his tendency to overtrain.

This winter, though, everything has clearly worked for Goodman, including a spell at altitude in Kenya in January. A magnanimous Vernon, meanwhile, suggested it was time a new generation of runners began to take over.

Ben Dijkstra and Sabrina Sinha were among the day’s most emphatic winners in the under-15 races. Under-20 victories went to Matt Shirling and Bobby Clay, the latter being followed home in second by sister Alex.

Alex Brown won the under-13 girls race, while Zakariya Mahamed, who was born in Ethiopia and moved to the UK in 2010, took the under-13 boys title.

One of the closest races of the day saw Harriet Knowles-Jones and Lydia Turner slug it out in the under-17 women’s race before Knowles-Jones broke away from the National champion in the latter stages. In similar fashion, Jordan Rowe burst clear from Zak Miller to win the under-17 men’s race.

Away from the podium places, one of the most noteworthy results saw Jess Judd finish sixth in the under-20 women’s race. The 800m star had not raced since the IAAF World Championships in Moscow after a fall in training caused a stress fracture in her back. Collapsing at the finish at Cofton Park, she was smiling moments later and said she had only been back in training for six weeks and was confident of being back to her best this summer.

» See this week’s Athletics Weekly for ten pages of reports, photographs and results from Cofton Park