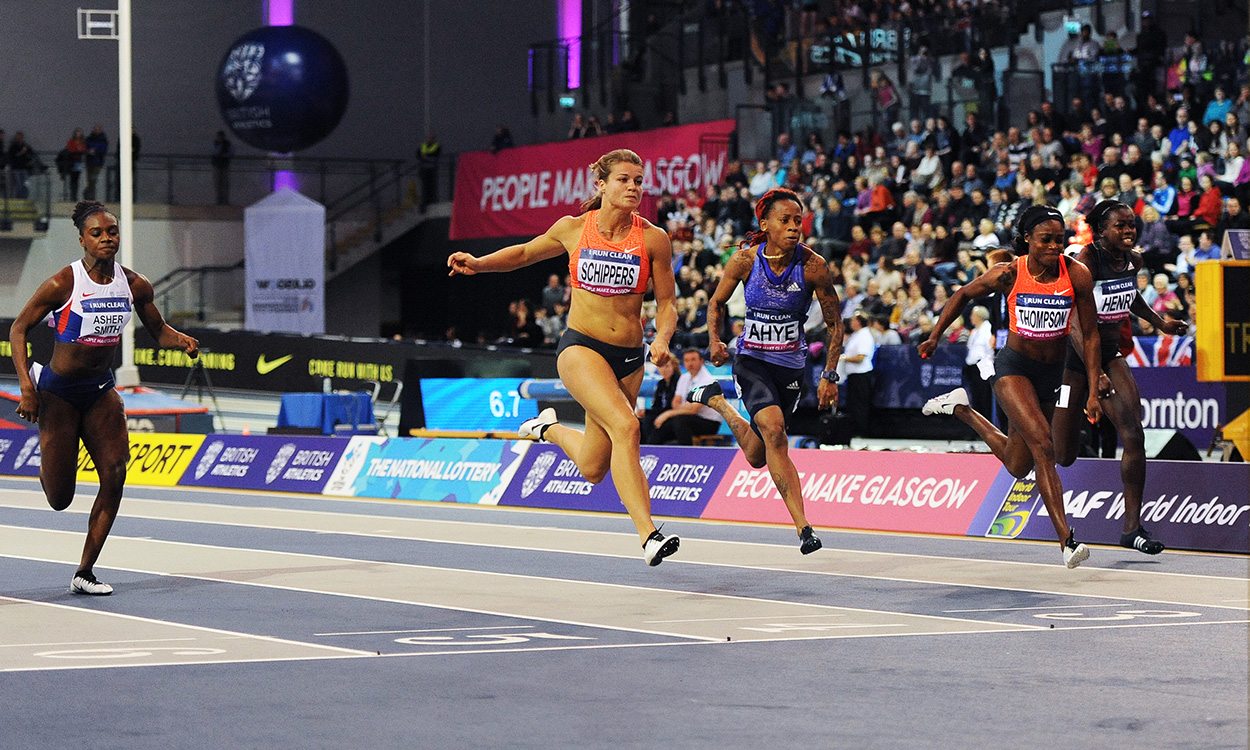 Glasgow’s Emirates Arena will play host to some of the biggest athletics names on the planet on Sunday (February 25) as the Müller Indoor Grand Prix looks set to live up to its billing as the finest indoor meeting in the world.

It presents the perfect opportunity for some athletes to fine tune their preparations for the IAAF World Indoor Championships and, for others, finish their indoor season on a high ahead of year which includes the Commonwealth Games and European Championships.

This will also be the final meeting in the IAAF World Indoor Tour, with wildcards for the World Indoors available to those who have not already qualified to compete for their nation.

Both the men’s and the women’s 60m sprints look particularly enticing. In the men’s race, two of Britain’s world championships-winning 4x100m relay quartet – CJ Ujah and Adam Gemili – will go up against the likes of China’s fastest ever man, Su Bingtian.

The women’s race will provide fireworks too. Home favourite Dina Asher-Smith will have her work cut out against a field which includes two-time world 200m champion Dafne Schippers and double Olympic champion Elaine Thompson.

Several of Britain’s top para-athletes will be competing, with Maria Lyle, who will represent Scotland at the Gold Coast Games, joining a 60m contest which involves Sophie Hahn and Olivia Breen.

The women’s 800m closes the programme and here there will be home cheers for Lynsey Sharp and Mhairi Hendry, with Adelle Tracey joining them in action.

Over in the field events, recently-crowned British champion Greg Rutherford will continue his return from injury in the long jump, while in the women’s high jump, world champion Maria Lasitskene will look to extend her winning streak as she forms part of a field also including Britain’s Morgan Lake.

Other athletes in action include Hagos Gebrhiwet, Yomif Kejelcha, Andrew Heyes and Paul Chelimo in the 3000m; Sharika Nelvis, Megan Marrs, Andrew Pozzi, Jarret Eaton and Aries Merritt in the 60m hurdles; Katerina Stefanidi and Molly Caudery in the pole vault; Beatrice Chepkoech and Steph Twell in the 1500m, Tianna Bartoletta and Ivana Spanovic in the long jump; and  Tom Bosworth in the 3000m race walk.