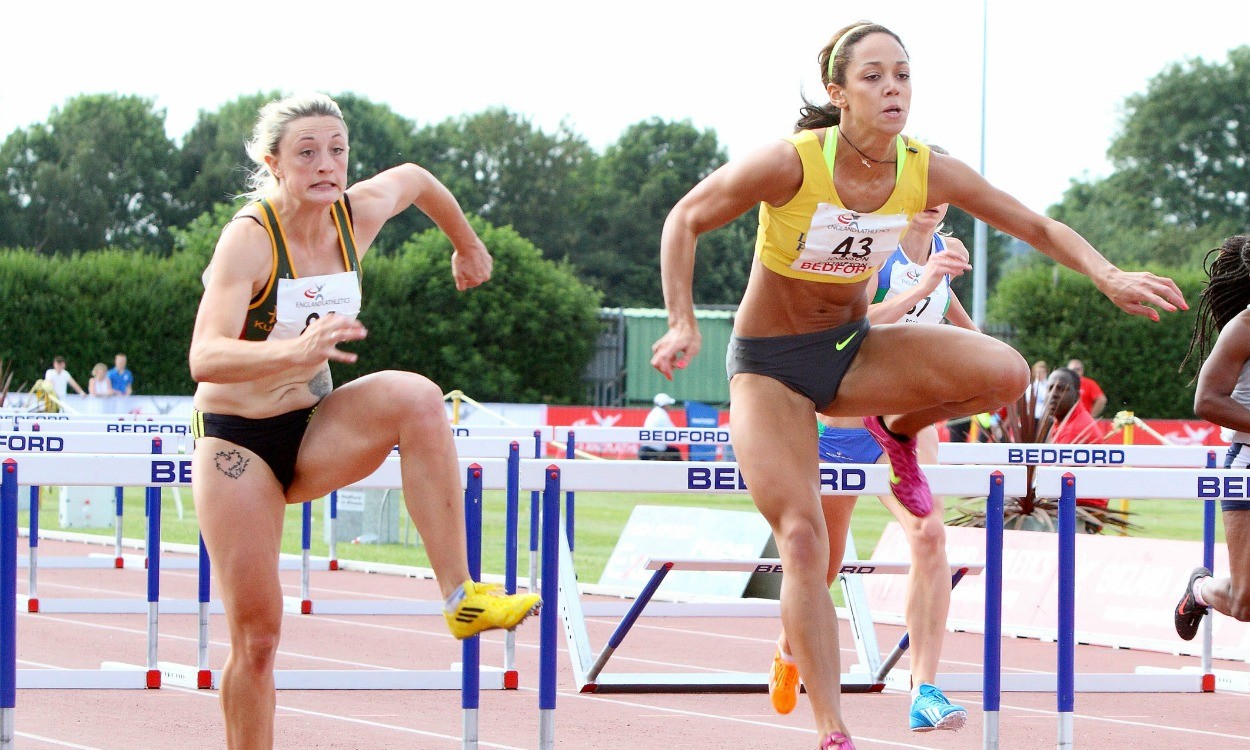 In both cases up to three athletes can be selected, but a maximum of two can go to the IAAF World Youth Championships for under-18s in Cali, Colombia, on July 15-19.

Two of Britain’s best heptathletes are among those set to compete in Bedford, but preparing for the IAAF World Championships for seniors rather than for the age-group events.

European indoor champion Katarina Johnson-Thompson is due to contest the javelin and 100m hurdles, while Morgan Lake, who won world junior high jump and heptathlon titles last year, is entered for the high jump and long jump.

European indoor bronze medallist Lucy Hatton, pictured above left with Johnson-Thompson, is also among those set to race the 100m hurdles.

Paralympic champion Jonnie Peacock is due to compete in the 100m where Roy Ejiakwekwu is among the top names. World junior 110m hurdles bronze medallist David Omoregie should face tough opposition from David King.

The women’s 5000m looks like it could be competitive with European under-23 champion Rhona Auckland facing Calli Thackery and Becky Straw. European indoor representative Kirsten McAslan goes in the 400m and the two-lap event features Katy Brown, Katie Snowden and Adelle Tracey.

The women’s under-20 section also looks particularly strong. At the time of writing, Britain has the top juniors in Europe in three events and all are entered: Shannon Hylton in the 200m, Lavia Nelson in the 400m and Bobby Clay in the 1500m.

On the men’s side, Ojie Edoburun and Reece Prescod head the European under-20 rankings for the 100m and 200m respectively and both should start in Bedford.

Leading Britain’s hopes for gold in Eskilstuna will be Adam Hague and the UK junior pole record-holder is set to appear this weekend alongside regular rival Harry Coppell. Hammer throwing super-talent Taylor Campbell is another who will have medals on his mind in Sweden.

» The action gets underway at 10am on Saturday and 9am on Sunday. See next week’s AW magazine for reports, pictures and results