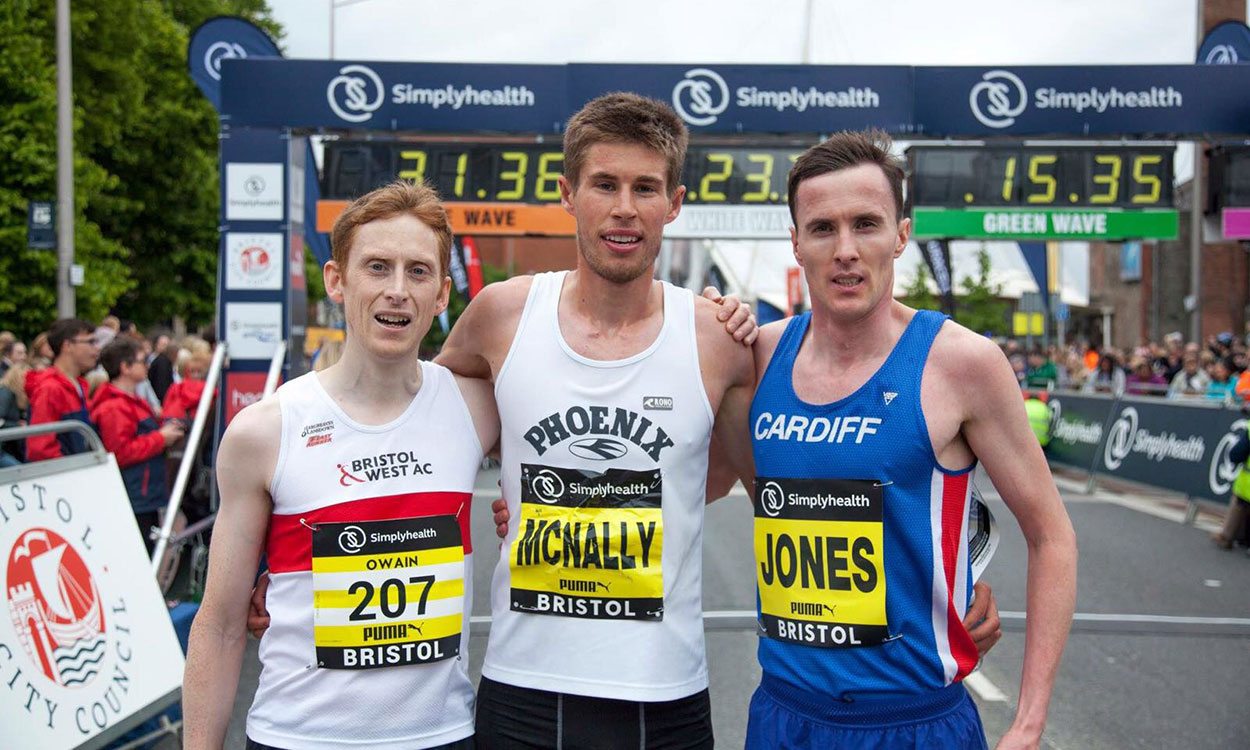 Recent performances include a 10.09 100m by Reece Prescod in Newham and a winning steeplechase PB by Rosie Clarke in Stanford, plus BAL and UKWL results

While attention was on Doha for the Diamond League and Monza for Nike’s Breaking2 attempt this weekend, there was plenty of other action.

A more in-depth report and photographs will appear in this week’s AW magazine.

Kyle de Escofet won the 100m into a strong headwind in 10.85 but remarkably that was Birchfield’s only ‘A’ string victory and they achieved their win off a solid all-round team performance.

Adam Hague of Sheffield won the pole vault with a 5.30m leap, Zane Duquemin of Shaftesbury won the discus with a 59.20m throw and Newham’s Harry Hughes won the javelin with a 72.03m throw.

Shaftesbury’s Seb Rodger clocked a winning time of 50.32 in the 400m hurdles which was the track highlight.

Anthony Whiteman ran 1:53.40 for fifth place in the 800m which was a second inside American Saladin Allah’s M45 world outdoor record from 2005 and bettered the British M45 outdoor record by almost four seconds, though it was slower than his indoor mark from earlier in the season.

A report and photos will appear in this week’s magazine.

The match proved a close affair between Welsh rivals Cardiff and Swansea, with Cardiff winning by two points.

Blackheath’s James Whiteaker won the javelin with a 77.03m PB to take over four metres off his previous best for the longest javelin throw by a British junior since the turn of the century.

Hosts Kingston and Poly won a tight match by 10 points from other London-based clubs Herne Hill and Kent AC.

The latter’s Jack Green’s 50.27 400m hurdles win was the pick of the performances.

Thames Valley Harriers were clear winners from Edinburgh, with Birchfield a close third.

Rosie Clarke took 15 seconds off her steeplechase PB and set a World Championships qualifier in narrowly winning the race in 9:36.75 to move to sixth on the UK all-time list.

Sunderland City Half Marathon, May 7

Rio Olympian Alyson Dixon returned to competition after her London Marathon PB to beat world marathon record-holder Paula Radcliffe by a second in a time of 83:01.

A total of 318 athletes raced under the 20-minute barrier.

W50 Clare Elms won the women’s race though Kent AC followed up their English Championships win in the London Marathon by defeating Dulwich and Victoria Park, who also made the top four teams in London.