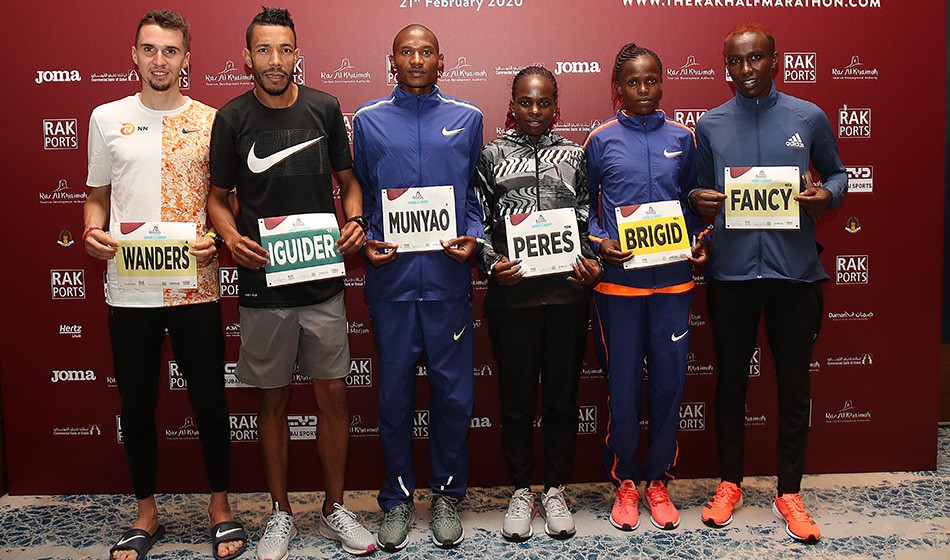 Fast times are on the cards for Friday’s Ras Al Khaimah Half Marathon, with top fields including the likes of Brigid Kosgei and Julien Wanders in action.

Kenya’s women’s marathon world record-holder Kosgei will be joined on the start line in the United Arab Emirates by a further 10 women with sub-67-minute personal bests, while the elite men’s field features 11 athletes with sub-60-minute PBs.

“I think Ras Al Khaimah is a fantastic course as several world records were broken on it before,” said Kosgei.

“While I’m preparing now for the London Marathon, I would like to break my personal record this weekend for the half-marathon.”

Kosgei has a PB of 65:28 which she ran last March, but she clocked the fastest ever half-marathon time by a woman at last year’s Great North Run with 64:28, though that course is not eligible for record purposes.

The women’s world record currently stands at 64:51 by Joyciline Jepkosgei in 2017, while the men’s record mark is Geoffrey Kamworor’s 58:01 from last September.

After his European 10km record in Valencia, Wanders said his training has gone well and he is looking to break the 59-minute barrier.

“It is a course that I like quite a lot, my training group helped me to arrive here in good shape,” he said.

This year’s Ras Al Khaimah Half Marathon will see a prize purse of AED 1,219,000 (about $332,000) distributed among the leading elite runners as well as the UAE national and age group categories.

The elite races begin at 7am local time on Friday (February 21), which is 3am UK time.