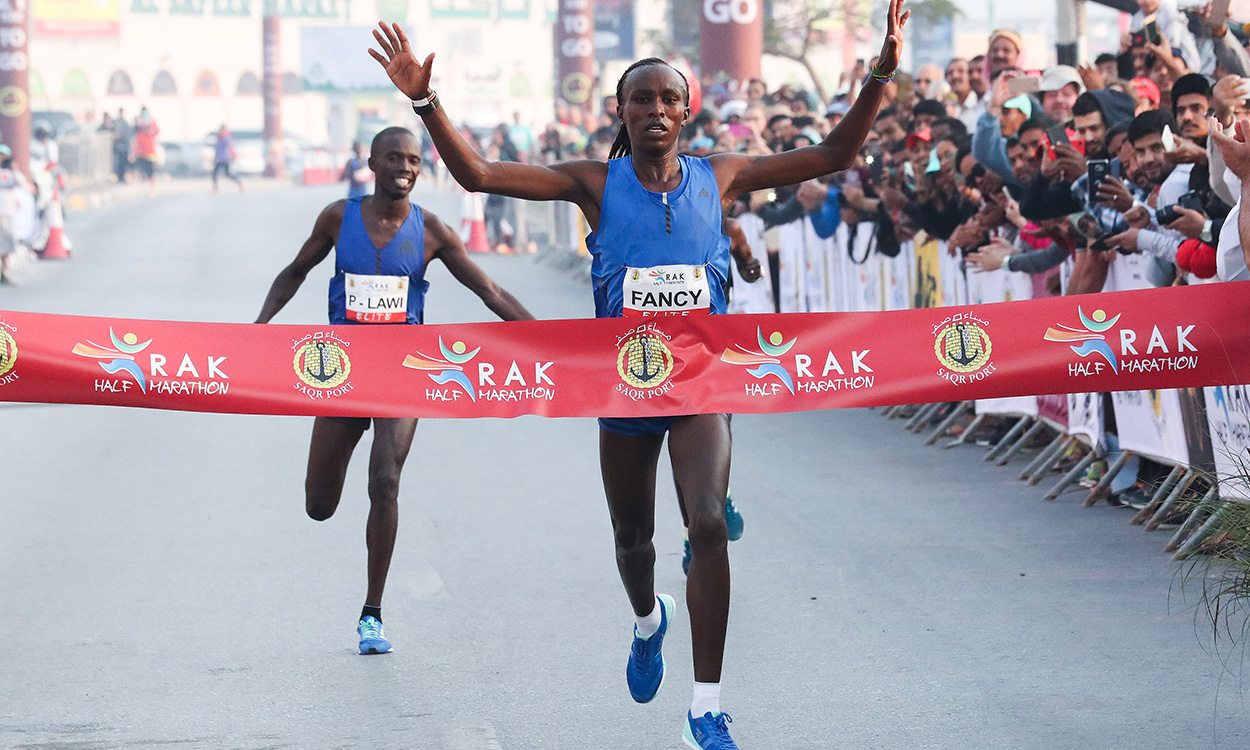 Given the stacked fields for the 12th RAK Half Marathon, fast times were expected and athletes duly delivered, with both course records broken and Fancy Chemutai just missing the world record.

It was a Kenyan double as following Chemutai’s win, Bedan Karoki claimed the men’s title.

The women’s race had featured a clash of world record-holders as Joyciline Jepkosgei, who ran 64:51 for a world half-marathon record last October, lined up alongside three-time RAK champion and women-only marathon world record-holder Mary Keitany.

But it wasn’t Jepkosgei challenging her fellow Kenyan Keitany in the closing stages, but instead Chemutai, and a sprint finish saw Chemutai storm to victory as she clocked 64:52 to come so close to the world record mark and beat Keitany by three seconds. With their PBs, the pair move to second and third on the world all-time list behind Jepkosgei.

In a race with incredible depth, four women dipped under 66 minutes, with Kenyans Caroline Kipkirui third in 65:07 and Joan Chelimo Melly fourth in 65:37.

Jepkosgei, who had been suffering flu in the previous weeks, was fifth in 66:46 and Ethiopia’s Degitu Azimeraw Asires sixth in 66:47.

The leaders had gone through 5km in 15:15 and 10km in 30:35, while race commentator Tim Hutchings reported Kipkirui, Keitany and Chemutai to have gone through the 10-mile mark in 49:29, which is quicker than the official world best. 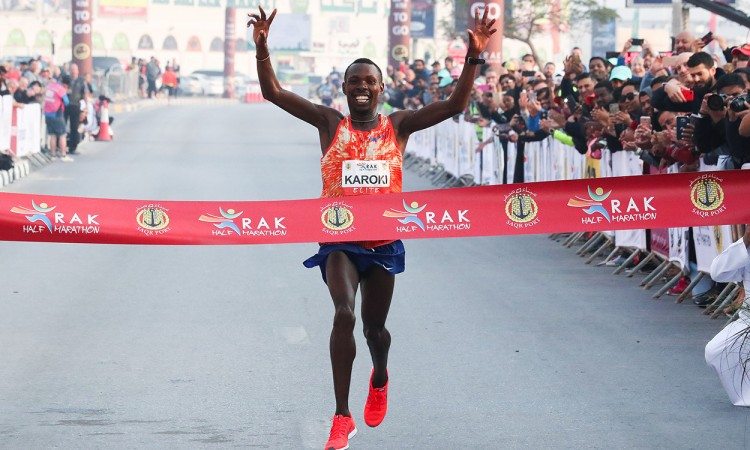 In the men’s race, defending champion Karoki claimed a more comfortable victory but that didn’t stop him also going for a quick time and he ran 5km splits of 13:53, 13:56, 13:56, and 14:12 before eventually clocking 58:42 to win ahead of Ethiopia’s Jemal Yimer, who with 59:00 recorded the fastest ever debut half-marathon.

Full results and split times can be found here.