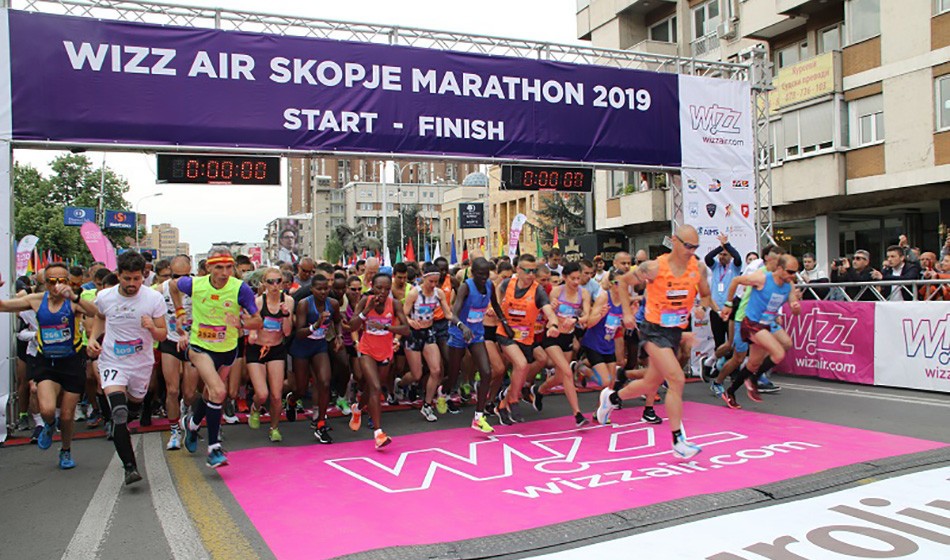 Macedonia is not in most runners’ thoughts as a marathon venue but the city of Skopje and its main race – the Wizz Air Skopje Marathon – are making a big effort to publicise its worth. This year around 60 countries were represented and the event should continue to grow.

There was one decidedly bigger name this week, though not running-related, as the Pope was in the city a few days later which meant the race had to be held on the Saturday rather than the Sunday and the square closure meant a few changes to the course and start.

The race took place for the 15th time having been first held in 1997 but stopped for a few years due to mainly financial reasons but resumed in 2007, and the race now attracts around 12,000 entries in the three main races.

As Skopje is the capital of Macedonia (formerly a part of Yugoslavia), this is their London Marathon equivalent but with a much smaller country and running pedigree, is on a much smaller scale. 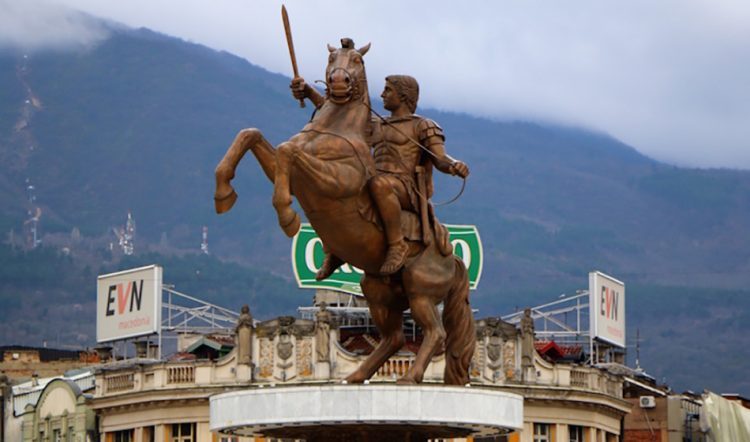 The number of spectators and consequently the atmosphere and support is not comparable but the race is well organised and dominated up front by Kenyan and Ethiopian athletes. The course is flat and fast and the city has some impressive landmarks and statues.

This year there were around 300 finishers in the marathon, around 4000 in the half-marathon and nearer 8000 in the 5km. 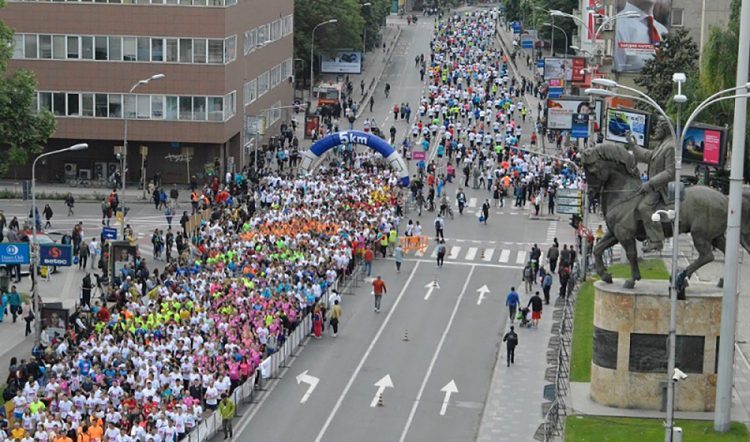 The race used to be in March but because of EEC assistance, the race is held on European May day weekend.

Unfortunately, this date is often the hottest weekend of the year, unlike March when it used to snow, and means they may consider holding next year’s marathon in October and hold a shorter race in May.

However, while it was very hot the day before, Saturday was mostly cloudy and conditions were quite good (mostly around 17-18 degrees for the elite races and little wind).

The race, unlike London, is held with a half-marathon, a marathon relay and a 5km. The marathon course is over two laps, which certainly would not work in London, nor would the 5:30 time limit.

There are some big roads in the city and they were needed as at one stage on the same road, half of it was taken up by the finish which had 5km runners on their right and half-marathon on their left and the rest of the road was taken up by the marathoners going on to their second lap on their right and the other side with half-marathoners and marathoners going the other way after about 10 miles of their race.

Start of the Wizz Air Skopje Marathon in Macedonia pic.twitter.com/RsJGsIvFZs

Kenya’s Eunice Muchiri was winner of a keenly-contested women’s race. She broke clear on the second half of the race to win in a big PB and race record of 2:33:38 from compatriots Euliter Tanui (2:35:32) and Naomi Limamurei (2:38:32).

Ethiopia won the men’s race with Chalachew Asmamaw Tiruneh winning in 2:15:37 from Kenya’s Wilfred Korir (2:16:54) and Ethiopia’s Getaye Gelaw (2:19:32) but the lack of depth is illustrated by only these three beating the first woman.

The top home runners were Aleksandar Kiradjiev (2:37:41) and Adrijana Pop Arsova  (2:52:52) who both took their national titles.

The half-marathon race was more of a domestic event with Macedonia’s top runner Danio Ivanovski winning with plenty in hand in 72:31 with Zita Kacser of Hungary winning the women’s race in 82:53.

The over-distance 5km is the most popular race and space is at a minimum further back as around 10 runners stream across the line every second. Notably, maybe connected with Radcliffe’s presence last year in the race, there were significantly more women than men.

Even though I ran like I had run two marathons in the past few weeks, I did finish in the top 40 which meant I was easily in the top 1% which is very unusual for me these days but I cannot recommend the 5km race in scenery terms – there was no way I could have run further – but the half-marathon and marathon looks a more interesting option, especially the marathon if you like space to run freely.

Skopje is an impressive historic city and I can recommend Macedonia for a visit for those who haven’t been before. I would like to go back another time. 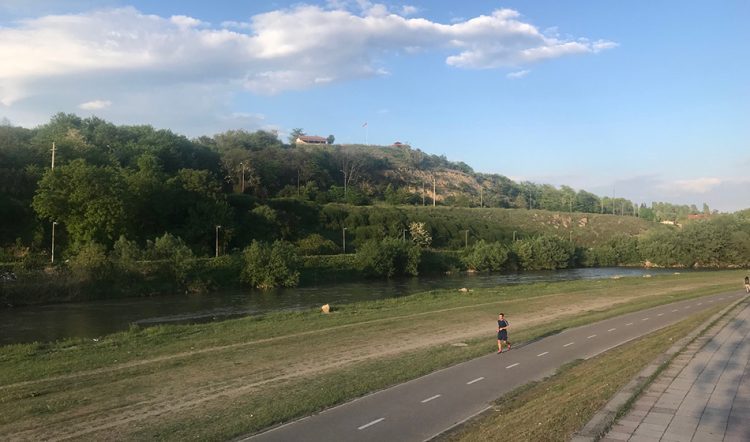 While the race itself sticks to the city areas, Skopje has superb trails along the river and parks to run along and the hotel I stayed in (Park Hotel and Spa) was one of the best I have been to in 40 years of travelling to athletic events and races all over the world.